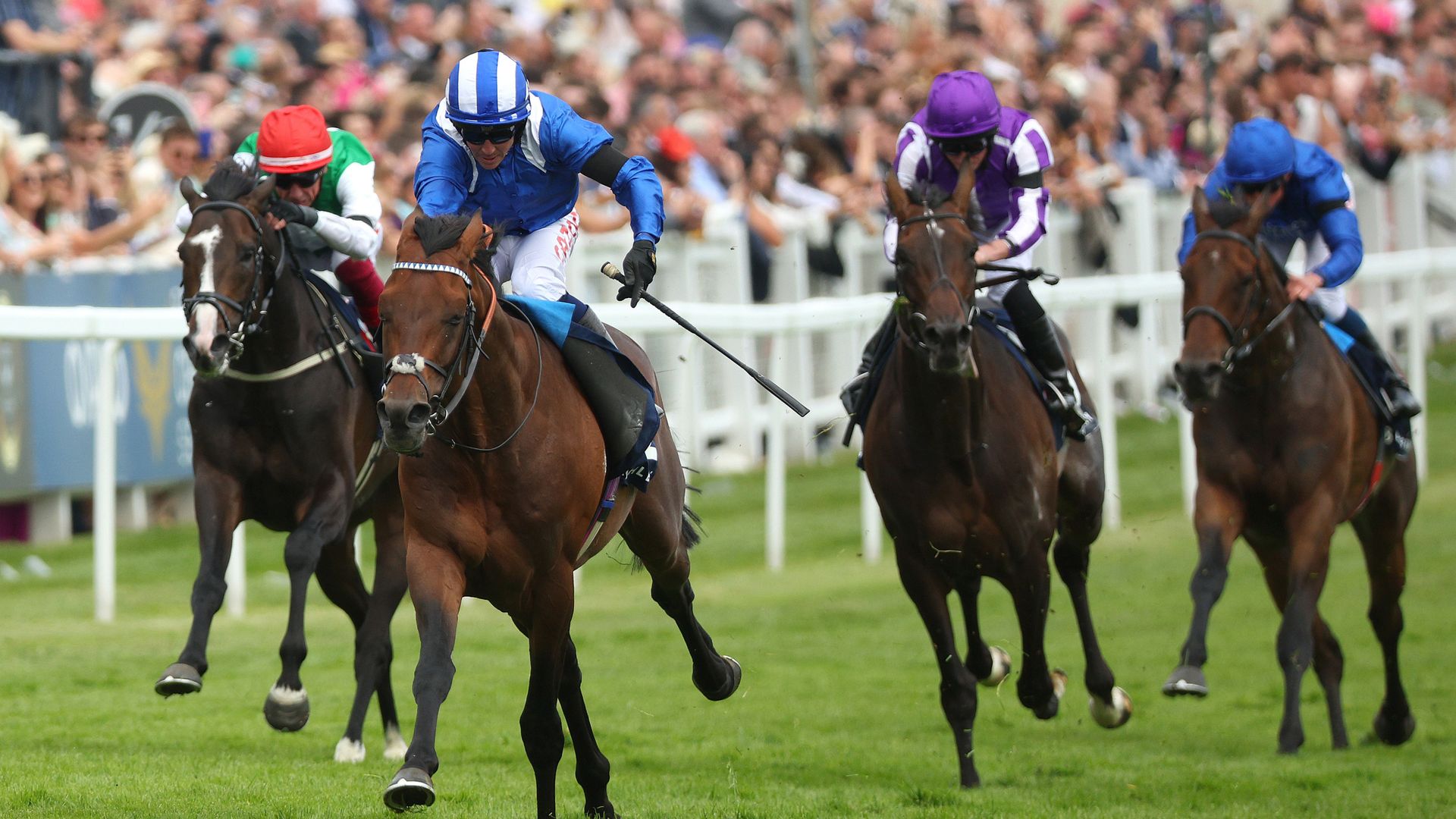 Burrows claims first Group One with Hukum success in Coronation

It was a case of sweet revenge for Jim Crowley as Hukum stormed to an impressive success in the Dahlbury Coronation Cup at Epsom.

Crowley had to settle for a silver medal on Al Aasy 12 months ago, but there was no doubt he would be picking up gold this time around as Hukum (11-4) powered clear of defending champion Pyledriver in the closing stages.

It was last year’s winner who was sent to the front early into the contest by Frankie Dettori, but he was quickly shadowed by Crowley aboard Hukum and the duo cruised to the lead as Dettori started to get serious on the 2-1 favourite around the two-furlong pole.

Hukum was soon in the clear and the closing stages were just a formality as the five-year-old galloped to the line to provide trainer Owen Burrows with his first Group One victory.

Crowley said: “He’s always threatened to do that, if you remember what he did at Ascot last year in the Cumberland Lodge, he absolutely demolished them.

“He’s always been there, he was unlucky in the Sheema Classic I felt, finishing seventh but beaten less than two lengths. Coming here today I was confident he’d go close. He’s won over a mile and five furlongs so I didn’t want a sprint. When I saw Frankie go, I had to make the decision to go and after that he was a great ride.”

Burrows said: “He won his Group Two in Dubai and then probably ran a career-best in the Sheema Classic. He was drawn wide that day, they didn’t go quick and he was only beaten a little over a length and a half so I was relatively pleased.

“I always thought he might win a Group One, he looked progressive there so we’ll have to see where we go next.

“A bit of juice is important, but he’s pretty versatile. He’s in the Grand Prix de Saint-Cloud, he’s in a German Group One, he’s in the Irish St Leger and then we possibly thought Canada. I thought we might have to travel to win one, but we might have to rethink that now.

“The King George is the obvious one, but we’ll have to see what the ground is like. He’s not in the Arc but it was a conversation, we did debate it. It will have to be an option and he’s in that division now.”