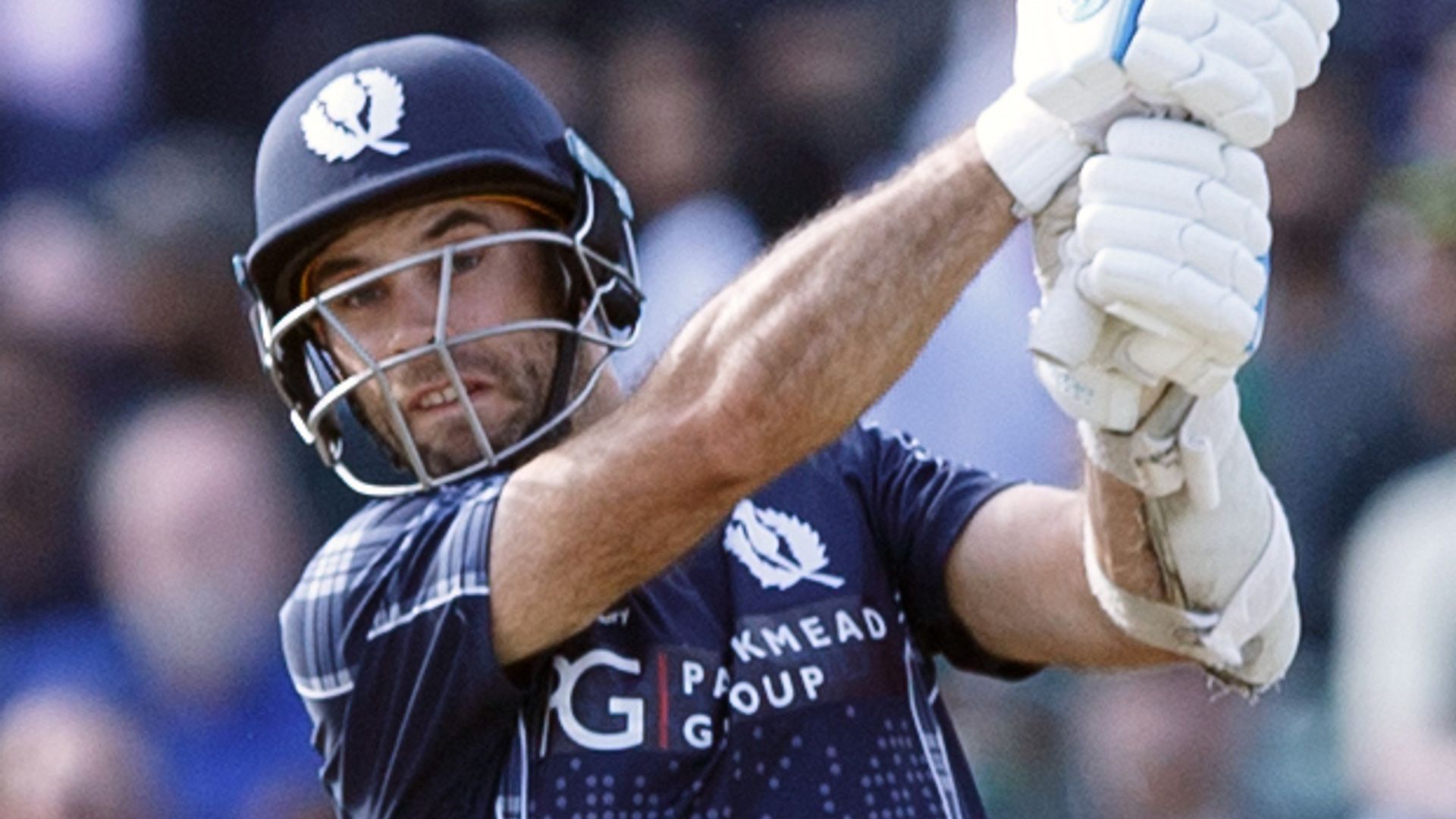 Coetzer to stand down as Scotland captain

Scotland captain Kyle Coetzer will step down as captain following Friday’s match against the UAE in the ICC Cricket World Cup League 2 tri-series; the 38-year-old will have led his country in 110 of his 214 international appearances

Kyle Coetzer is to stand down as Scotland captain after Friday’s ICC Cricket World Cup League 2 tri-series fixture against the UAE.

The match in Texas will be Coetzer’s 110th as skipper and his 214th appearance for Scotland, making him the country’s third most capped player.

The 38-year-old Aberdonian, who captained Scotland to Super 12s qualification in the 2021 T20 World Cup, said: “I have thought long and hard about my decision to step down as captain of the Scotland men’s side and have decided this test against the UAE will be my last at the helm.

“It’s been an absolute pleasure to lead this group through various stages in our growth and development and captain my country and I will look back on the time with such fondness.

“I’m extremely proud of where we have got to and I’m even more excited with where this team can go under its next leader.

“It’s been fantastic to see how the players are managing themselves on the field recently and to effectively have more than one leader out there has been a really positive and encouraging sign for me.

“It was this that made me feel it was the right time to share my decision and step down.

“I’m so grateful to have been able to impact this group of players and help Scotland through this phase of cricket that I’ve been involved in.

“I’ve certainly given it my all and I hope the players and fans also feel it’s been a positive experience.

“Although part of me is sad to be stepping down, I’m happy with where the team currently sits and I’m full of anticipation about what’s to come next for us all.

“I’m extremely proud and thankful for all the efforts of my team-mates and everyone who has helped me along the way.

“It’s been a great journey so far and there’s going to be some more exciting cricket to play yet.”

Coetzer’s successor will be appointed before the team’s next series in July against Namibia and Nepal.

Cricket Scotland interim head of performance Toby Bailey said: “On behalf of all of Cricket Scotland, the coaching staff, men’s team and Scottish cricketing community, I’d like to extend a huge thank you to Kyle for all he has done during his time as captain.

“An incredible leader and cricketing talent, Kyle has made an unforgettable contribution to the game in Scotland, helping the team progress over the years and inspiring others.

“The captaincy is a fantastic opportunity for one of the leading lights in Scottish cricket to step up and take this team forward into an exciting new era for the sport in Scotland and I have no doubt there is a very capable new leader among them.

“We are all looking forward to seeing what Kyle continues to do on the field as a player and wish him all the very best for this next chapter.”