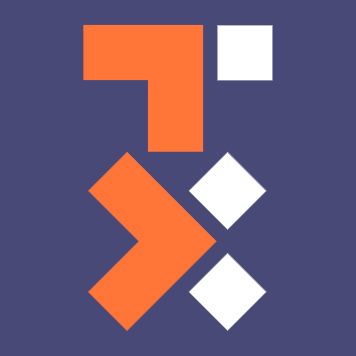 Taser developer Axon said this week it is working to build drones armed with the electric stunning weapons that could fly into schools and “help prevent the next Uvalde, Sandy Hook, or Columbine.” But its own technology advisers quickly panned the idea as a dangerous fantasy.

The publicly traded company, which sells Tasers and police body cameras, floated the idea of a new police drone product last year to its artificial intelligence ethics board, a group of well-respected experts in technology, policing and privacy.

Some of them expressed reservations about weaponizing drones in over-policed communities of color. But they were not expecting Axon’s Thursday announcement that it wants to send those Taser-equipped drones into classrooms to prevent mass shootings by immobilizing an intruding gunman.

Axon’s stock price rose with the news. But the announcement angered members of the ethics board, some of whom are now likely to quit in protest.

“This particular idea is crackpot,” said Barry Friedman, a New York University law professor who sits on the Axon AI Ethics Board. “Drones can’t fly through closed doors. The physical properties of the universe still hold. So unless you have a drone in every single classroom in America, which seems insane, the idea just isn’t going to work.”

Friedman said it was a “dangerous and fantastical idea” that went far beyond the proposal for a Taser-equipped police drone that board members—some of them former or current police officials—had been debating in recent months.

“We begged the company not to do it,” Friedman said of the company’s announcement. “It was unnecessary and shameful.”

Board members who spoke with The Associated Press said they were taken aback by the school drone proposal—which they got notice of only earlier this week—and cobbled together a unanimous statement of concern that described Axon’s decision as “deeply regrettable.” The company tweeted out the board’s dissent shortly after its own Thursday announcement.

“I wouldn’t be surprised if there were resignations,” said another ethics board member, Ryan Calo, a law professor at the University of Washington. “I think everyone on the board has to make a choice about whether they want to stay involved.”

Friedman and Calo both described this week’s process as a sharp turnaround from the respectful relationship that Axon executives have had with the board in recent years on controversial topics such as facial recognition—which Axon decided against using in its body cameras—and automated license plate readers.

“Sometimes the company takes our advice and sometimes it doesn’t,” Friedman said. “What’s important is that happens after thoughtful discussion and coordination. That was thrown out the window here.”

Axon’s founder and CEO, Rick Smith, said he first shared his idea for using technology to stop mass shootings in a graphic novel he wrote called “The End of Killing.”

“Now my company is working to make the idea a reality,” he wrote Friday in an introduction to an “Ask Me Anything” chat on the online forum Reddit to discuss the proposed Taser drones. Among his first questions was what to if a gunman tries to take down the drone.

“I believe hitting a relatively small drone will be fairly difficult, but certainly could happen,” Smith wrote. “In one respect, anything we do that distracts a shooter away from victims and shooting toward a drone is probably a good thing.”

© 2022 The Associated Press. All rights reserved. This material may not be published, broadcast, rewritten or redistributed without permission.

This document is subject to copyright. Apart from any fair dealing for the purpose of private study or research, no part may be reproduced without the written permission. The content is provided for information purposes only.