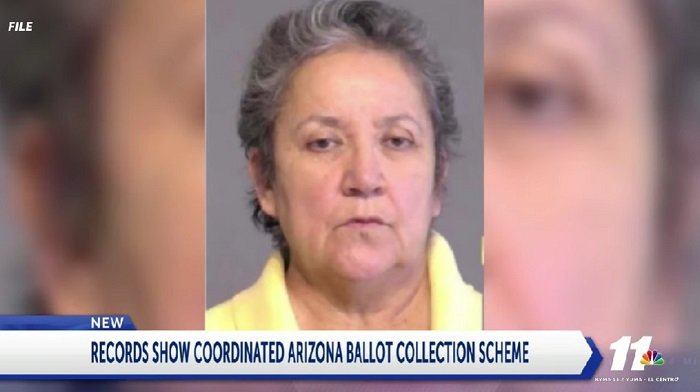 The Associated Press reports that the scheme, as per Brnovich’s office, was “a sophisticated operation” in which Fuentes was caught “using her status as a well-known Democratic operative” as a means “to persuade voters to let her gather and in some cases fill out their ballots.”

Fuentes, Brnovich further details in a statement, admitted that she “knowingly collect[ed] ballots from another person, and those early ballots belonged to individuals for whom I am not a family member, household member, or caregiver.”

UPDATE from the AP about a San Luis woman arrested in 2020 for ballot harvesting during the primaries. “The alleged illegal ballot collection… happened in plain sight outside a cultural center… on the day of the primary election.”https://t.co/dkAeOC9o58

RELATED: Paul Ryan Campaigns For GOP Rep. Who ‘Had the Guts’ To Impeach Trump

Brnovich’s office notes that Alma Juarez, also of San Luis, was caught up in the scheme with Fuentes and pleaded guilty to ballot abuse in March.

Juarez collected early ballots from other voters and deposited them into a ballot box on primary Election Day. She will be sentenced on June 16th.

Sentencing for Fuentes is set for June 30.

Prosecutors dropped the more serious forgery and conspiracy charges Fuentes had been facing.

As a result of her plea, Fuentes will lose her voting rights and must give up elected office. But, with the more serious charges dismissed, will likely only get probation for her actions in the ballot harvesting scheme.

The Associated Press notes that despite the guilty pleas from the Democrat operatives, there is “no sign her illegal ballot collection went beyond the small-town politics Fuentes was involved in.”

Although Guillermina Fuentes is charged only with actions that appear on videotape and involve just a handful of ballots, investigators believe the effort went much farther. https://t.co/Knv9rBJF2H

Fuentes’ attorney, according to the outlet, spoke little about the actual charges but instead suggested Arizona ballot collection laws are racist.

Because of course, she did.

Guillermina Fuentes and Alma Juarez, both of San Luis, were both indicted for 1 count each of Ballot Abuse. Ballot Abuse is a class 6 felony in AZ.https://t.co/tLlbBm8jwD

The attorney, Anne Chapman, indicates the law impedes minority voters who need assistance from others in casting their votes.

“This prosecution shows that the law is part of ongoing anti-democratic, state-wide, and national voter suppression efforts,” she claimed.

While downplaying the reach Fuentes’ actions had in the 2020 primary election, the Associated Press points out well into their report that she was only charged with actions that were caught on video on one day.

“Although Fuentes was charged only with actions that appear on the videotape and involve just a handful of ballots, investigators believe the effort went much farther,” they write.