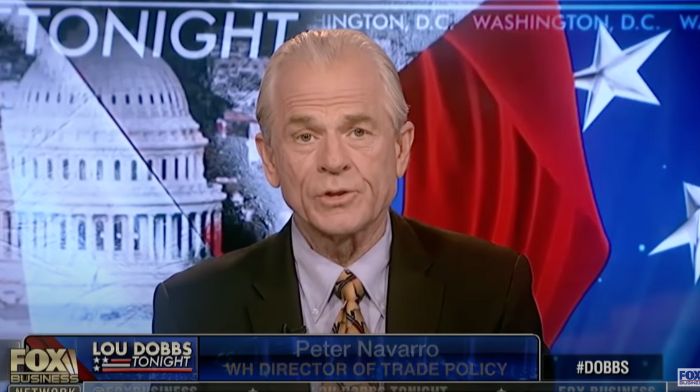 A federal grand jury indicted Navarro on two criminal contempt of Congress charges. One charge stems from failing to appear at a deposition, and another for refusing to produce documents, despite a subpoena by the Committee.

Navarro’s first appearance in court will be Friday afternoon.

Respect to Peter Navarro for refusing to cooperate with this sham. https://t.co/VEabiEfcUS

If At First You Don’t Succeed…

Peter Navarro is not the first Trump advisor to be targeted by the Jan. 6 Committee. In November of 2021, the Committee began with former Trump advisor Steve Bannon.

Bannon ironically, or interestingly, was indicted on the same charges.

At the time, Bannon said he would not comply with the subpoena citing executive privilege. David Shoen, Bannon’s attorney, backed up Bannon’s use of executive privilege, stating that it can apply to White House employees even after they leave that employment.

Next up for the bumbling Jan. 6 Committee, former Trump chief of staff Mark Meadows. In December of 2021, the Committee recommended prosecution of Meadows for, again, criminal contempt of Congress.

Committee Chair Rep. Bennie Thompson (D-MS) claimed that Meadows had “used his personal cell phone to discuss the rally in the days leading up to January 6.” A subpoena for Meadows’ phone records had been issued to Verizon as well.

Starting to see a pattern yet?

🚨Peter Navarro says the grand jury subpoenas of Jan 6 committee were “unlawful and unenforceable.”
They are acting as ‘Judge, Jury & Executioner.’https://t.co/oe7Twsj9y0

For obsessed never-Trump Committee members Reps. Liz Cheney (R-WY) and Adam Kinzinger (R-IL), even their own colleagues in the House were not off limits to the grasping-in-the-dark antics of the Jan. 6 Committee.

In January of this year, Rep. Jim Jordan (R-OH) informed the Committee that they would receive no cooperation from him. Jordan didn’t stop there. In a letter to Chairman Thompson, he stated that not only did he have “no confidence that the Select Committee will fairly or accurately represent any information,” but questioned the very existence of the Committee:

“This request is far outside the bounds of any legitimate inquiry, violates core Constitutional principles, and would serve to further erode legislative norms. Your attempt to pry into the deliberative process informing a Member of about legislative matters before the House is an outrageous abuse.”

Still convinced that they were thought of as a legitimate body, the Committee next set its sights on House Minority Leader Kevin McCarthy, and apparently thought they would get a different answer than from previous Republicans that had been approached by the Committee.

McCarthy stated that he would also not be cooperating with the Committee, and called it “illegitimate.” If you aren’t see a pattern yet, you should be.

The Jan 6 Committee.
The very people deserving of investigation doing the investigating.
Is “irony” the right word? pic.twitter.com/dMqyOprSca

Now, the Jan. 6 Committee’s latest attempt at any actual relevancy is they will make their “findings” public. Six public hearings will be held, with two of them in the evening in prime time. No set time has been announced, but they will take place sometime in June.

The Guardian first reported on the public hearings and called it a “pivotal political moment for the country.” The Guardian also stated that the Committee’s goal was to “publicly outline the potentially unlawful schemes that tried to keep the former president in office despite his defeat at the hands of Joe Biden.”

But Committee Chair Thompson said the quiet part out loud about the true intentions of the public hearings:

“We want to paint a picture as clear as possible as to what occurred. The public needs to know what to think. We just have to show clearly what happened on January 6.”

One more time for everyone in the back of the room…“the public needs to know what to think.”

When Democrats like Eric Holder and Lois Lerner are held in contempt of Congress, the swamp protects them.

When it’s a Republican like Peter Navarro, he gets led away in handcuffs.

Time to end DC’s double-standard for justice once and for all.