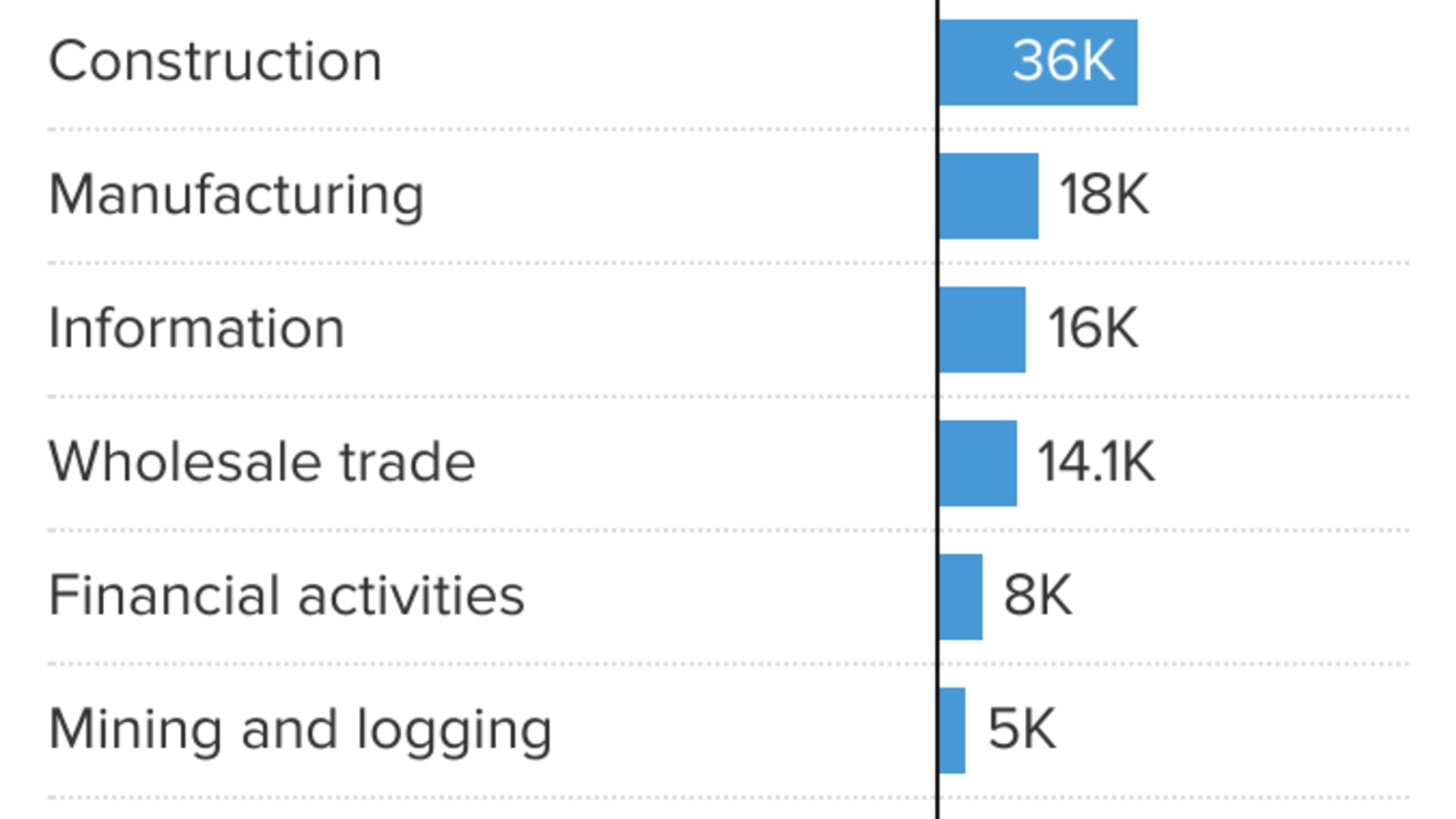 The U.S. job market put together another strong month in May, even as inflation and global issues cast a shadow on the macroeconomy.

Nonfarm payrolls rose by a better-than-expected 390,000 in May, the Labor Department said Friday, in signs of persistent demand and supply shortfalls in the job market.

Employment growth was mostly solid across the board. Construction jobs rose by 36,000 after being flat the previous month. Professional and business services employment rose by 75,000, accelerating from 49,000 in the prior month.

Leisure and hospitality saw the biggest jump, gaining 84,000 jobs. That was roughly flat month over month but well off the fast pace seen last year.

“That’s sort of the story of the overall labor market, too,” said Nick Bunker, economic research director for North America at the Indeed Hiring Lab. “That we’re adding a large number of jobs, but not quite at the pace we saw in 2021. Which makes sense, because we’re getting closer and closer to recovering all the jobs we lost from the pandemic.”

Leisure and hospitality still remains 1.3 million jobs below its pre-pandemic levels, according to the Labor Department. Bunker said changes in staffing models and consumer behavior could keep the sector from fully recovering in the near term.

Other areas showed slowing but still positive growth. Manufacturing increased by 18,000 jobs in May, down from 61,000 in April, while financial activities expanded by 8,000 jobs versus 35,000 the month before.

That tempered growth may be a good thing for the economy and markets. Wall Street economists and the Federal Reserve have been looking for job growth to slow as the central bank tries to manage a so-called soft landing that brings down inflation without causing a recession.

“Altogether, the labor market does not appear to be getting materially tighter, nor deteriorating significantly, suggesting the Fed’s efforts to bring inflation under control by softening demand may be starting to pay dividends,” Jason Pride, chief investment officer of private wealth at Glenmede, said in a note.

One negative of the report came in retail, which shed roughly 61,000 jobs in May. That comes on the heels of disappointing earnings reports from the likes of Target and Walmart that made investors question the strength of the U.S. consumer.

Transportation and warehousing, however, did see a gain of 47,000 jobs, which may be a sign that traditional retail jobs are continuing to shift toward e-commerce.