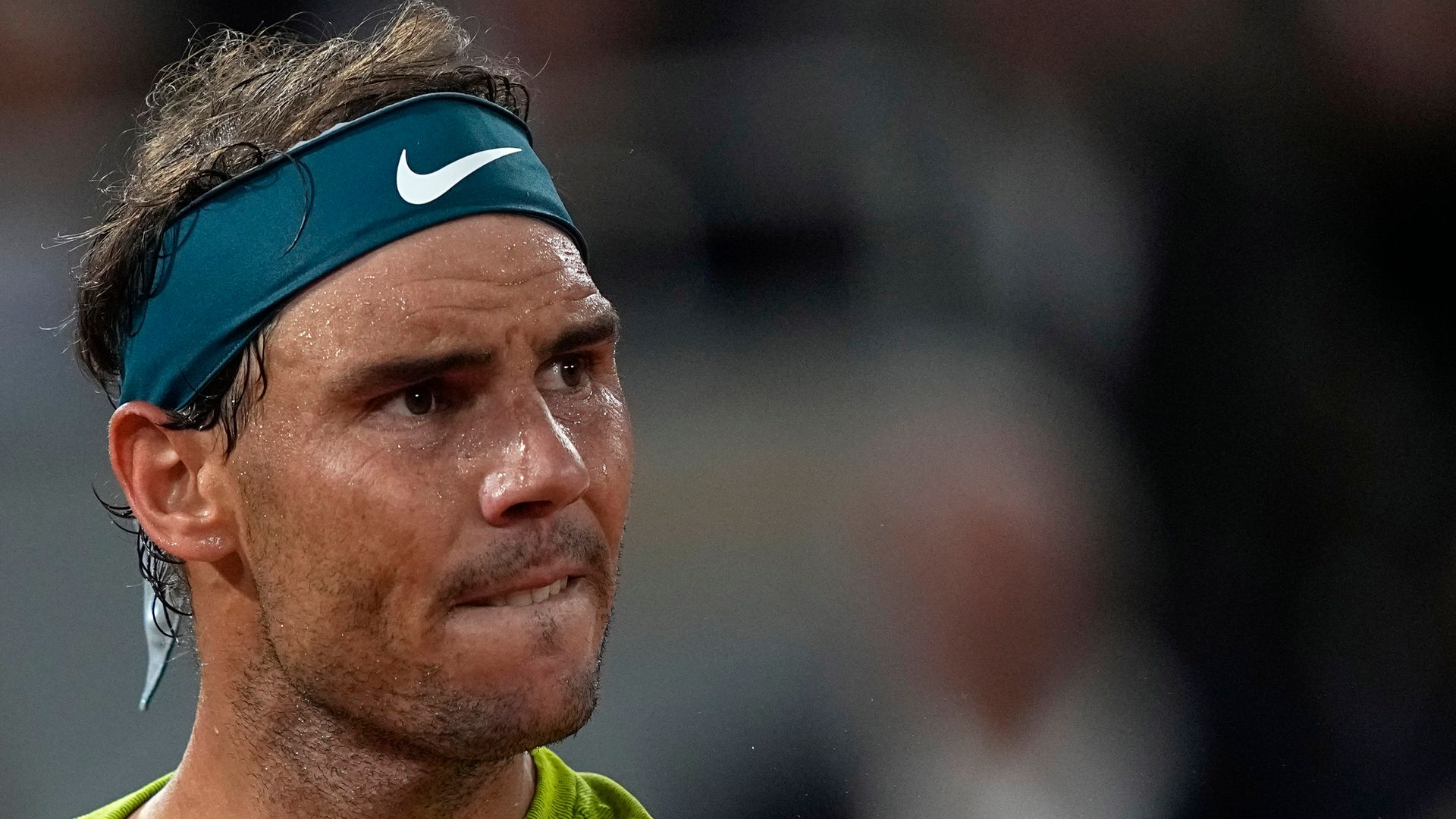 Nadal through to French Open final after Zverev injury

Rafael Nadal through to the French Open final after Alexander Zverev suffers an ankle injury and is forced to withdraw from their semi-final match; Nadal and Zverev had been on court for over three hours and had not yet completed the second set 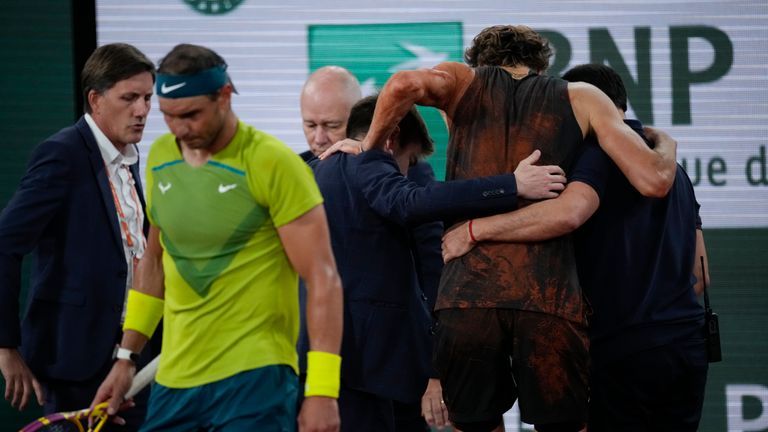 Rafael Nadal is through to the French Open final after Alexander Zverev suffered an ankle injury and was forced to withdraw from their semi-final match.

The contest was poised at 7-6 (10-8) 6-6 when Zverev went over on his ankle and immediately screamed out in pain.

The world No 3 then left the court using a wheelchair to receive a medical timeout, but was not able to continue and returned to shake hands with Nadal and inform the chair umpire of his retirement from the match.

“It’s very tough and I’m very sad for him,” Nadal said about Zverev on court. “He was having an unbelievable tournament and he’s a very good colleague on the Tour.

“I know how much he’s fighting to win a Grand Slam; in this moment he was very unlucky, and the only thing I’m sure of, is that he’s not just going to win one [Grand Slam] but more than one.

“I wish him all the very best and very quick recovery.”

The first set alone between Zverev and Nadal took an hour and 38 minutes to complete and it was decided by a tie-break.

Zverev went a mini break down before regrouping and getting Nadal on the run. His powerful hitting from the back of the court enabled him to change ends at 4-2 up and press further ahead, before Nadal hit back.

Throughout the tie-break and the match, the 13-time French Open was being forced by Zverev to chase down shots most other players on the Tour wouldn’t be able to reach.

Nadal was pushed to produce his best tennis and a series of winners at the end of the tie-break got the crowd of their feet.

The second saw a series of breaks of serve, with both men looking edgier than they had been in the first. For Zverev, double faults came into play with him delivering four during the course of the 12 games.

The duel continued through to 6-6, before Zverev suffered his injury, and had his chances of reaching this year’s French Open final cruelly taken away.

“It had been a super tough match, being over three hours and we hadn’t even finished the second set,” Nadal noted on court.

“It’s one of the biggest challenges on the Tour today, beating him [Zverev], when he’s playing at this level.

“It’s difficult to say a lot in this situation. Of course, for me, everybody knows being in the final of Roland Garros again is a dream, without a doubt.

“But, at the same time, for it to finish that way and to see him like that, is very tough.”

Nadal’s opponent in the final will be either Casper Ruud or Marin Cilic, with the two men taking to Court Philippe-Chatrier for their semi-final at 6pm BST.