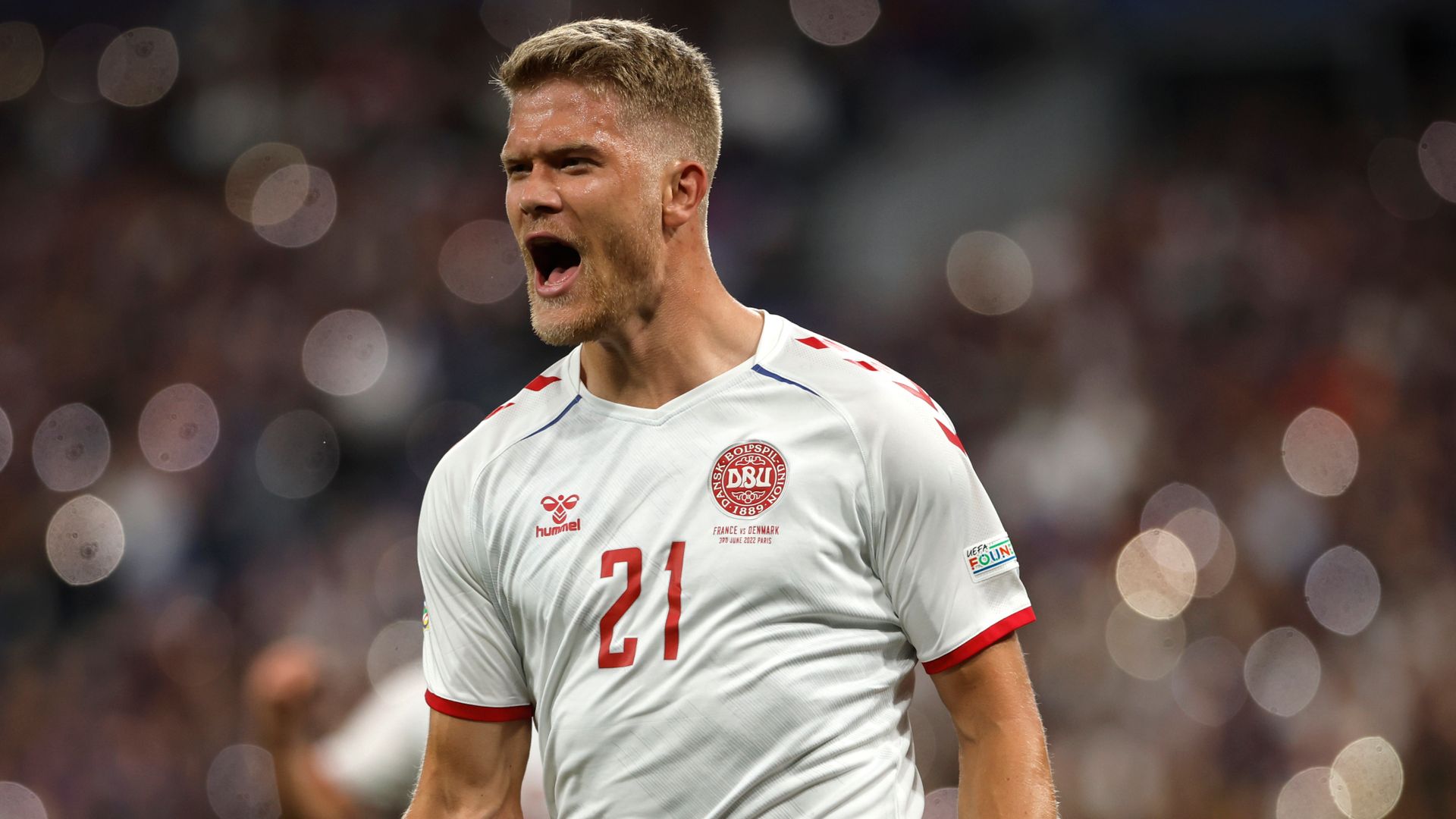 Andreas Cornelius came off the bench to score twice as Denmark fought back to beat Nations League holders France 2-1 at the Stade de France on Friday night.

Karim Benzema had a first-half effort ruled out for offside but he made no mistake in the 51st minute, cutting in from the right and playing a one-two with Christopher Nkunku before dribbling past another couple of Danish defenders and firing home to give France the lead.

Denmark were under pressure for most of the second half but they levelled through substitute Cornelius when he deftly volleyed home a pass from Pierre Hojbjerg, and he beat the offside trap to score the winner in the 88th minute.

France travel to Croatia for their next game on Monday, while the Danes face another away game against group leaders Austria, who beat the Croatians 3-0 in their opener.

Steven Bergwijn and Denzel Dumfries netted the other two goals as the Dutch ended Belgiums almost six-year unbeaten home record in a stark reversal for the team, who had topped the FIFA rankings for three years until being recently deposed.

Bergwijn hammered home from outside the box in the 40th minute to give the Dutch a deserved halftime lead before Depay and Dumfries added more in the second half in a decisive performance.

Belgium, who lost Romelu Lukaku to injury early on, scored a consolation three minutes into stoppage time through Michy Batshuayi but were badly exposed at the back and the result will come as a serious setback as the prepare for the World Cup later this year.

Meanwhile, Ralf Rangnick’s tenure as Austria‘s new coach got off to a perfect start when they beat Croatia 3-0 in their opening game of the new Nations League campaign.

Goals from Marko Arnautovic, Michael Gregoritsch and Marcel Sabitzer helped Austria move to the top of the League A Group One after Denmark claimed an away 2-1 victory against France in the other game.

Austria took the lead against the run of play just before halftime when Arnautovic made a solo run past the defence and took a shot from the edge of the box into the bottom right corner.

Substitute Gregoritsch doubled Austria’s lead in the 54th minute on the counter attack with a fine first-touch strike, while Sabitzer made it 3-0 three minutes later.

Austria – who missed out on World Cup qualification – were without David Alaba, who did not travel with the squad after winning the Champions League with Real Madrid last week.

In the evening’s other two fixtures, Moldova won 2-0 at Liechtenstein while 19-year-old Tomas Suslov scored the only goal of the game as Slovakia got their Nations League campaign off to a winning start in Belarus.

Earlier, Kazakhstan got their group C3 campaign off to a flying start as two second-half goals from Abat Aymbetov secured them a 2-0 home win against Azerbaijan.

Latvia forward Roberts Uldrikis also scored twice, in either half, in his side’s opening group D1 win against Andorra in Riga, with Janis Ikaunieks’ late penalty sealing a 3-0 success.

Among the next round of fixtures, Belgium host Poland in their second Nations League Group A4 on Wednesday June 8 at 7.45pm while the Netherlands visit Wales on the same evening at 7.45pm in Cardiff.