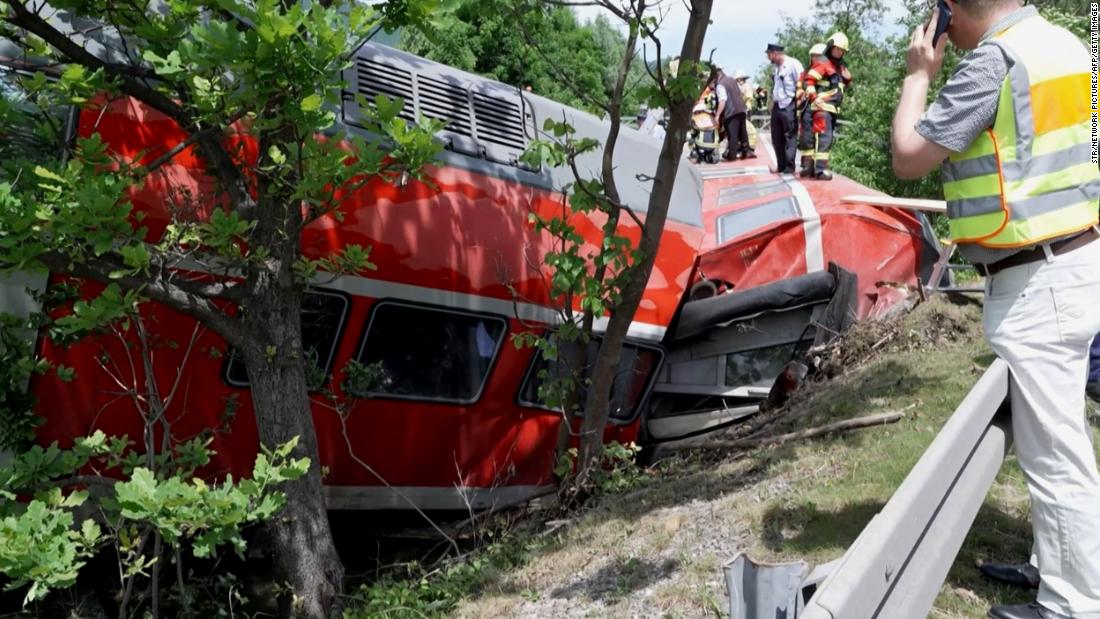 At least three people were killed and 16 severely injured when a train derailed in southern Germany on Friday, an official from the district of Garmisch-Partenkirchen told CNN.

The regional train was traveling in the direction of Munich when it derailed near Burgrain, north of Garmisch-Partenkirchen, a ski resort in the Bavarian Alps.

The accident occurred on the last day of school before the Pentecost, a religious holiday celebrated in Bavaria. It was not immediately clear how many students were on board when the train came off the tracks.

Photos and videos from the scene shared on social media show carriages of a double-decker regional train rolled down an embankment and caught in leafy trees, as rescue workers carried people away on stretchers.

A major emergency services operation is still underway, Scharf said. Police in Upper Bavaria have taken over the rescue efforts.

This is a breaking story.