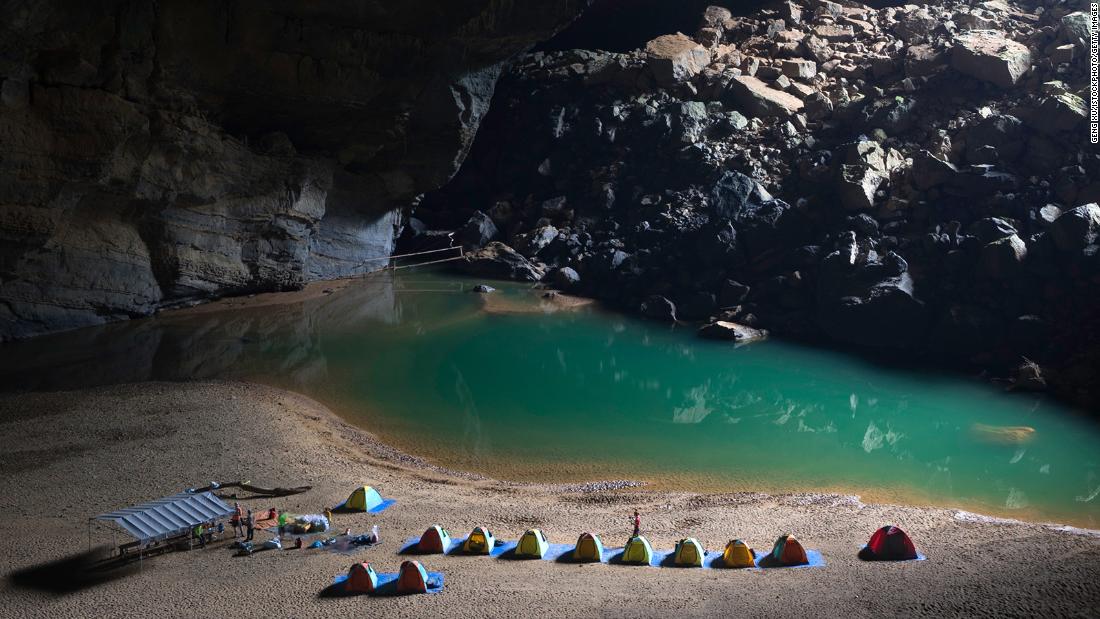 Inside the world’s largest cave

(CNN) — Life is a journey, not a destination, as the saying goes — and this summer that’s truer than ever, as flight delays and cancellations continue.

But focusing on what awaits at journey’s end may be the key to pushing your way through the mayhem.

CNN Travel is here with destination inspiration and the latest aviation innovation as well as what you need to know about getting where you want to go this summer.

While there are currently plenty of hiccups on the transport side, destinations around the world are back open for business after a long couple of years.

While humans have been bulking up over the decades, the standard for today’s airline seat sizing goes all the way back to 1954. No wonder things on board are getting a little cramped.

A Tokyo-based aviation interior consultancy has come up with an innovative single-aisle concept to let us stretch out a little — but first we need wider planes.

See you when you get there

Airfares and gas and hotel prices are high; rental cars and airline staff are in short supply. Flights are being canceled and delayed left, right and center. In China, flights are so restricted it has led to ticket scalpers taking over the market. Here’s the latest on what you need to know about traveling this summer.

Life on the open road isn’t much better: A new survey has revealed Europe’s “worst” drivers. Around 4 in 5 Europeans have a negative opinion of their fellow drivers, but some get a rougher ride than others.

Divers have discovered an underwater tunnel that connects Vietnam’s Son Doong — the world’s largest cave — with another enormous cave.

For dessert, watch Mount Etna, Europe’s tallest active volcano, gush lava into the night sky and then check out NASA’s new capturing of “Sharkcano” erupting: the nickname for an underwater volcano in the Solomon Islands.

An 83-year-old Japanese man is on the verge of becoming the world’s oldest person to sail solo across the Pacific. “Don’t let your dreams just stay as dreams,” Kenichi Horie said. “Have a goal and work towards achieving this and a beautiful life awaits.”

California couple Mark Goff and Phillip Engel bought a rundown 48-room chateau in southwestern France. Now, they want to transform it into a boutique hotel and entertainment space.

In case you missed it

She saw a stranger emerge from the gloom on a Scottish island.

Many couples dream of a fairy-tale honeymoon — but how to afford it without swapping their firstborn for Rumpelstiltskin’s gold? Our partners at CNN Underscored, a product reviews and recommendations guide owned by CNN, have the answer.

Emily McNutt booked her $18,584 honeymoon business-class flights from New York to Southeast Asia for less than $200. Here’s how she did it.