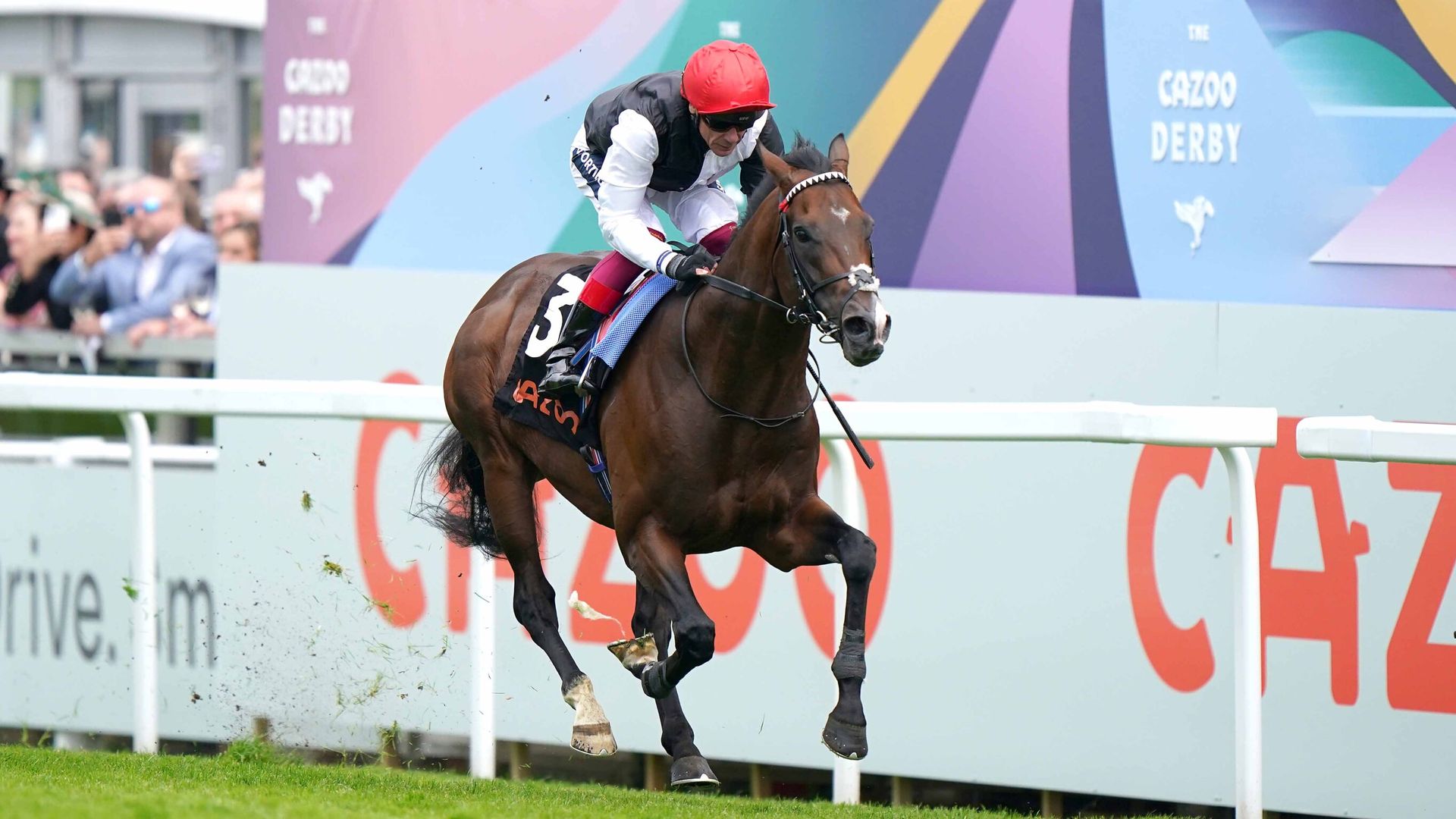 Godolphin’s stranglehold on the top mile prizes was temporarily halted as John and Thady Gosden’s Megallan made every yard in the hands of Frankie Dettori to scoop the Cazoo Diomed Stakes at Epsom.

Racing in the colours of 2015 Derby hero Golden Horn, Megallan (9-2) broke well and was quickly into stride disputing the lead with Godolphin pacemaker Zakouski and the son of Kingman was never headed as the Italian produced a front-running masterclass aboard the four-year-old.

Charlie Appleby’s hat-trick-seeking Modern News got the perfect lead into the race from his stablemate Zakouski, but William Buick’s mount was unable to pass the game winner and had to settle for the runner-up spot.

The 11-8 favourite Mutasaabeq was ridden cold by Jim Crowley in the early stages and could not reel in those ahead of him once he got motoring in the closing stages. Charlie Hills’ four-year-old was a running-on third at the winning post.

Gosden senior said: “He won a Group Three last year and then he ran at ParisLongchamp where the ground was too soft. You have got to get your ground right. Good to soft or good to firm is fine for him.

“We are pleased with him, he is a grand horse. The plan was if he broke well, we should let him enjoy himself and when you are running down that hill, you don’t want to be taken back too much.

“This is probably spot-on his trip – a mile and one (furlong) or a mile and a sixteenth as the Americans say. A hard-run mile and a quarter in testing ground is too far for him.

Dettori added: “He didn’t handle Chester at all and so today we got him in front and he enjoyed himself. He is a good horse on his day and we tried to go a mile and a quarter, but it was a step too far. Back to a mile will be good for him.”

Appleby said of the runner-up: “To be honest with you the ground didn’t suit him, he’s a real quick ground horse and it’s riding dead out there the boys are saying.

“He’s faltered before on soft ground. Will felt before the race he could ride a race and just pick them up, but I said to him to have the ground on his mind as it’s riding dead and that rain this morning has just dented his turn of foot.

“He’s run a nice race and in the end the winner outstayed him. We’ll have a look at Ascot, but he’s had a decent race there. We have toyed with going to America with him for some proper fast ground.”