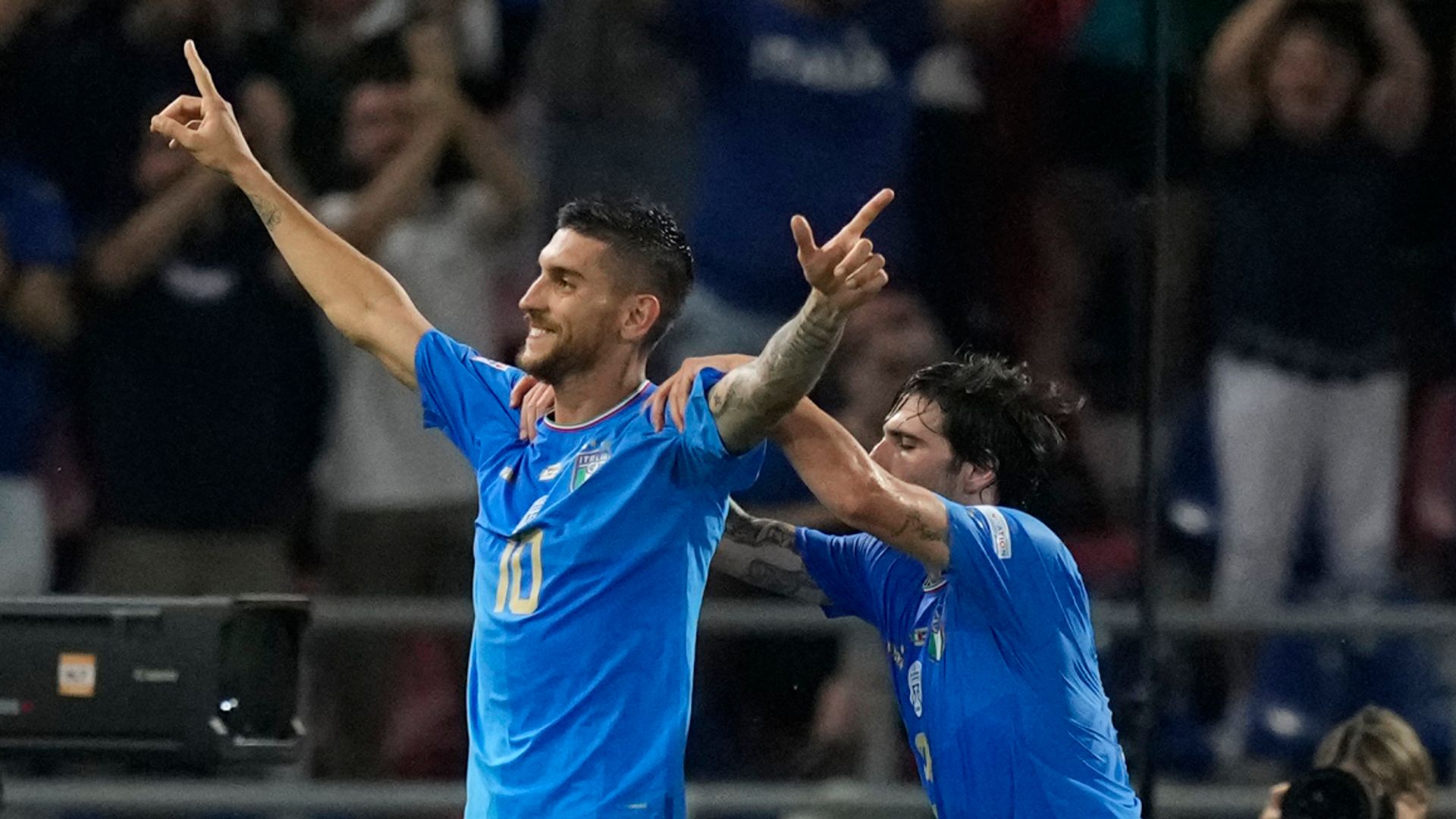 Joshua Kimmich’s well-taken equaliser earned Germany a 1-1 draw with Italy in their Nations League opener on Saturday, ensuring his side remain unbeaten under coach Hansi Flick.

Looking to get over their disappointment at failing to qualify for the World Cup for the second successive tournament, Italy named an experimental side for their League A, Group Three match in Bologna, and gave Flick’s team a real test.

Roma’s Lorenzo Pellegrini edged the hosts in front 20 minutes from full-time as Italy looked primed to secure only their second win in their last six games, but Kimmich pounced three minutes later to earn his side a point.

The draw means Germany have won eight and drawn two of their games since Flick took over from Joachim Low after last summer’s European Championships, with England up next in the Nations League on Tuesday, when Italy take on Hungary.

“It is a pity we conceded the equaliser straight after. We were naive, because it was not an easy game, especially at the start,” Italy coach Roberto Mancini told RAI Sport.

“It was the first time these players played together, they did a great job, they suffered when they had to, attacked when they had to. The lads did really well, they played on a par with what is a great national team at this moment.”

Mancini mixed things up after the Azzurri’s 3-0 defeat to Argentina in the ‘Finalissima’ on Wednesday, with only goalkeeper Gianluigi Donnarumma keeping his place in the starting team.

But the new-look Italy impressed, with Sassuolo striker Gianluca Scamacca going closest to a first-half opener as his well-hit strike from 25 metres clipped the post.

The visitors did waste a glorious opportunity of their own in the opening period, with Serge Gnabry firing over from a good position.

Mancini continued to blood young players after the break, with one debutant substitute – 18-year-old Wilfried Gnonto – setting up Pellegrini to give Italy the lead.

Sloppy defending then cost Italy dear as they failed to clear the loose ball in the penalty area and Kimmich levelled things up.

The hosts pressed for a late winner but settled for a point as Flick became the third coach in the history of the German national team to stay undefeated in his first 10 matches after Sepp Herberger and Josef Derwall.

In League B, Armenia beat Republic of Ireland 1-0 with a second-half goal from Eduard Spertsyan.

In League C, Turkey routed the Faroe Islands 4-0 and Luxembourg won at Lithuania 2-0 thanks to a brace from Danel Sinani.

Among the next round of fixtures, Belgium host Poland in their second Nations League Group A4 on Wednesday June 8 at 7.45pm, while the Netherlands visit Wales on the same evening at 7.45pm in Cardiff.