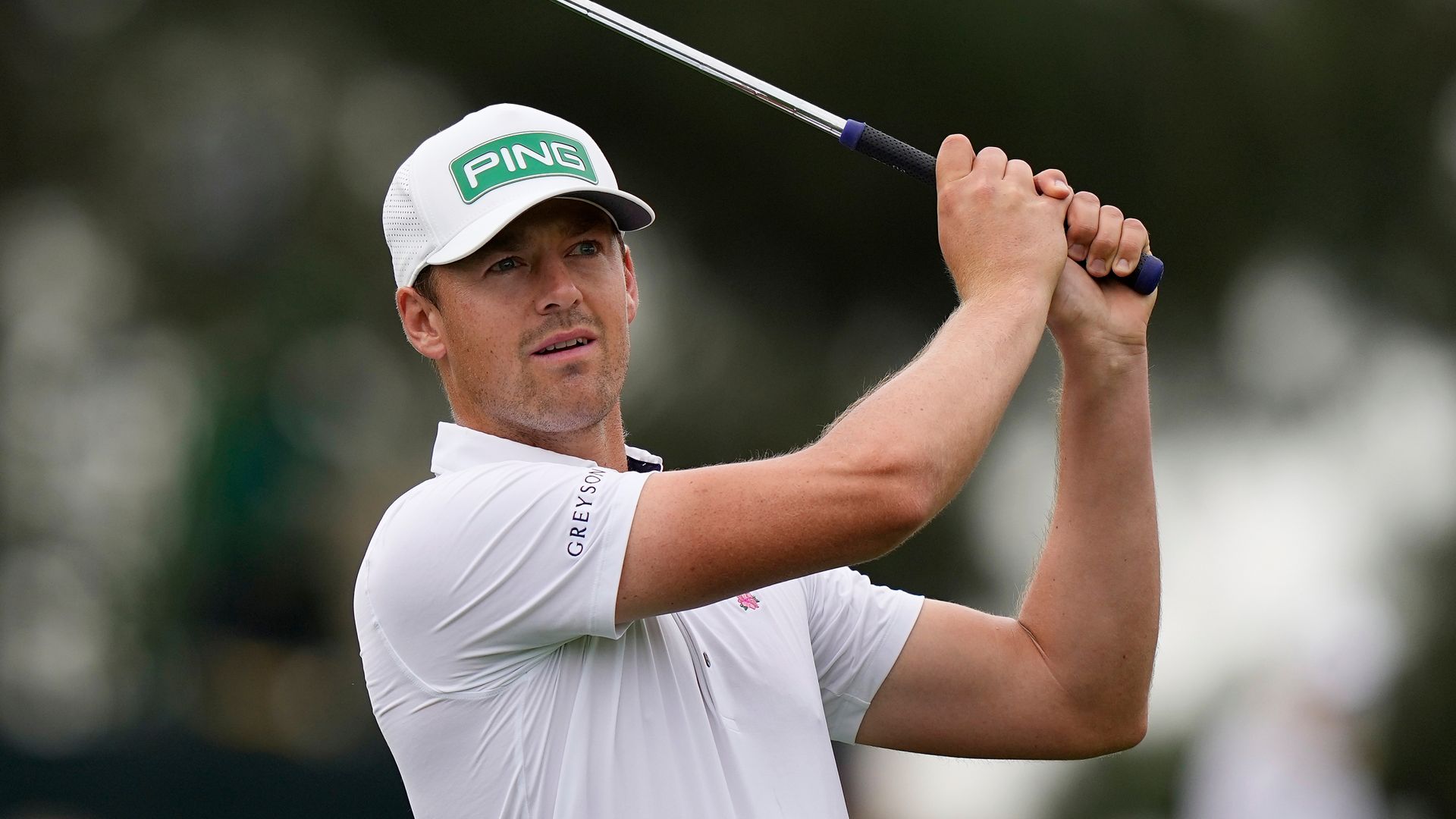 Perez hits hole in one to lead European Open

Victor Perez is aiming for his second successive DP World Tour victory, having beaten Ryan Fox in a play-off to win the Dutch Open last week; Perez leads Julien Brun and Joakim Lagergren by one shot going into the final round in Hamburg 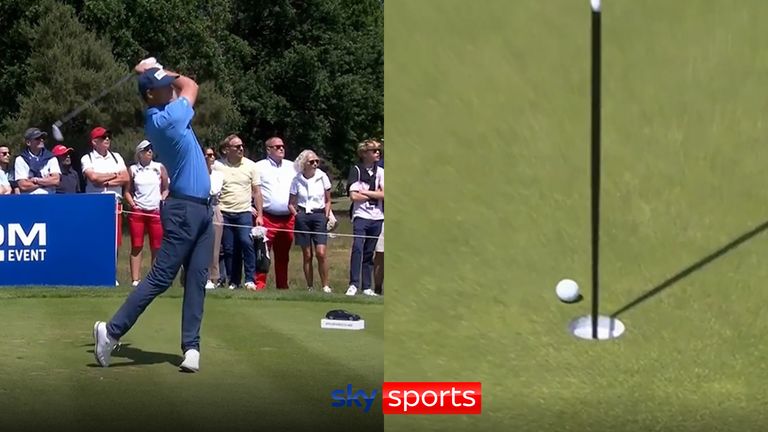 After a win in Holland last week, Victor Perez continued his good form with a hole-in-one at the Porsche European Open!

After a win in Holland last week, Victor Perez continued his good form with a hole-in-one at the Porsche European Open!

A brilliant hole-in-one helped France’s Victor Perez claim a slender lead at the Porsche European Open going into the final day in Hamburg.

Perez – seeking back-to-back victories on the DP World Tour following his play-off success against Ryan Fox in last week’s Dutch Open, made a spectacular start to his third round at Green Eagle Golf Courses.

The 29-year-old, who began the day two behind playing partner Jordan Smith, recorded a birdie on the first and then holed out with a six-iron from 217 yards on the second.

“It was a perfect six iron for me, a little draw against the left-to-right breeze,” Perez said.

“I was just trying to bounce it up, which it ended up doing. I didn’t see it, I just heard people clapping, so it was a great bonus.”

That suddenly put the Frenchman two shots in front and, despite a bogey on the fifth, he also birdied the ninth to lead by three – only to drop shots on the 13th and 15th and fall two behind Sweden’s Joakim Lagergren.

However, on a rollercoaster day, Lagergren made a double bogey on the 16th and dropped another shot on the last, leaving France’s Julien Brun on top of the leaderboard thanks to successive birdies.

But Brun’s advantage proved short-lived as he ran up a double bogey on the 18th after pulling his tee shot into the water, leaving Perez in pole position on five under par, despite a back nine of 40 in his round of 71.

Brun and Lagergren share second place on four under, with Dutchman Wil Besseling and China’s Li Haotong on three under – the former having holed from 57 feet for an eagle on the 18th.

Perez, who can secure one of the 10 places available in the US Open from the European Qualifying Series if he completes the victory on Sunday, added: “I won last week, I’m in a great position this week.

“It’s just a matter of pushing that aside and focusing on the task at hand, which is often the most difficult part because you get dragged into all sorts of thoughts that we all have at different times – whether we’re playing good or bad.

“Last Sunday I was really nervous – I hadn’t been in that situation with the lead. I’m very happy with the experience from last week that I can draw on and I know what I need to do – it’s a matter of doing it.”

On a difficult day for scoring, Smith’s 77 dropped him four shots off the pace, while world number 41 Tommy Fleetwood was another stroke back following a 69.

Fleetwood’s effort was the joint lowest score of the day – enough to vault the Ryder Cup star 35 places up the leaderboard.