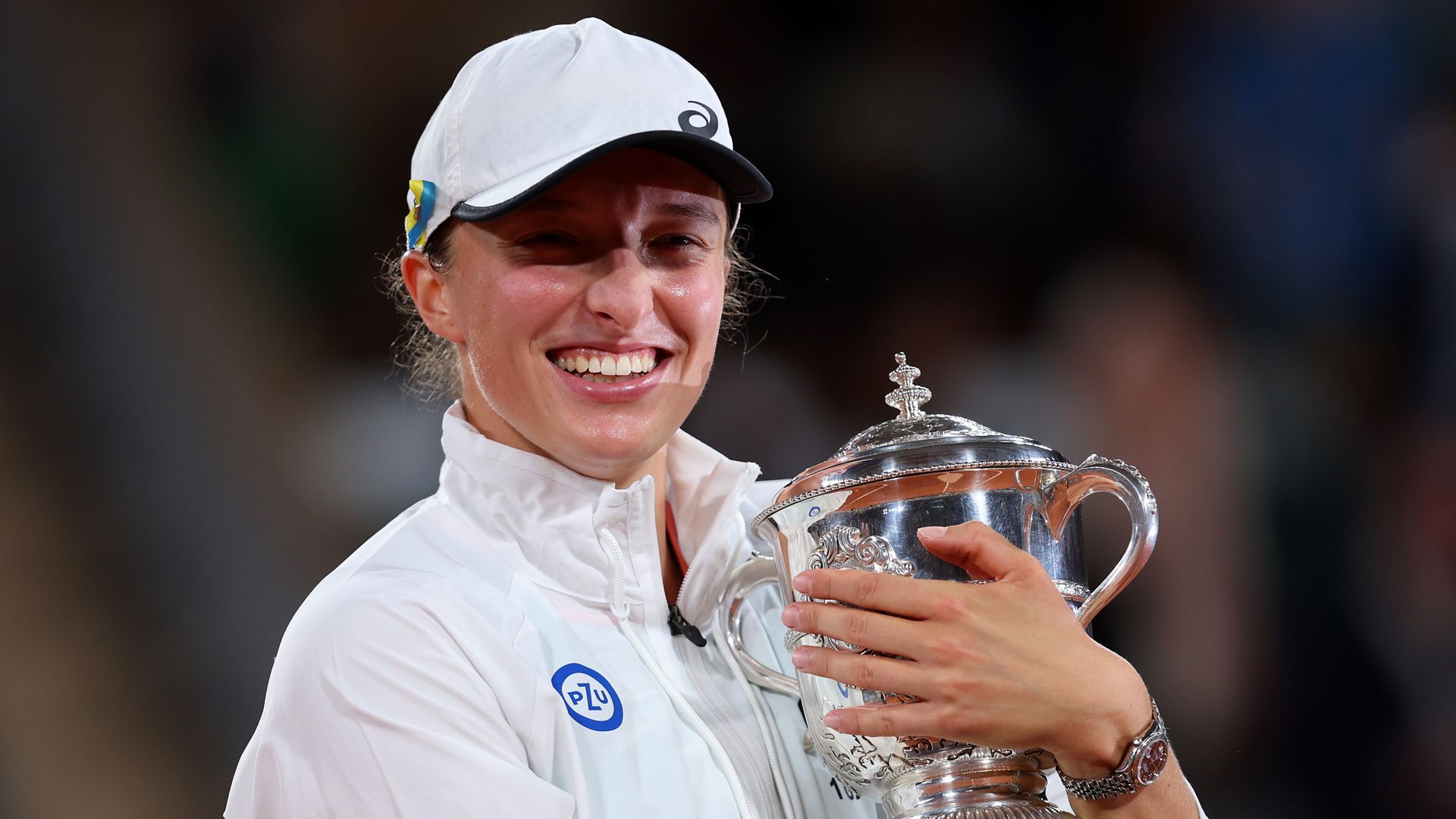 Iga Swiatek matches Venus Williams’ 35-match winning-streak in 2000 as the longest this century; the world No 1 has now won her past six tournaments and is 42-3 this season with her last defeat coming in February to Jelena Ostapenko

Swiatek swept aside 18-year-old American Gauff 6-1 6-3 in an hour and eight minutes on Court Philippe Chatrier.

Elevated to world No 1 following Ashleigh Barty’s shock retirement in March, the 21-year-old Pole has proved an unstoppable force ever since.

The victory extended Swiatek’s winning run to 35 matches, taking her level with Venus Williams’ run in 2000 as the longest this century.

She has also won six straight titles, the first woman to do so since Justine Henin in 2008.

With superstar Poland striker Robert Lewandowski watching on, Swiatek raced through the opening set as Gauff, who burst onto the scene at Wimbledon three years ago, made a nervous start with a double fault in her opening game helping Swiatek to an immediate break.

Gauff saved four break points in her next service game but succumbed to a fifth with a wild forehand, which was becoming a feature of the match already.

Swiatek was beginning to be tested, though, as Gauff finally got on the board with a service hold, but the top seed’s fist pump was on show for the first time when a forehand clipped the corner to move her 5-1 ahead.

And when yet another Gauff forehand drifted wide, Swiatek had wrapped up the opening set in only 32 minutes.

But Gauff clearly felt she was still in the match and cleverly fashioned two break points at the start of the second set, Swiatek duly obliging with a wayward forehand of her own.

However, rinse and repeat, another double fault and a loose forehand brought Swiatek back on serve and the next break soon followed.

Gauff bravely held for 5-3, but with dark clouds gathering in the Parisian skies and thunder in the distance, the American’s ordeal ended when she sent a forehand long.

The new champion ran to her box after a brief celebration, while Gauff sat on her courtside chair and wept.