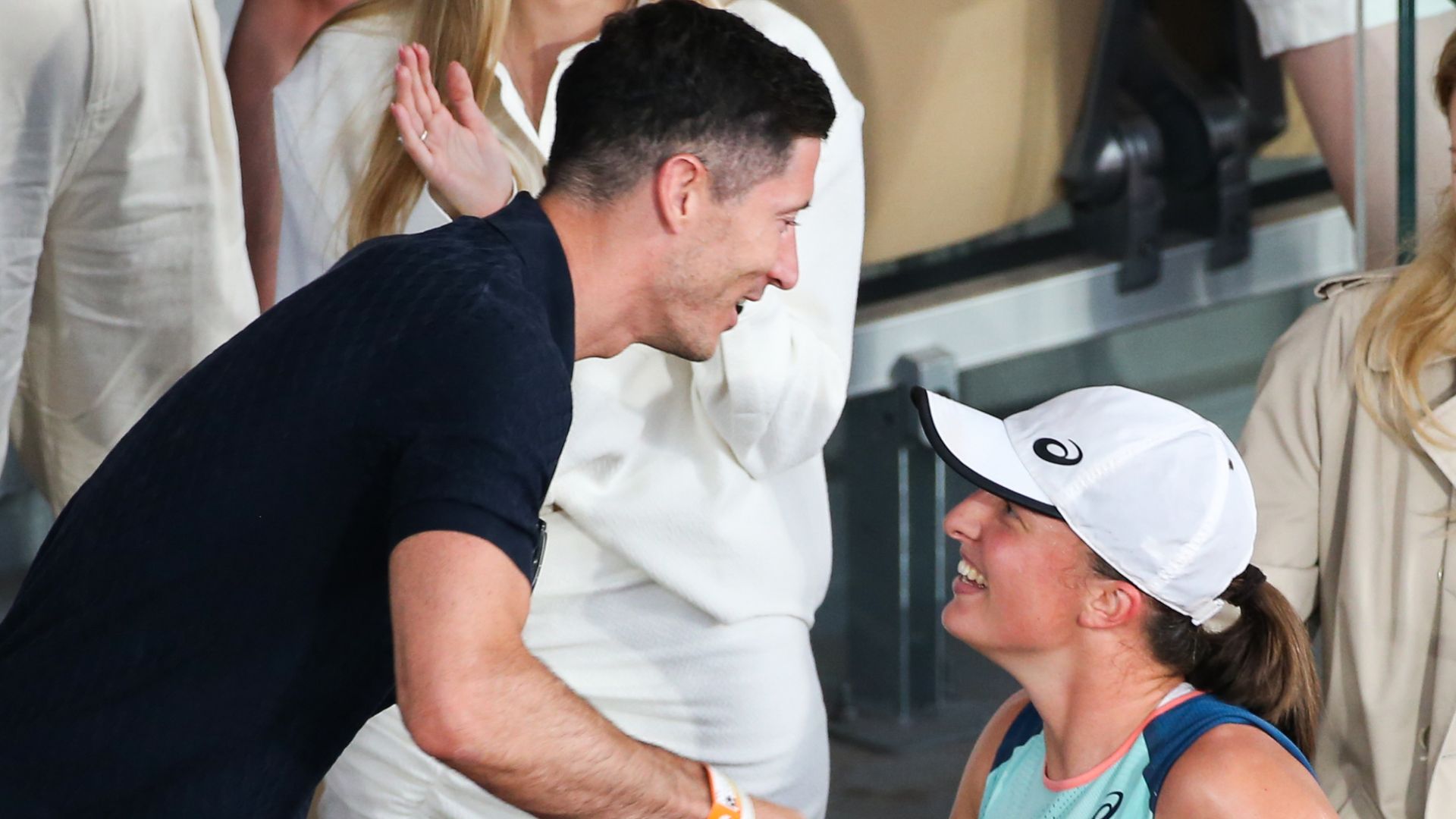 Iga Swiatek cements her place at the top of women’s tennis by capping a record winning streak with a second French Open title; she overtakes Serena Williams’ mark of 34 consecutive wins and matches that of Venus; the 21-year-old was stunned to see Robert Lewandowski supporting her

Swiatek, who sealed her second Roland Garros crown in three years with a 6-1 6-3 demolition of 18-year-old
Coco Gauff, was supported in the stands by superstar Poland striker Robert Lewandowski.

Swiatek has proved an unstoppable force ever since she was elevated to world No 1 following Ashleigh Barty’s shock retirement and she was stunned to see the 33-year-old when she went up to celebrate with her team.

“I didn’t know, and I’m happy about that because I would have got so stressed,” she smiled.

“He’s been a top athlete in our country for so many years and it’s hard to believe that he actually came to watch me.

“I hope he liked it. I hope he’s going to come back. Yeah, I don’t know. I’m just overwhelmed.”

Swiatek’s 35th straight win saw her overtake Serena Williams’ mark of 34 consecutive victories this century and match that of her sister Venus Williams.

“I think honestly, it may seem pretty weird, but having that 35th win and kind of doing something more than Serena did, it’s something special,” said the 21-year-old, who has cemented her place at the top of women’s tennis.

“Because I always wanted to have some kind of a record. In tennis it’s pretty hard after Serena’s career.

“So basically that really hit me, you know. Obviously winning a grand slam too, but this one was pretty special because I felt like I’ve done something that nobody has ever done, and maybe it’s gonna be even more. Yeah, this one was special.”

Swiatek has been sporting a Ukraine ribbon in her cap throughout the fortnight and urged the war-torn country to “stay strong” in her acceptance speech.

Gauff, admirably, has also been using her platform to highlight issues beyond tennis this fortnight, notably the ongoing problem of American gun violence.

The woman who burst onto the scene as a 15-year-old at Wimbledon three years ago has become a hugely impressive figure both on and off the court.

So it was hard not to feel sorry for her as she tearfully apologised to her team on court after collecting her runners-up plate.

The American vowed to learn the lessons from a chastening first major final and admitted she now knows the level she needs to reach to challenge Swiatek’s dominance.

“Now that I have seen the level, this level of number and 35 matches, I know that’s what I have to do,” she said.

“Hopefully next time. I’m sure I’m going to play her in another final and hopefully it’s a different result.

“I definitely feel like this helped my confidence a lot. I just think even when I was 15, 16, 17, I felt like so much pressure to make a final. Now that I made it, it feels like a relief a little bit.”