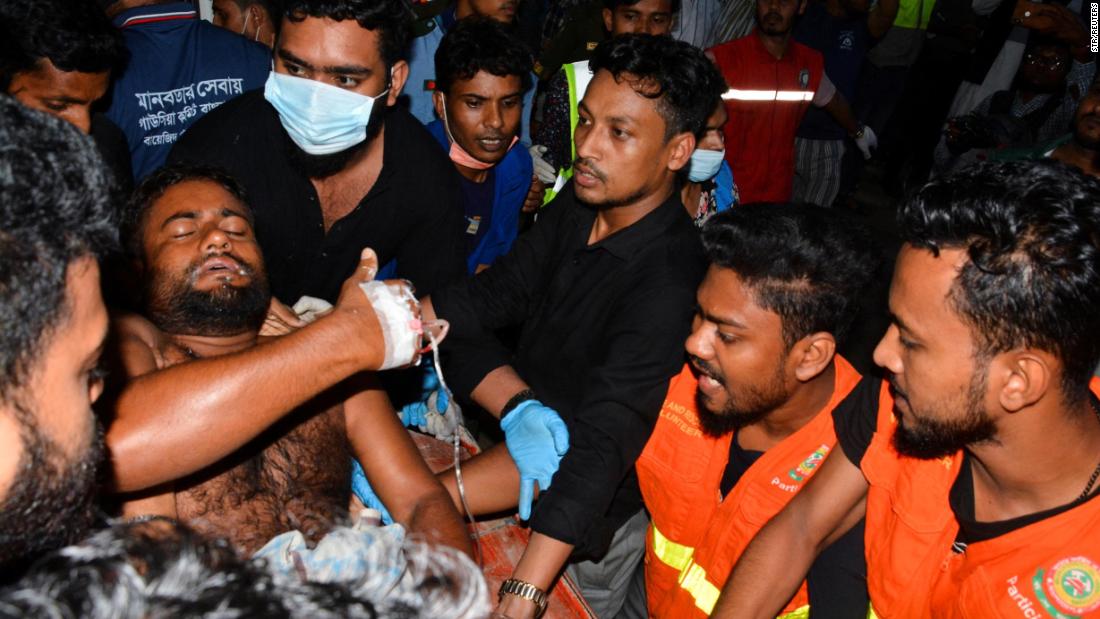 At least 37 people have been killed and more than 300 injured as a fire tore through a container depot and caused explosions in southeastern Bangladesh, the country’s state-run news agency reported.

The fire started on Saturday night at the BM Container Depot in Sitakunda, in Chittagong District, according to the Bangladesh Sangbad Sangstha (BSS) agency.

Police and fire service personnel are trying to douse the flames and rescue people.

The death toll could rise as some of the injured are in critical condition, said Chittagong civil surgeon Mohammed Elias Hossain, according to the Reuters news agency. He added that firefighters and police officers were among those injured.

Fire service officials said firefighters were trying to extinguish the ongoing blaze on Sunday afternoon as containers filled with chemicals including hydrogen peroxide or sulphur were still erupting, Reuters reported. Local residents added that the blast caused the neighborhood to quake, and subsequently broke some of the glass windows on local infrastructure.

While the cause of the fire remains unknown, fire service officials said it may have originated from a vessel of hydrogen peroxide and diffused to other containers.

Divisional commissioner of Chattogram, Asharf Uddin, said that families of those killed would be compensated with 50,000 Bangladeshi taka ($560), while those injured and their families will be compensated as well.

The incident is the latest in a string of fatal industrial accidents over several years in the South Asian nation.

In December, at least 38 people were killed after a fire shredded a launch on the Sugandha River, in the southern district of Jhalakathi.

A few months earlier, at least 52 people died and about 50 others were left injured when a huge fire swept through a juice factory in Rupganj, east of the capital Dhaka.