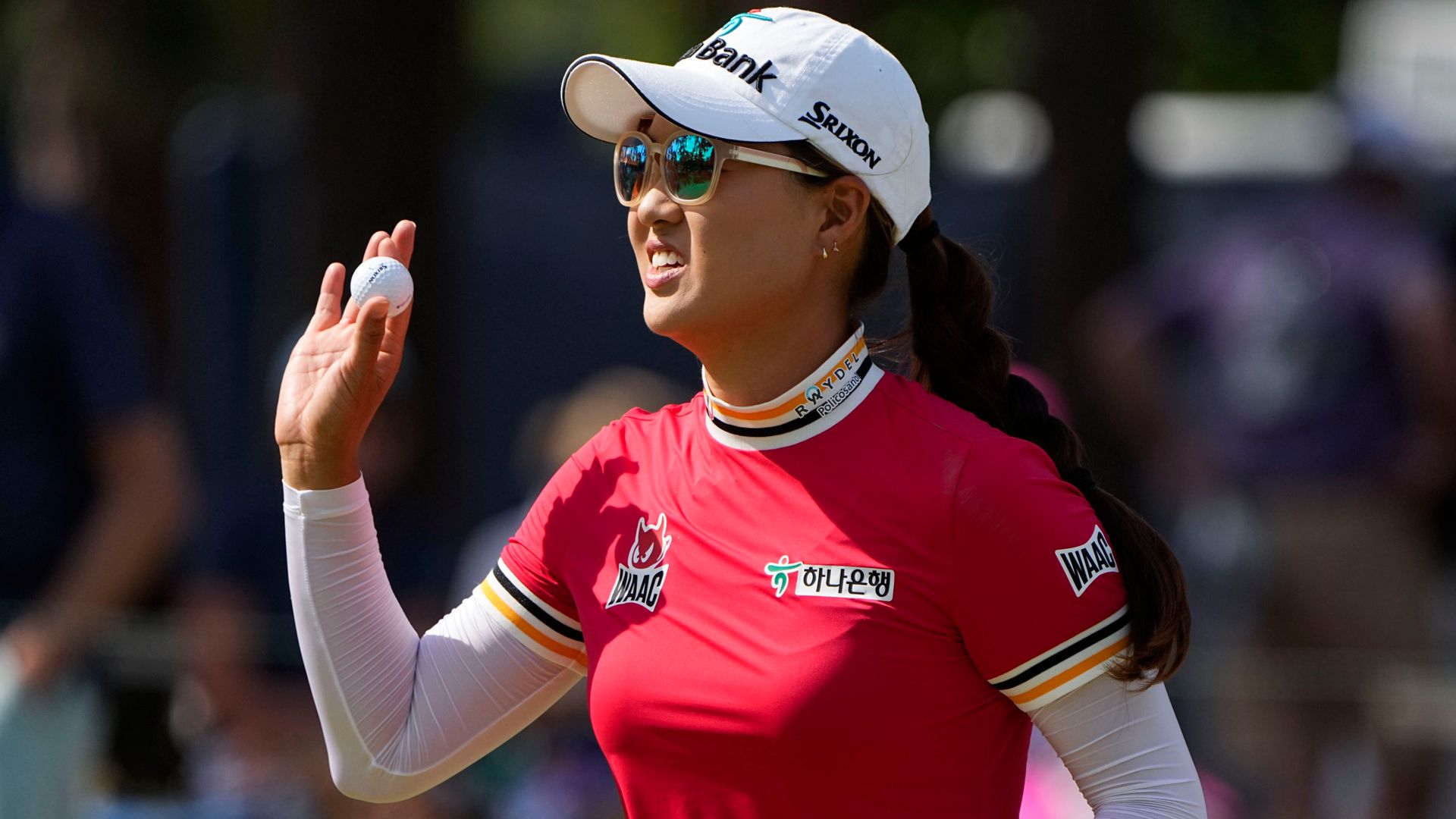 Minjee Lee recovered from bogeying the par-three fifth with a birdie on the par-four sixth, then carded four consecutive birdies from the ninth; “I’m pretty calm. My personality is pretty calm anyway. I don’t think I get too high or too low. I think that’s a strength of mine,” she said

Minjee Lee set a 54-hole record at the US Women’s Open on Saturday as she moved three shots ahead of the field.

The Australian carded a four-under 67 which saw her move to a 13-under 200 through the first three days, breaking Juli Inkster’s record of 201 from 1999.

The seven-time LPGA Tour winner recovered from bogeying the par-three fifth hole with a birdie on the par-four sixth, then kicked up a gear with four consecutive birdies from the ninth.

“When I was on the run of birdies, I wasn’t too nervous,” Lee said.

“I’m pretty calm. My personality is pretty calm anyway. I don’t think I get too high or too low. I think that’s a strength of mine.”

First-round outright leader Mina Harigae, who started Saturday tied with Lee, carded a 70 to be 10 under at Pine Needles.

A further three strokes back in third was England’s Bronte Law, who mixed five birdies with two bogeys en route to a 68, while Leona Maguire of Ireland was at five under.

Law’s countrywomen Charley Hull and Georgia Hall were at even-par and one over following respective rounds of 70 and 71.