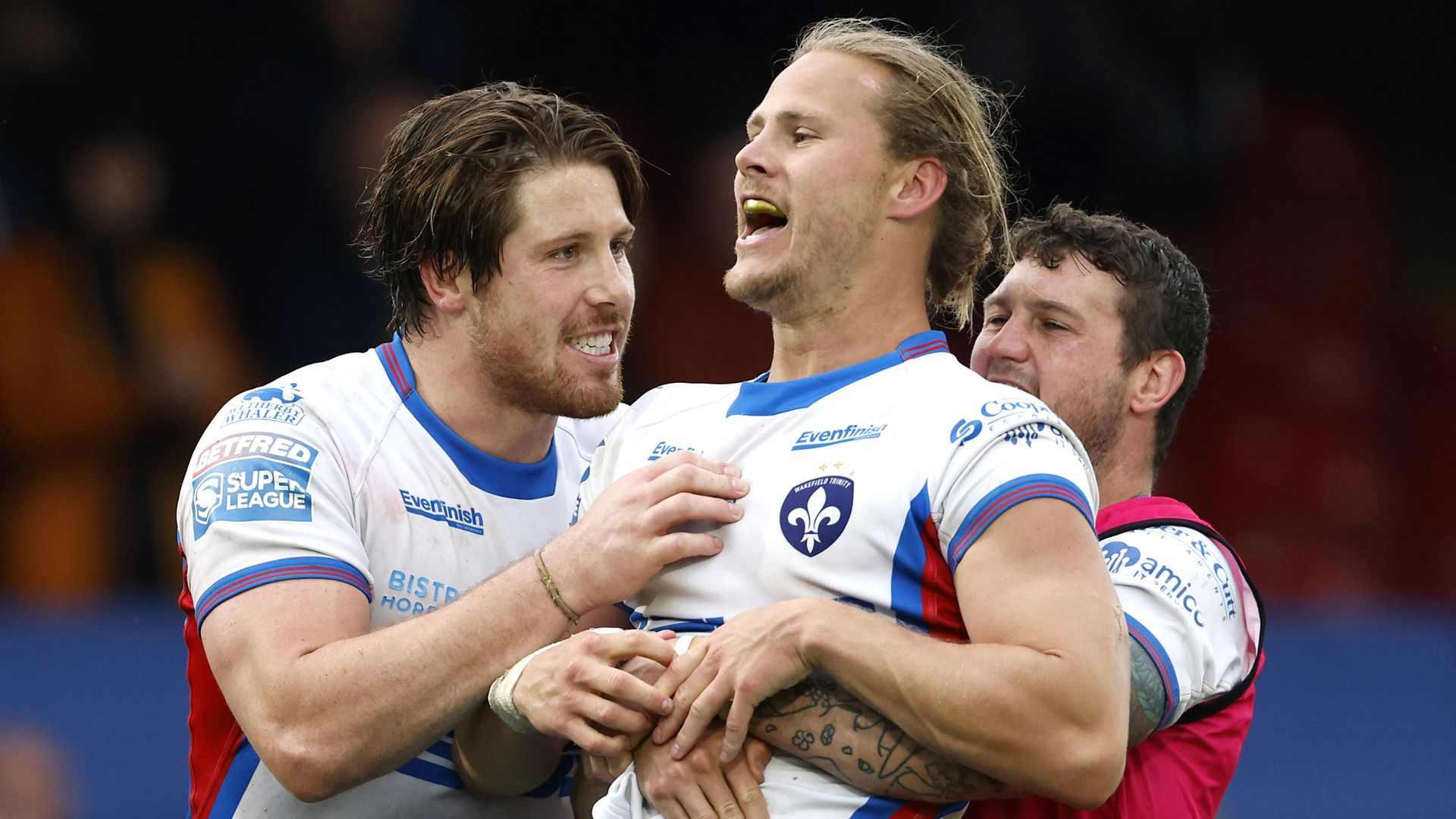 Wakefield captain Jacob Miller capped a stirring fightback with a golden goal drop-goal to clinch a 19-18 victory over Hull and ease his side’s relegation fears.

There seemed no way back for Trinity when they trailed 18-6 at half-time – but they clawed their way back and full-back Lee Gaskell’s converted 78th-minute try sent the game into extra-time.

Hull skipper Luke Gale could have won it, but sent two drop-goal attempts wide and Miller had the final say as Wakefield snatched a crucial victory to move four points clear of bottom-club Toulouse.

The turning point came seven minutes into the second half when Hull full-back Jake Connor – who had earlier provided the cut-out passes for tries by wingers Adam Swift and Darnell McIntosh – limped off injured.

Wakefield also suffered a major injury blow as centre Reece Lyne hobbled off after only four minutes and they soon fell behind when winger Swift scored the first of his two tries.

The visitors extended their lead on 28 minutes, with Connor again the provider for McIntosh and Gale kicked his second conversion from the touchline before adding a penalty to make it 14-0.

Trinity rarely threatened the Hull line until Matty Ashurst pulled out of Connor’s tackle to score a try which Mason Lino converted – only for Swift to collect a bouncing ball from Gale’s kick to the corner on the stroke of half-time.

But Wakefield came more into the game in the second half and centre Corey Hall found a clear path to the line on 67 minutes, pouncing on a handling error by McIntosh.

Lino’s second conversion cut the gap to six points before Gaskell dummied his way over for their third try to set up extra-time and Miller’s priceless one-pointer.

Lachlan Coote joined the 100-try club as Hull KR ended a run of four defeats in all competitions with a 43-16 victory over Salford Red Devils.

Rovers’ other touchdown came from fellow winger Ethan Ryan, while Kallum Watkins, Deon Cross and Joe Burgess all crossed the line for Salford.

Full-back Coote put Rovers ahead after 12 minutes, following up his own last-tackle kick to pluck the ball from Ken Sio’s grasp and touch down.

Watkins swooped on a loose ball by Parcell to get Salford on the scoresheet, but Coote added a drop-goal on the interval hooter and Hall cemented his side’s advantage by going over in the corner soon after the restart.

Salford’s Tyler Dupree was sin-binned after a midfield skirmish and Ryan capitalised to score his side’s fifth try before Cross and Burgess replied late on.