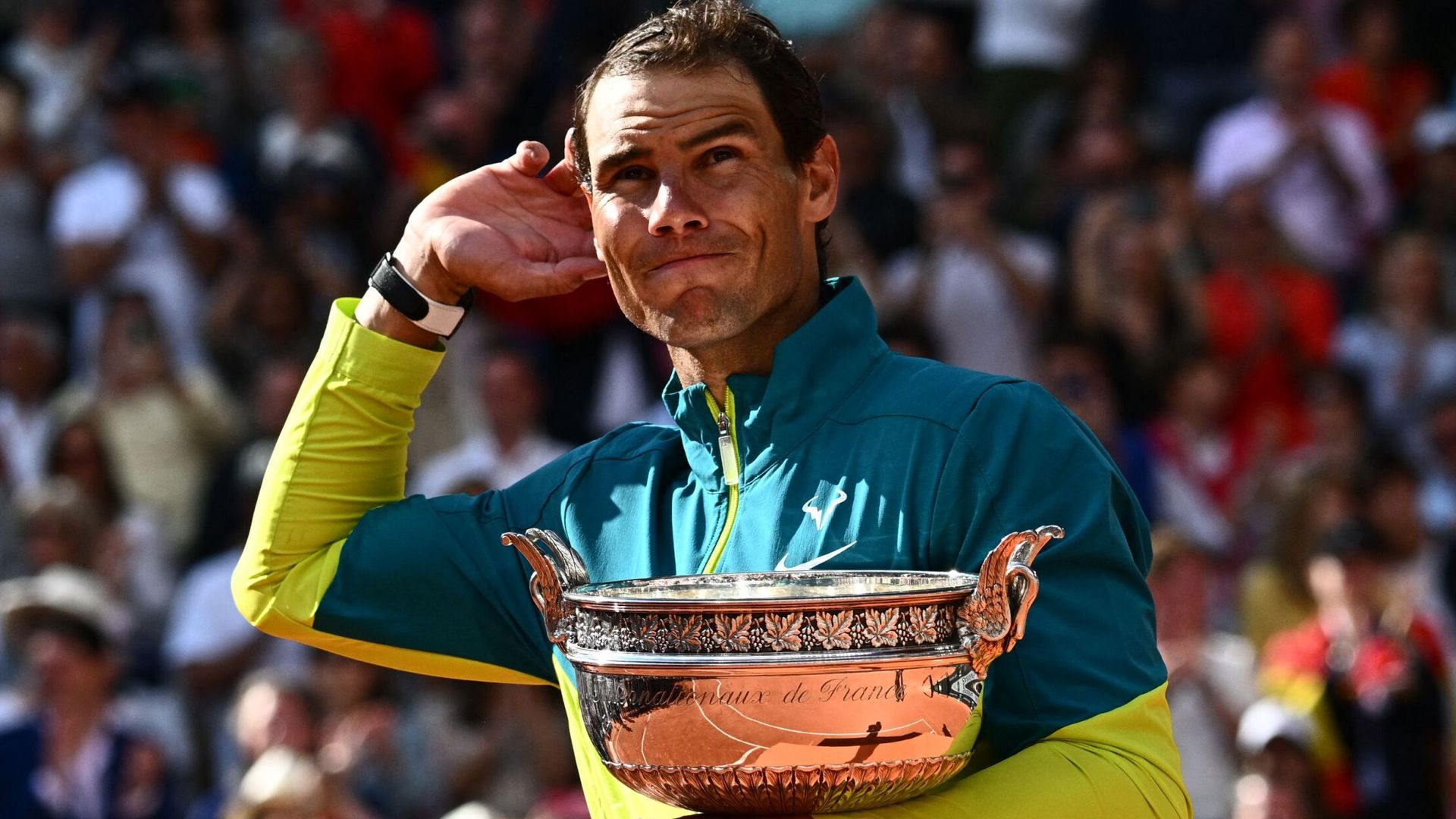 Spain’s Rafael Nadal claims his 22nd Grand Slam title, which extends his men’s record and ties Steffi Graf for second-most major singles titles in the Open Era, behind only Serena Williams’ record of 23; At 36, Nadal is now 112-3 at Roland Garros 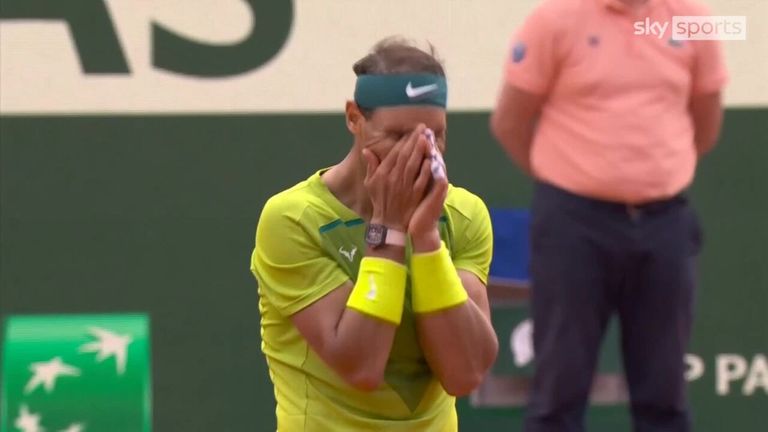 Watch the latest from the French Open as records are broken across the board, including another title for Rafael Nadal

Watch the latest from the French Open as records are broken across the board, including another title for Rafael Nadal

The 36-year-old Spaniard showed all his years of experience to dismantle the Norwegian eighth seed 6-3 6-3 6-0 on Court Philippe Chatrier.

Nadal, who has lost only three times at Roland Garros since his debut in 2005, is two days past his 36th birthday and suffering with a chronic foot problem which has prompted rumours of retirement.

But he brushed aside Ruud in their first competitive meeting to take him two ahead of great rivals Novak Djokovic and Roger Federer.

In his acceptance speech, Nadal scotched any thoughts of imminently hanging up his racket.

“For me personally, it is very difficult to describe the feelings that I have,” he said.

“It’s something that I never believed, that I would be here at 36, being competitive again, playing on the most important court of my career one more time in a final.

“It means everything to me. It means a lot of energy to try to keep going. I just want to say ‘merci, merci beaucoup’.”

“I don’t know what can happen in the future but I am going to keep fighting to try to keep going.”

It was a rude awakening for the underdog when he was broken straight away, and although Nadal let him off the hook with a loose service game, the opening set was soon in the bag.

A double fault gave Ruud a break to love for a 3-1 lead in the second, but he was unable to press home the advantage as Nadal dipped into the energy reserves to hit straight back.

When a forehand winner zipped down the line to bring up set point, Ruud shook his head in despair and promptly double-faulted to give Nadal a 2-0 lead.

Little went right for Norway’s first male singles Grand Slam finalist and, when he feathered a simple volley into the net, Nadal was two breaks up in the third.

In the end, it was a procession with ‘Viva Espana’ blaring out from a band in the stands as Nadal added ‘decimocuarto’ to the Australian Open he won earlier this year after winning his 11th straight game.

Whether his aging, ailing body allows him to collect any more remains to be seen but by lifting the Musketeers’ Cup again, Nadal is halfway through the calendar Grand Slam for the first time in his career.

Gracious in defeat, he said: “This is a first time for me so let’s see how I do. The first and most important thing is to congratulate Rafa.

“It’s your 14th time, 22nd all round in Grand Slams. We all know what a champion you are.

“Today I got to feel how it is to play against you in a final. It’s not easy and I’m not the first victim. I know there have been many before.”