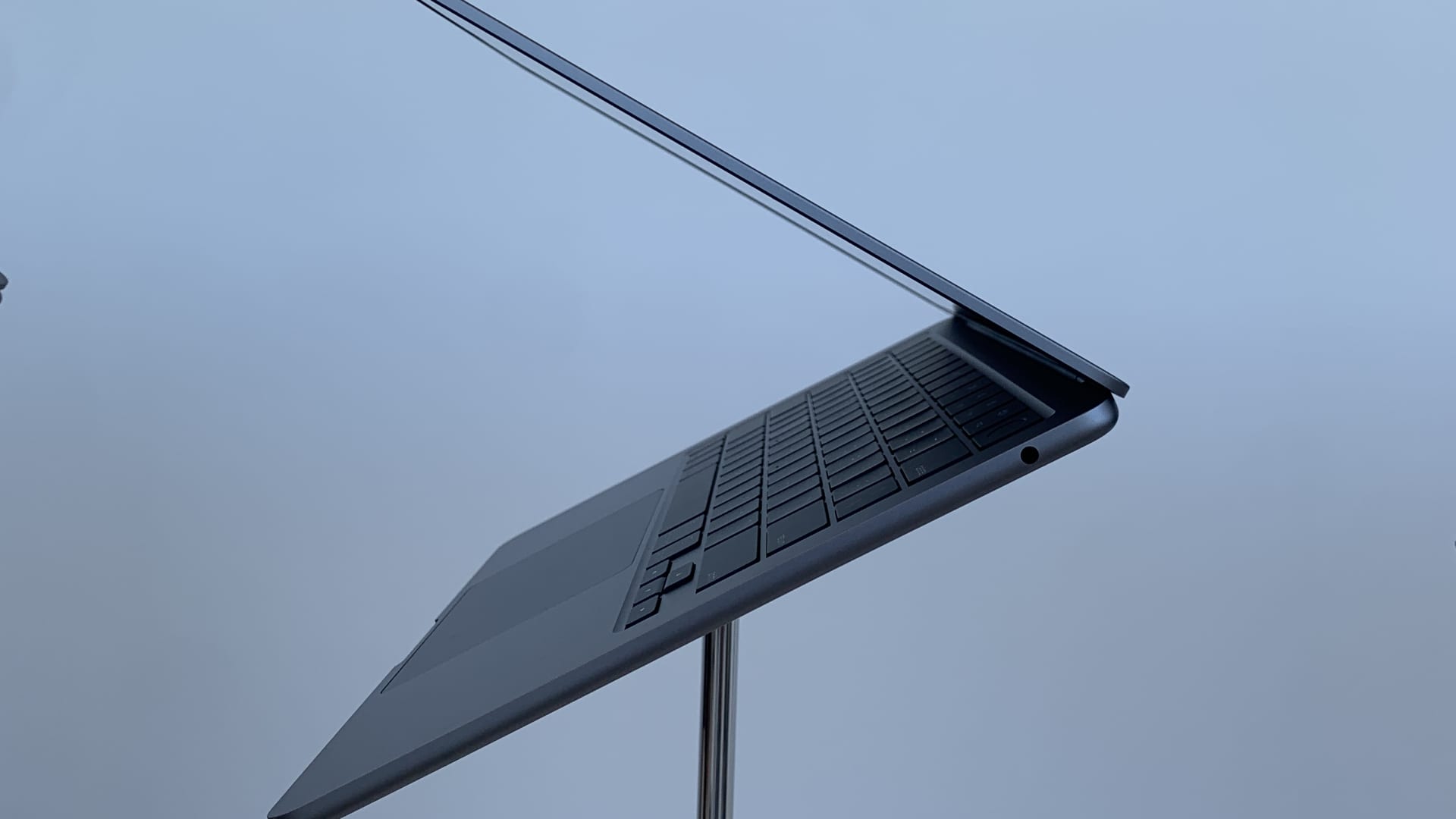 Apple announced a new version of its MacBook Air on Monday at its annual developers conference, WWDC.

The MacBook Air is the best-selling Apple laptop, and the new design will likely boost Mac sales in the coming quarters. In recent years, the Mac product line has been growing strongly — shipments grew about 28% in 2021 versus just under 15% for the entire market, according to a Canalys estimate.

Overall, Apple’s Mac line has seen increased sales both because the pandemic forced people to buy laptops to work or go to school from home and because Apple has been transitioning its computers to use its own chips, instead of Intel’s, which has significantly increased the computers’ battery life.

The new MacBook Air remains a thin and lightweight laptop at 2.7 pounds but features a new look with a consistent thickness rather than the tapering wedge design it’s been known for in recent years.

At its heart is Apple’s newest M2 chip, which was announced Monday and will be faster and more power-efficient than Apple’s previous chip. It has two USB-C Thunderbolt ports for plugging in monitors and peripherals, a headphone jack and a MagSafe magnetic connector for charging.

The new MacBook Air is more expensive than before, starting at $1,199 versus $999 for last year’s model, which remains available. The most powerful configuration costs $2,499.

The company also announced a 13-inch MacBook Pro, which was not available to examine on Monday. Apple said both new MacBooks would be released next month.

The company has had problems keeping Macs in stock in recent weeks as production has been significantly affected by Covid lockdowns in Shanghai, China.