Daniel Ricciardo has scored only 11 points this season and has been outqualified by Lando Norris for all seven races; McLaren admit there are “mechanisms” that could see Australian not reach the end of his three-year contract in 2023 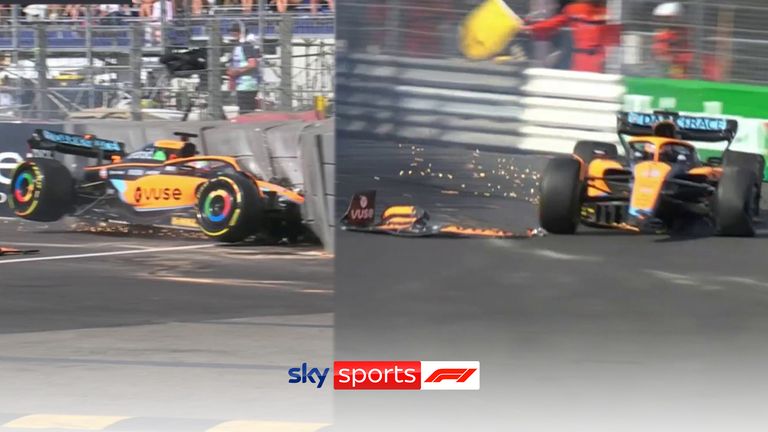 Daniel Ricciardo is adamant he has a contract in place until 2023, but McLaren say there are “mechanisms” which could see his stay end early as rumours increase about the Australian’s future with the team.

Ricciardo joined McLaren as a high-profile signing in 2021 and was expected to lead the team and younger team-mate Lando Norris, but had a mixed debut campaign and has struggled even more so far this year.

Yet to outqualify Norris and scoring just 11 points to the Briton’s 48, Ricciardo’s form has led to questions about his future.

The eight-time race winner, after previously hinting he would be having talks with McLaren in the summer about next season, affirmed in Monaco that he does indeed have a three-year contract until 2023.

He then said after a difficult qualifying: “I have a contract in place. But I don’t want to be 14th. That’s not why I race, let’s put it like that.”

There is an implication from McLaren’s side, meanwhile, that there is some kind of performance clause for Ricciardo’s contract to last three years, with team principal Andreas Seidl saying “our focus is to simply get this to work” while CEO Zak Brown went a step further when hinting at options to end the deal early.

“I’ve spoken with Daniel about it, we’re not getting the results that we both hoped for. But we’re both going to continue to push.

“He showed at Monza [2021 Italian GP] he can win races. We also need to continue to develop our car, it’s not capable of winning races, but we’d like to see him further up the grid.

Ricciardo has proven himself as one of F1’s best but at McLaren – and this year particularly – he just has not got to grips with the car. While he has plenty of time, and talent, to secure his future, McLaren need two competitive drivers and there will be plenty of willing drivers given the dearth of opportunities further up the grid.

In his latest column, Sky Sports F1’s Martin Brundle said “the tension and frustration there is now becoming public” between Ricciardo and McLaren, while on Sky Sports Germany fellow ex-F1 driver Ralf Schumacher cast doubt on the Australian’s future.

“The rumours and also the voices within the team are getting louder and louder,” he said. “He’s just too far behind his team-mate.”

“He has to start turning it around now because if it stays the way it is now, I don’t see him driving at McLaren next year.”

Jenson Button, meanwhile, said he was surprised McLaren had been critical of Ricciardo.

“Formula 1 is a real mental game,” said Sky F1’s Button on Any Driven Monday. “They all have immense skill but you don’t perform if your head is not in the right place.

“I was surprised Zak came out and said he was not meeting expectations – we all know that. But when your team principal comes out and says that, it definitely hurts. From Daniel’s response, it hurt.

“I’m hoping that they have talked since the Monaco GP and they can just focus on really getting the best out of Daniel and the team around him for the rest of the year. Then we’ll see where he ends up in the future.”