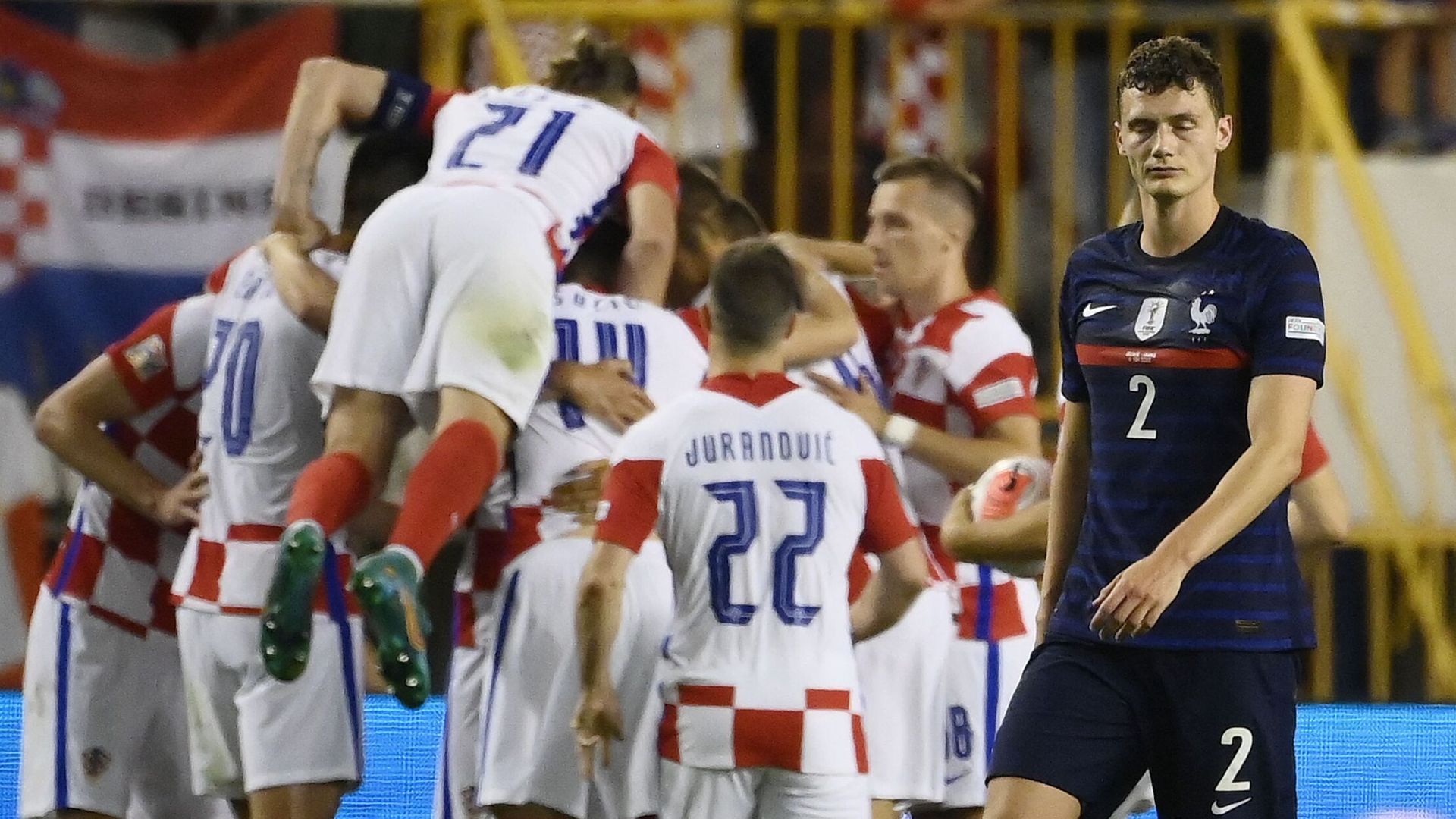 A reshuffled France drew 1-1 away to Croatia in their second Nations League game on Monday, four days after an opening defeat by Denmark.

France went ahead through Adrien Rabiot’s goal early in the second half but Andrej Kramaric’s late penalty, after a VAR intervention, gave the hosts a deserved draw.

World champions France, who slumped to a 2-1 home loss to Denmark in their opening match, were without Kylian Mbappe and Karim Benzema at the start as coach Didier Deschamps made 10 changes to Friday’s team.

Deschamps was back on the bench after he missed Friday’s game against Denmark following the death of his father.

“We did good things considering all the changes. We were ahead and could have scored more but it’s a pity we gifted them the equaliser,” said Deschamps, who insisted France’s goal was to gear up for the World Cup.

“It was however a coherent performance. They barely threatened in the second half.

“The result is not satisfying and even if it’s a competitive game our goal is to prepare for (the World Cup at) the end of the year.”

Croatia were the most dangerous in a lively start before Christopher Nkunku was denied a goal for offside as France began to threaten on the break around the half-hour mark.

Les Bleus piled the pressure on Croatia’s left flank and Moussa Diaby came close before the break just before Aurelien Tchouameni’s fierce strike was parried away by Dominik Livakovic.

France were rewarded for their good intentions in the 52nd minute when Rabiot collected a through ball from Wissam Ben Yedder and found the back of the net with a low shot for his second international goal.

But substitute Jonathan Clauss brought Kramaric down in the area and the striker converted the resulting penalty by wrongfooting Mike Maignan in the 83rd minute.

Kramaric threatened again five minutes from time but Maignan pulled a decisive save to salvage a point.

Jens Stryger Larsen’s winner guided Denmark to a nervy 2-1 win over Austria in their Nations League group match on Monday after kick-off was delayed by 90 minutes due to a power outage in Vienna.

The game eventually kicked off at 10.15pm local time after power was restored.

After a cagey start, Denmark took the lead in the 27th minute when midfielder Pierre-Emile Hojbjerg started the move with a pass out to the right flank and sprinted into the box to get on the receiving end of Rasmus Kristensen’s cross to score.

But Ralf Rangnick’s Austria dominated after the restart and their persistence with the high press eventually paid off when the home side nicked the ball off keeper Kasper Schmeichel in Denmark’s box before Xaver Schlager fired home the equaliser.

Marko Arnautovic, playing his 100th game for Austria, hit the post after rounding Schmeichel and Denmark made him pay in the 84th minute when Larsen curled a shot past the keeper to grab the winner, scored at the stroke of midnight.

The result moved Denmark to the top of Group A1 with six points from two games while Austria are second after France’s draw.

Elsewhere, it was a historic night for Kazakhstan as they held on for a rare away victory in Slovakia, winning 1-0 whilst it finished goalless between Belarus and 10-man Azerbaijan. In Reykjavík, Jon Dagur Thorsteinsson’s second-half strike saw Iceland fightback for a point against Albania in a 1-1 draw and Latvia beat Lichtenstein 1-0.