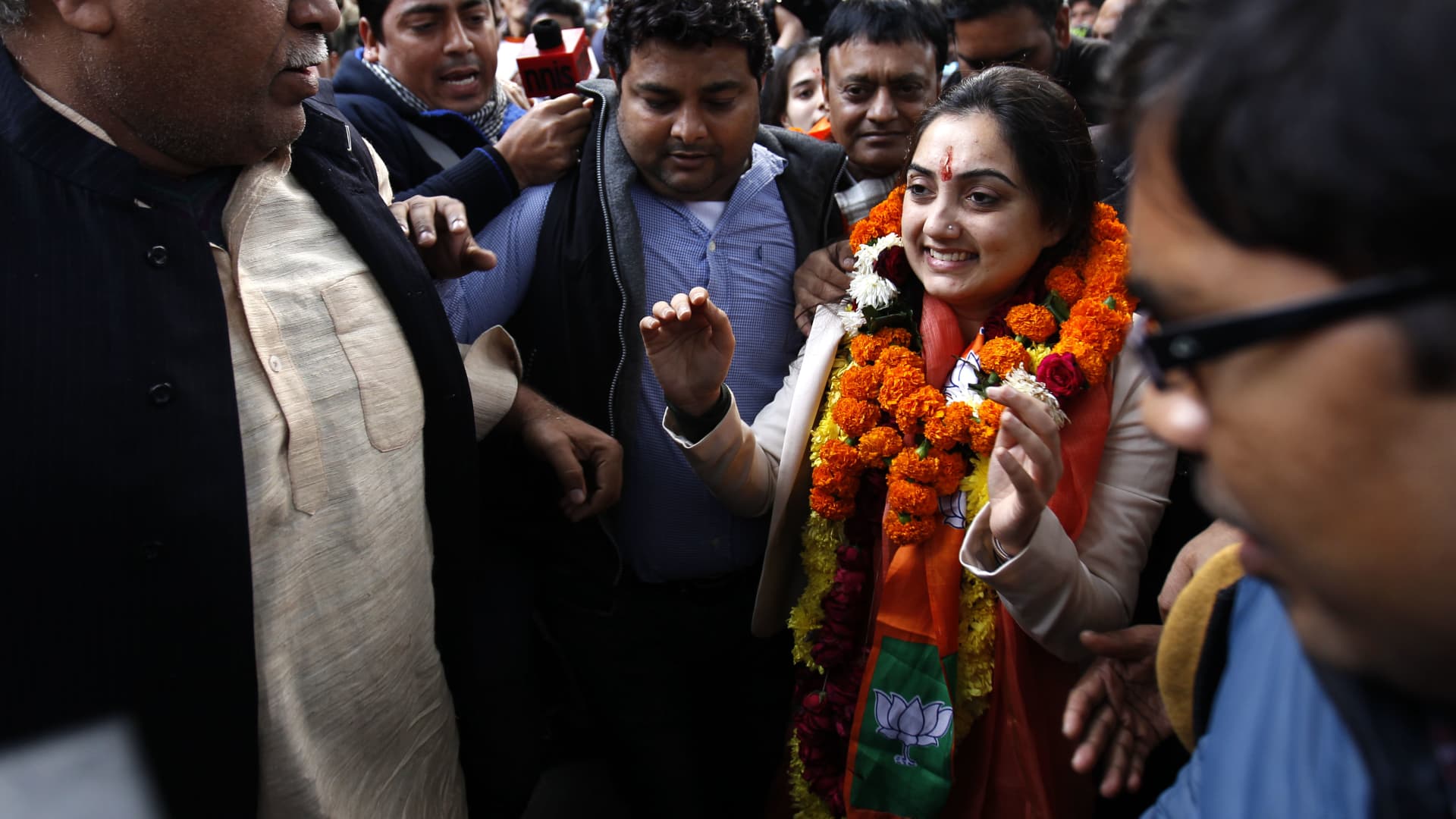 India’s Bharatiya Janata Party’s spokeswoman Nupur Sharma has been suspended in response to comments she made during a TV debate about the Prophet Mohammed.

India’s ruling Bharatiya Janata Party (BJP) said on Sunday it had suspended BJP spokeswoman Nupur Sharma in response to comments she made during a TV debate about the Prophet Mohammed.

The BJP said in a statement on its website that the party respected all religions. “The BJP strongly denounces insult of any religious personalities of any religion.”

Sharma said on Twitter she had said some things in response to comments made about a Hindu god but it was never an intention to hurt anyone’s religious feelings.

“If my words have caused discomfort or hurt religious feelings of anyone whatsoever, I hereby unconditionally withdraw my statement,” she said.

Another BJP spokesman Naveen Jindal was expelled from the party over comments he made about Islam on social media, the BJP office said.

Jindal said on Twitter he had questioned some comments made against Hindu gods. “I only questioned them but that does not mean I am against any religion.”

The BJP statement also said: “The Bharatiya Janata Party is also strongly against any ideology which insults or demeans any sect or religion. The BJP does not promote such people or philosophy.”

Pakistan said in a statement it condemns in the “strongest possible terms” the highly derogatory remarks. “Pakistan once again calls on the international community to take immediate cognizance of the grievously aggravating situation of Islamophobia in India,” it said.

The Ministry of Foreign Affairs of Qatar said in a statement it had summoned the Indian ambassador over the comments.

The State of Kuwait also summoned the Indian ambassador and said it had handed the ambassador a protest note in which Kuwait rejected and denounced the statements made by the BJP official.

Qatar’s foreign ministry statement also said it welcomed the (BJP) party’s decision to suspend the official but said Qatar was expecting a public apology and immediate condemnation of these remarks by the Indian government.