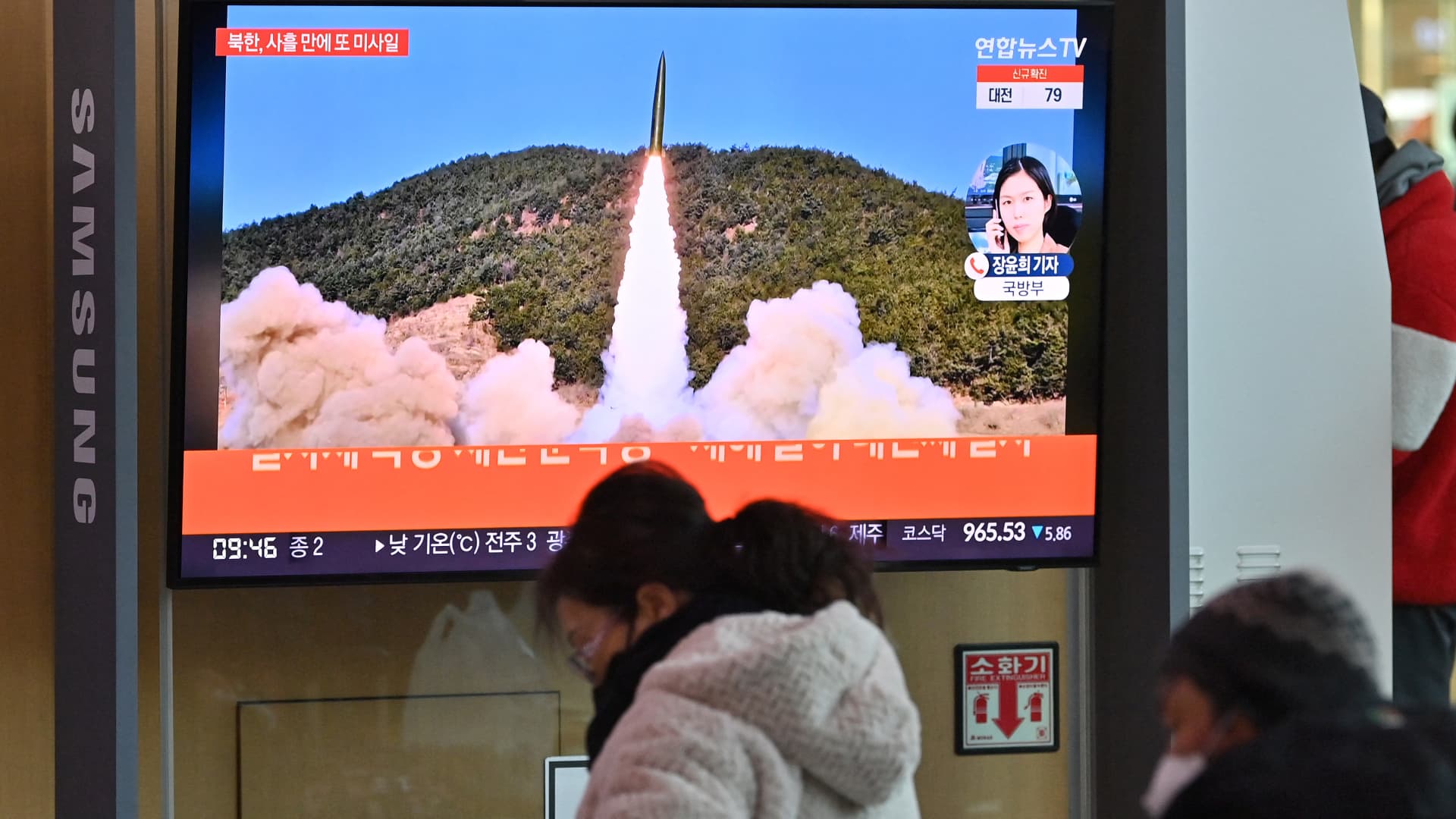 A news broadcast shows file footage of a North Korean missile test, at a railway station in Seoul on Jan. 17, 2022, after North Korea fired an unidentified projectile eastward in the country’s fourth suspected weapons test, according to the South’s military.

The action is a demonstration of “the capability and readiness to carry out precision strike” against the source of North Korea’s missile launches or the command and support centers, South Korea’s Yonhap news agency cited the South Korean military as saying.

South Korean President Yoon Suk-yeol, who took office last month, has vowed to take a tougher line against the North and agreed with U.S. President Joe Biden at a May summit in Seoul to upgrade joint military drills and their combined deterrence posture.

The militaries of South Korea and the United States fired eight surface-to-surface missiles over about 10 minutes starting at 4:45 a.m. on Monday (1945 GMT Sunday) in response to the eight missiles fired by the North on Sunday, Yonhap reported.

“The ROK-U.S. Alliance remains committed to peace and prosperity on the Korean Peninsula and throughout the Indo-Pacific. The U.S. commitment to the defense of the ROK remains ironclad,” it said in a statement, using the initials of South Korea’s official name.

North Korea’s short-range ballistic missiles, fired toward the sea off its east coast on Sunday, were probably its largest single test and came a day after South Korea and the United States ended joint military drills.

The South Korea-U.S. bilateral exercises involved an American aircraft carrier for the first time in more than four years.

Japan and the United States also conducted a joint military exercise on Sunday in response to the latest North Korea missile tests.

North Korea, which is several weeks into battling its first known outbreak of Covid-19, has criticized previous joint drills as an example of Washington’s continued “hostile policies” toward Pyongyang, despite its talk of diplomacy.

North Korea has conducted a flurry of missile launches this year, from hypersonic weapons to tests of its largest intercontinental ballistic missiles (ICBMs) for the first time in nearly five years.

Yonhap, citing an unidentified source, said the North’s volley on Sunday was launched from four locations, including Sunan in the capital, Pyongyang.

North Korea continued with its recent trend of not reporting on missile launches in state media, which some analysts have said is meant to show that they are doing it as part of routine military drills.

Last month, North Korea fired three missiles, including one thought to be its largest ICBM, the Hwasong-17, after Biden ended an Asia trip where he agreed to new measures to deter the nuclear-armed state.

The combined forces of South Korea and the United States fired missiles in response to those tests too, which the two allies say are violations of U.N. Security Council resolutions.

Last month, the United States called for more U.N. sanctions on North Korea over its ballistic missile launches, but China and Russia vetoed the suggestion, publicly splitting the U.N. Security Council on North Korea for the first time since it started punishing it in 2006, when North Korea conducted its first nuclear test.