BREAKING NEWS
GMT+2 06:27
Home Politics Down In The Dumps! Biden Is The Most Unpopular President Since Tracking Began In 1945 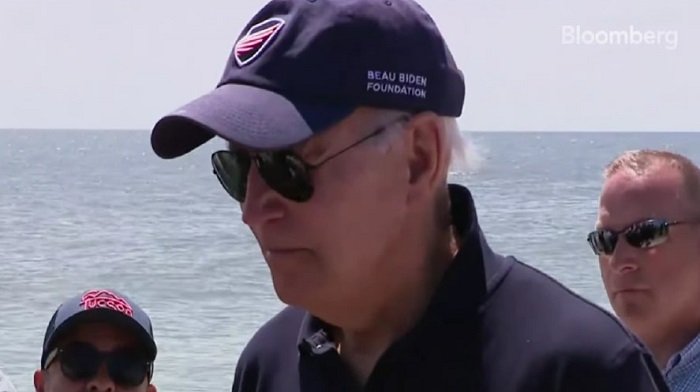 Down In The Dumps! Biden Is The Most Unpopular President Since Tracking Began In 1945

A recent headline from FiveThirtyEight asks: “How unpopular is Joe Biden?” The numbers show him with staggeringly low popularity, well below any President since tracking began in 1945.

The polling group, in a simplistic explanation, uses weighted averages from every national presidential poll to arrive at their numbers.

President Biden started his administration with a 53.9 percent approval rating and a 35.1 percent disapproval rating, according to the outfit.

Now, the numbers are nearly reversed.

Biden has a 39.8 percent approval compared to 54.3 percent disapproval.

When viewing every other President prior to him on day 517 of their administration, Biden is the only one to come in under 40 percent.

Based on how I read this, @JoeBiden is the most unpopular president in history. Am I wrong?https://t.co/KGZTJc6DfW

RELATED: Democrat Tulsi Gabbard: Biden Will Be Remembered As ‘Worse Than Jimmy Carter’

These numbers suggest President Biden is poised to be viewed in history as even more unpopular than former President Jimmy Carter, who is often viewed as one of the worst presidents in our nation’s history, ranking consistently at the bottom of surveys alongside James Buchanan and Andrew Johnson.

“Biden will be remembered as being worse than Jimmy Carter,” she said in a recent television appearance.

She mentioned how gas prices and inflation were a crisis under the Carter administration just as they are under Biden, “but they’re ignoring the fact that Carter’s policies didn’t fast-track us into a new Cold War or push us into a place where we’re closer to a nuclear war now than since the Cuban missile crisis.”

Biden ‘Twisted’ That He’s Viewed as Worse Than Trump

If Biden was bent over the polls showing he’s one of the most unpopular presidents in modern history before, these new weighted aggregates aren’t going to alleviate his pain.

NBC News reported weeks ago that Biden “is rattled by his sinking approval ratings.”

“He’s now lower than Trump, and he’s really twisted about it,” a White House source said.

Want to know how unpopular Joe Biden is right now?

Beto would rather stand by his pledge to go door-to-door confiscating guns in Texas than stand by President Biden on a campaign stage. https://t.co/xSD1FJyAJG

In other brutal polling news for Democrats, Gallup reports that midterm indicators right now are “very unfavorable for Democrats.”

The losses in the House and Senate could be historic.

The numbers “would all predict a greater-than-average loss of seats for the Democratic Party this fall,” Gallup writes.

Which is good news, considering a Republican House and Senate are the only way to at least slow the rapid decline of America under an unpopular and incompetent president.

“Americans’ satisfaction with the way things are going in the U.S. is also on pace to be the worst it has been in a midterm election year. The 16% currently satisfied is six points lower than the prior midterm low — 22% in 2010.”https://t.co/GhdQ31Cfob

Meanwhile, Biden seems more focused on messaging than actually concentrating on doing a better job for the American people.

“Biden has been leaning on White House aides to come up with a message that captures the stark choice voters face,” NBC relayed.

“Biden himself thought up the phrase ‘Ultra MAGA,’ which he and other Democrats have started using in hope of drawing a clear contrast with Trump’s movement.”

Unfortunately for him, branding your political opponents as ‘ultra’ anything doesn’t quite have the same effect when you, yourself, can be associated with ultra-high gas prices, ultra-high grocery prices, and ultra incompetence.