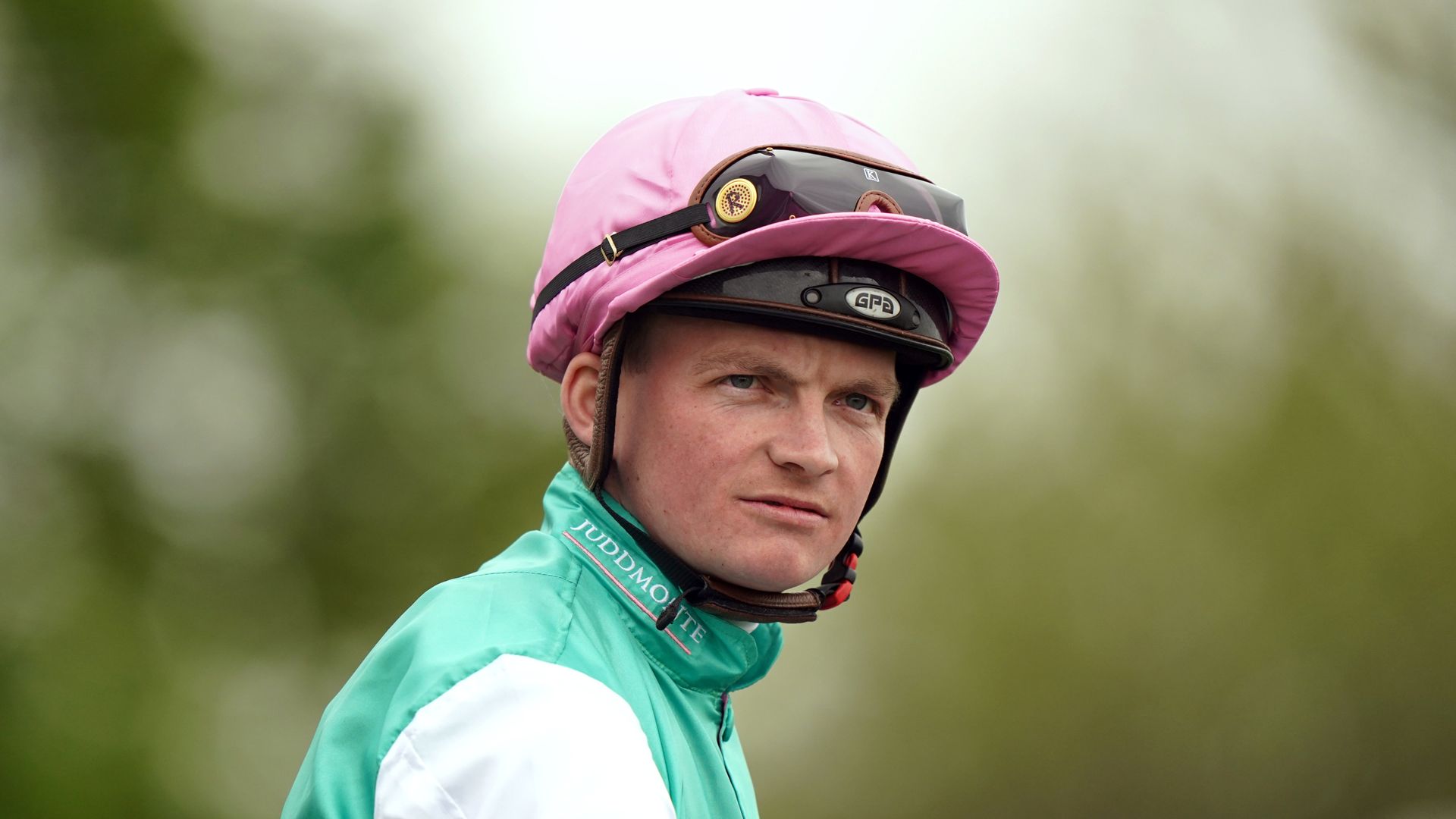 Connections of leading Irish Derby contender Westover insist their decision to replace jockey Rob Hornby with ‘able deputy’ Colin Keane is purely down to the Irishman’s experience at the Curragh.

Hornby has been on board Westover on his two previous starts this season, including when producing a fast-finishing third in the Derby at Epsom three weeks ago after enduring a troubled run.

Reflecting on the ride at Epsom, Hornby told Sky Sports Racing earlier this month that he had a ‘fair crack’ at the race and was just ‘unlucky’ in-running.

Since that effort, Ralph Beckett’s colt has been at the head of ante-post lists for the Irish equivalent, which takes place on Saturday.

Explaining their move, Barry Mahon, general manager of Ireland and European racing for Westover’s owner-breeders Juddmonte, said: “Rob Hornby is an integral part of the team in Ralph Beckett’s, has done a wonderful job with Westover and I thought he gave him a beautiful ride in Epsom. Speaking to Sky Sports Racing earlier this month, jockey Rob Hornby said he was ‘disappointed and sad’ with Westover’s luckless finish in the Derby at Epsom

“Our decision is purely down to Colin’s experience and experience of the Curragh and Curragh Classics. What better man than a three-time Irish champion jockey who has won an Irish 2,000 Guineas and an Irish Oaks at the Curragh to get on board?

“He knows the track inside out and hopefully that will be a help to Westover. We just felt, for this race anyway, that he’s an able deputy.”

What connections did not envisage, however, was a curveball from Aidan O’Brien, who revealed on Tuesday that Oaks winner Tuesday would be added to the field to take on the colts.

The daughter of Galileo, who was placed in the 1000 Guineas and the Irish 1,000 Guineas prior to her narrow defeat of Emily Upjohn at Epsom, will bid to become the first filly to win the Irish Derby since the Frankie Dettori-ridden Balanchine in 1994.

Mahon said: “I think her inclusion is going to guarantee a very good race.

“I don’t know what way the bookies will chalk it up with Tuesday in the race. She’s a top-class filly who has been placed in two Guineas and won an Oaks and is bred in the purple, so she’s going to be a formidable opponent, especially with the 3lb allowance.

“Westover is good. He did his last bit of work on Monday morning and Ralph and the team were happy, so everything seems set for Saturday.”

Westover and Tuesday are among 16 possible runners in the Ireland’s premier Classic following the confirmation stage, with the latter unsurprisingly the only filly in contention.

Westover is set to be joined on the trip from Britain by the David Menuisier-trained Lionel, who has had this as his target since winning last month’s Cocked Hat Stakes at Goodwood.

O’Brien, who has already won the Irish Derby on a record 14 occasions, has also left in Derby sixth Stone Age as well as Anchorage, last week’s King Edward VII Stakes winner Changingoftheguard and Temple Of Artemis.

Joseph O’Brien has Buckaroo, Hannibal Barca and Vega Magnifico in the mix, while his brother Donnacha could saddle Epsom disappointment Piz Badile.