England have already clinched a series win over New Zealand, leading 2-0 going into the third and final Test at Headingley – watch live on Sky Sports Cricket and Sky Sports Main Event from 10am on Thursday 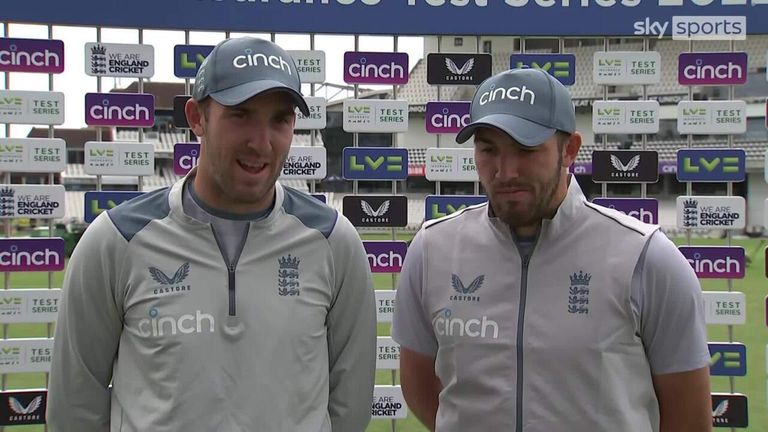 Jamie and Craig Overton could become the first twin brothers to play Test cricket together for England in this week’s third Test against New Zealand.

Jamie and Craig Overton could become the first twin brothers to play Test cricket together for England in this week’s third Test against New Zealand.

Jamie Overton has credited his “spicy” sibling rivalry with twin Craig as aiding his maiden call-up to the England Test squad for the third LV= Insurance Test against New Zealand this week.

The 28-year-olds are part of a 14-man squad for the Headingley Test, which gets under way on Thursday, live on Sky Sports Cricket from 10am.

Jamie, who previously played with his brother at Somerset, has impressed selectors while spearheading Surrey’s unbeaten run to the top of the County Championship this season, taking 21 wickets at an average of 21.61.

“The season has gone very well for me. I struggled a little bit last year – moving to Surrey is a big step from Taunton – but it’s going well this year and hopefully I can keep showing the form I have.

“I feel good. Obviously, I’m very excited and fingers crossed I get a go and can show people what I can do.” 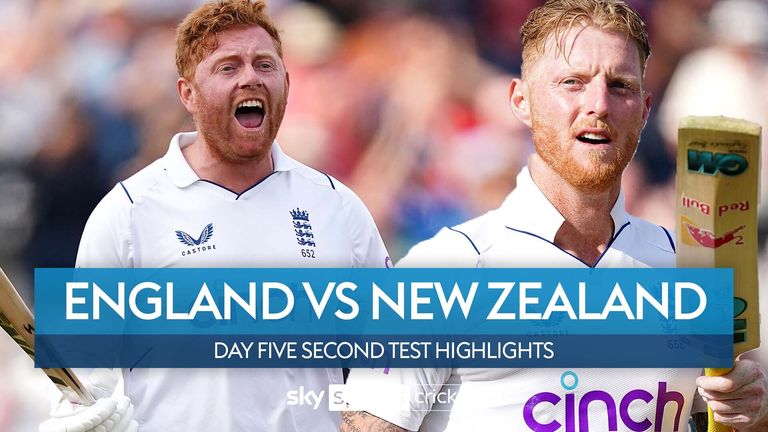 Highlights of an incredible fifth day of the second Test between England and New Zealand at Trent Bridge.

Highlights of an incredible fifth day of the second Test between England and New Zealand at Trent Bridge.

Explaining his upturn in form in his second season with Surrey, Jamie said: “Confidence is a big thing.

“And changing my run up at the start of the year is probably the biggest thing so far that has been noticeable. I’ve shortened my run up with Azhar Mahmood, the bowling coach.

“It has sort of been a work in progress, but it has felt really easy and really smooth and hopefully I can keep that going.

“It’s hard to say the best, but it certainly has the potential to be the best I’ve ever bowled.”

Jamie and Craig would become the first twins to play Test cricket together for England if picked for the third Test, but only last week the pair were squaring up against each other on opposing teams, with Craig coming off a little worse for wear.

When batting for Somerset, Craig had to be withdrawn with concussion symptoms after being struck on the helmet by a bouncer from his brother, though he has since been cleared by the England medical staff and confirmed his head is “all fine” and he’s “ready to go”.

“I think any sibling rivalry is always going to add a bit of extra spice,” Jamie said. “Knowing me and Craig we’re probably even spicier than a lot of people.

“It’s always going to heat up a little bit when we play each other, but that competitive edge is a nice thing.”

New Zealand left-arm fast bowler Trent Boult says he is ready to move on from his chastening experience at the hands of Jonny Bairstow in the second Test and embrace a “blank canvas” for the final game of the series at Headingley.

Boult was in the thick of things at Trent Bridge as Bairstow repeatedly smashed the New Zealand attack into the stands in an outrageous display of ball-striking that saw England successfully chase 299 on the final day.

“Jonny’s pumped me a couple of times, actually,” Boult said. “The way he played on that final day was very special, he really took the game by the horns and didn’t let go. 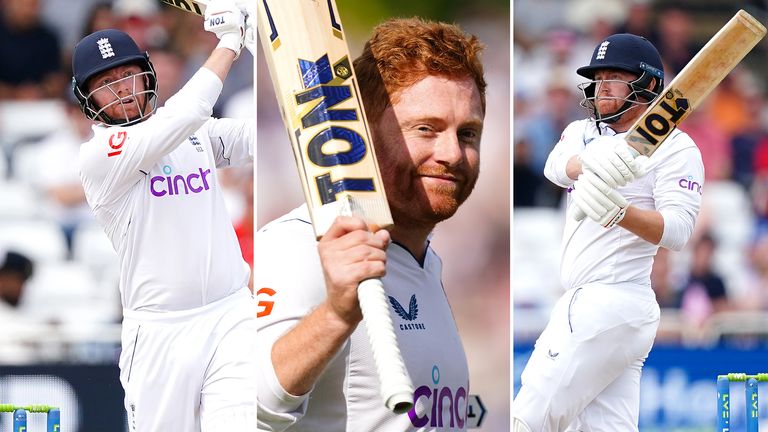 Highlights from Jonny Bairstow’s incredible hundred in the second innings of the second Test between England and New Zealand.

Highlights from Jonny Bairstow’s incredible hundred in the second innings of the second Test between England and New Zealand.

“He’s definitely a big player for them in the middle order and we know how destructive he is, he’s done it many a time.

“But nothing too much changes for us, hopefully we get into him nice and early this time when the ball is a bit new and we’ll see what happens.

“It’s a blank canvas here again and we’ll look forward to seeing what happens. I suppose it’s hard being 2-0 down in the series, but there’s a lot of pride in that changing room from some of the performances we’ve put out over the last few years.

“I know the boys are looking forward to the challenge.” 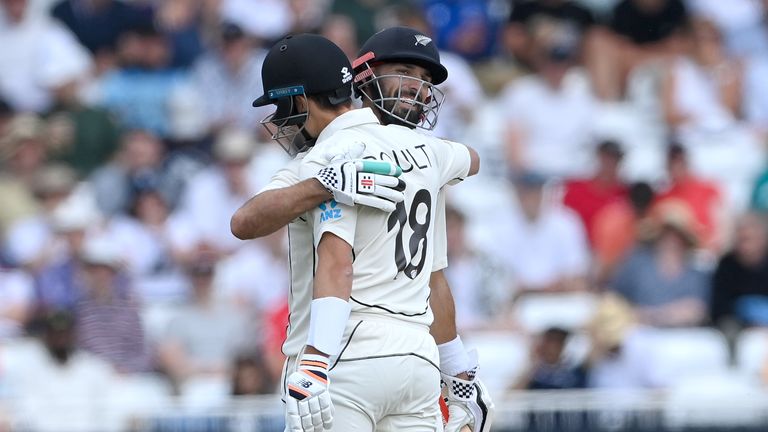 New Zealand will welcome back captain Kane Williamson in Leeds after a positive Covid-19 Test forced him out of the previous clash.

“He was disappointed to have to sit out the last game, it was a big game for us,” said Boult.

“He’s hungry to get out there to lead the side and desperate to get some runs. He’s a big player for us and his record speaks for itself.”

Watch England take on New Zealand in the third Test, from Headingley, live on Sky Sports Cricket and Sky Sports Main Event from 10am on Thursday.