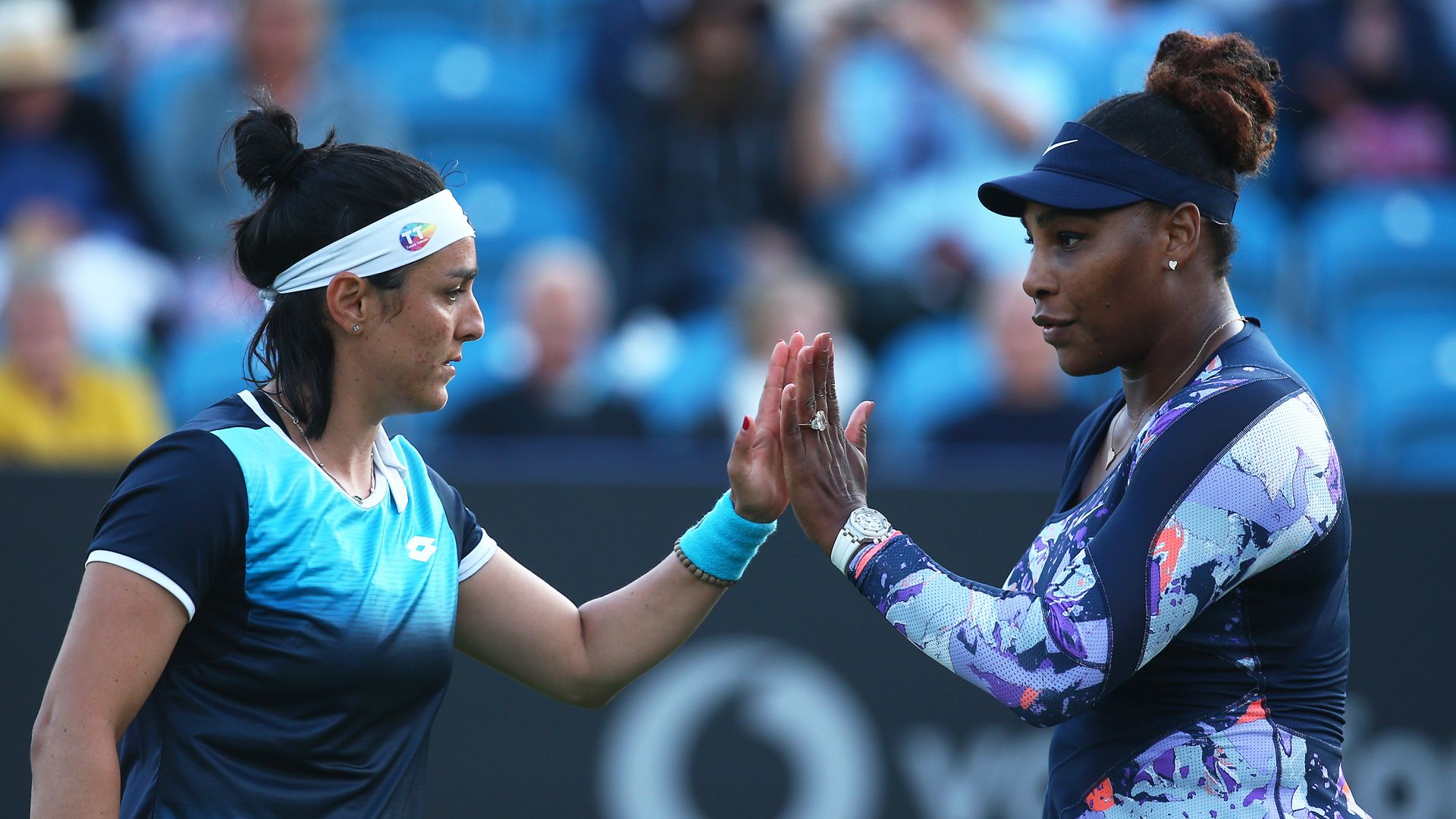 The 23-time grand-slam champion made her comeback appearance 12 months after she was forced to retire in the first round at Wimbledon due to a right leg injury.

Serena Williams enjoyed a triumphant return to tennis after she partnered up with Ons Jabeur for a 2-6 6-3 13-11 doubles win over Marie Bouzkova and Sara Sorribes Tormo in the Rothesay International Eastbourne.

The 23-time grand-slam champion made her comeback appearance 12 months after she was forced to retire in the first round at Wimbledon due to a right leg injury.

Williams took her time to warm up but soon showed flashes of her old self and hit numerous volleyed winners to help the new doubles duo begin with a victory in their last-16 tie at Devonshire Park.

Williams told the BBC: “It was so fun to play with Ons. We had fun. Our opponents played amazing and we were just trying to stay in there.”

Asked whether they will play doubles together at Wimbledon, Williams added: “We’re taking this show on the road! No, we’re just taking it one day at a time.

British number four Katie Boulter roared back from almost suffering a first-set bagel to dump out last year’s Wimbledon finalist Karolina Pliskova in the second round of the Rothesay International Eastbourne.

The 25-year-old trailed 5-0 inside half an hour to the world number seven but after she got on the board kept with the Czech before she got the Centre Court crowd off their feet on a number of occasions during a dramatic second and third set.

Boulter was able to take five of her 19 break-point opportunities to secure a 1-6 6-4 6-4 win and continue her great form after she claimed a previous career-best scalp over Alison Riske in Birmingham last week.