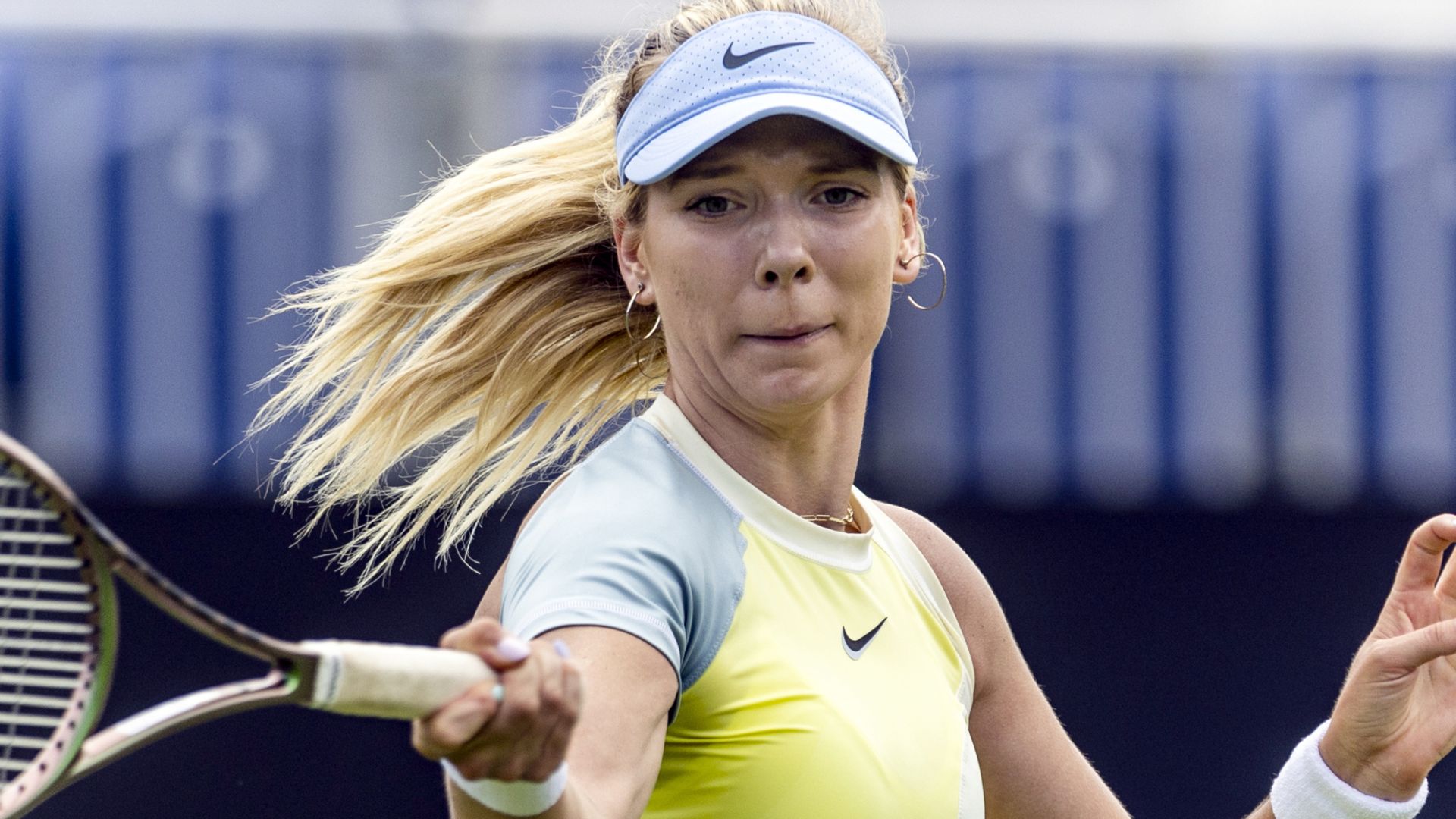 Katie Boulter came close to another big upset in Eastbourne before losing to Petra Kvitova in three sets; British men’s No. 1 Cameron Norrie advanced with victory over Brandon Nakashima; Dan Evans lost out to Maxime Cressy

Katie Boulter pushed two-time Wimbledon champion Petra Kvitova all the way before losing in three sets in the last 16 of the Rothesay International Eastbourne.

The world No 127 had knocked out last year’s Wimbledon runner-up Karolina Pliskova in the previous round to continue her impressive summer on grass, and claimed the opener on Centre Court to move within one set of the quarter-finals.

But Kvitova showed her class during the second and held her nerve in the decider at Devonshire Park to win 5-7 6-0 7-5.

Boulter will now turn her attention to Wimbledon, which starts on June 27.

British No 4 Boulter started slowly and a double fault in her first service game gave Kvitova an early break.

The 32-year-old looked on course to take the opening set before the Brit stormed back in fine fashion to reel off five consecutive games to clinch it 7-5.

Kvitova, a former world No. 2, upped her level in the next set and even a second brief stoppage for a medical emergency in the crowd could not halt her momentum as she served out a bagel to Boulter.

After almost a year out of the game through injury, Serena Williams expressed her delight to be back on court at Eastbourne with her doubles partner Ons Jabeur

After almost a year out of the game through injury, Serena Williams expressed her delight to be back on court at Eastbourne with her doubles partner Ons Jabeur

Admirably the home favourite regrouped but was decisively broken when she attempted to force a tie-breaker to lose in two hours and 23 minutes.

British men’s No. 1 Cameron Norrie eased past Brandon Nakashima 6-4 6-2 earlier in the day for his first win on grass this summer.

Norrie had suffered a first-round exit at Queen’s last week but produced an accomplished display against his American opponent, breaking serve three times.

A first break occurred in the sixth game of the match, with two stunning forehand winners followed by an overhead smash.

It saw Norrie, who will be seeded ninth at Wimbledon, take control of the second-round tie and two early breaks in the second set secured a routine victory clinched with yet another sumptuous forehand winner rushing into the net.

“I love coming here so glad I could enjoy it and play great,” said world No. 12 Norrie.

“It would have been nice to go deeper at Queen’s but now looking to get some more matches and time on the grass before Wimbledon here.”

There will be no all-British meeting in the quarter-finals, though, after Dan Evans was knocked out by Maxime Cressy 7-6 6-4.

Evans went a break down early in the first set but hit back to force a tie-break only to miss out and a close second went the way of the American.

Serena Williams and Ons Jabeur play their second-round doubles clash against Shuko Aoyama and Chan Hao-ching later in the day on Tuesday, having won their opening match of the week on Williams’ return after a year out.