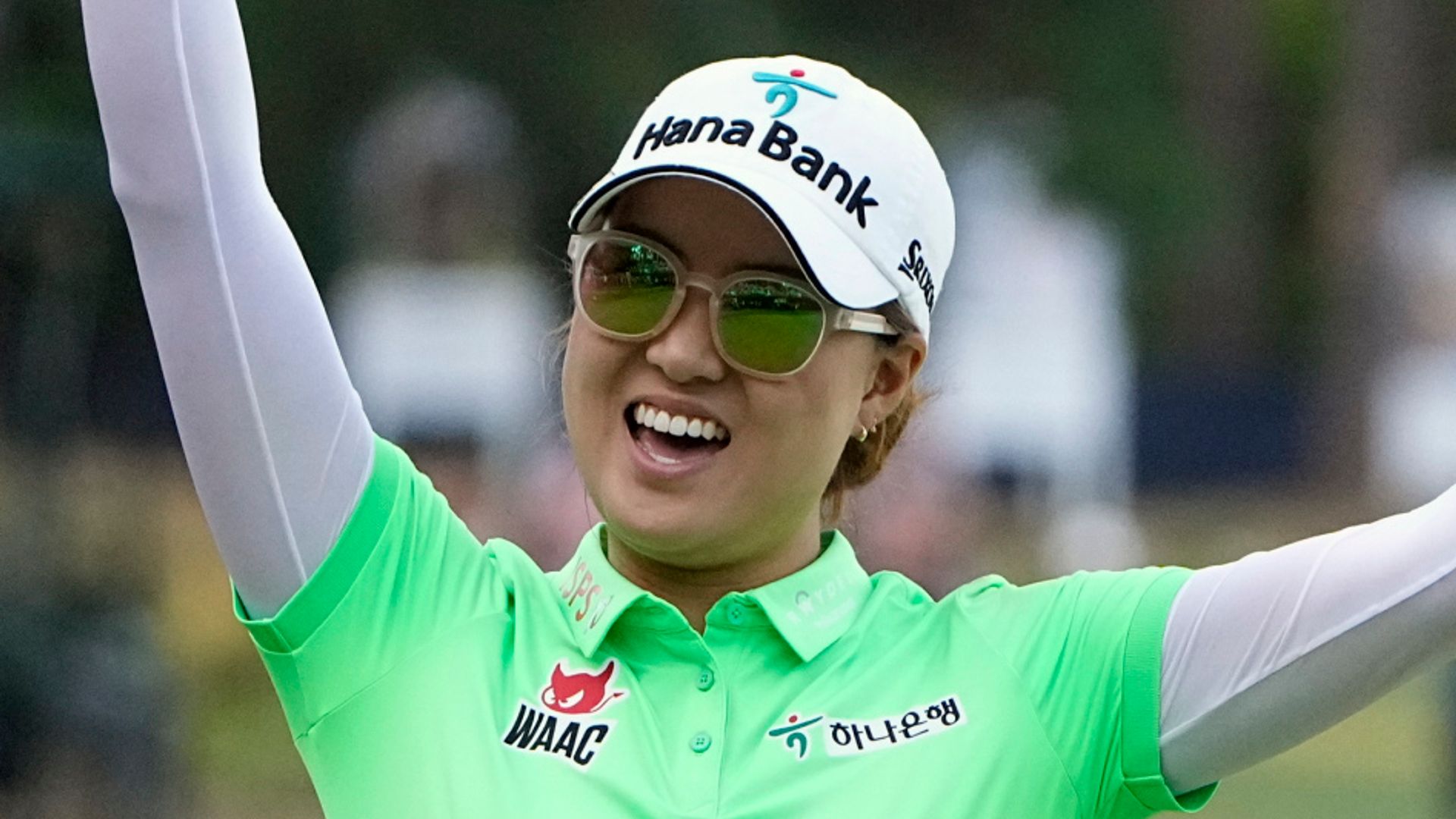 After claiming her second major at the US Women’s Open, Minjee Lee says she now hopes to win the remaining three

After claiming her second major at the US Women’s Open, Minjee Lee says she now hopes to win the remaining three

Minjee Lee is targeting a dream double in 2022 with the Australian among the favourites at this week’s Women’s PGA Championship in Maryland.

The 26-year-old had her breakthrough major victory at last year’s Evian Championship and captured her second major with a victory at the US Open earlier this month that saw her collect the largest pay-out in women’s golf.

Perth-born Lee said her victory at the Evian Resort Golf Club in France last year gave her the push she needed to win the biggest prizes.

“I think definitely after Evian I got a little less pressure, like a monkey off my back,” she told reporters.

“Going into the US Open and all the other majors I think I have a bit more confidence playing in them – more confident than extra pressure.”

Lee pocketed a record $1.8m winner’s cheque after her US Open victory and will be keen to get her hands on the $1.35m on offer for the winner at Congressional this week after the overall prize money was doubled to $9m.

Lee said she was motivated more by the chance to add to her trophy collection than the money on offer at the tournament, which will mark the first time women have played a major at the venue.

“Two majors in one season, that’s just overtaken my dreams, so I think it would be really, really special,” said Lee, who is looking to emulate compatriot Karrie Webb by winning the US Open and the PGA Championship in the same season. 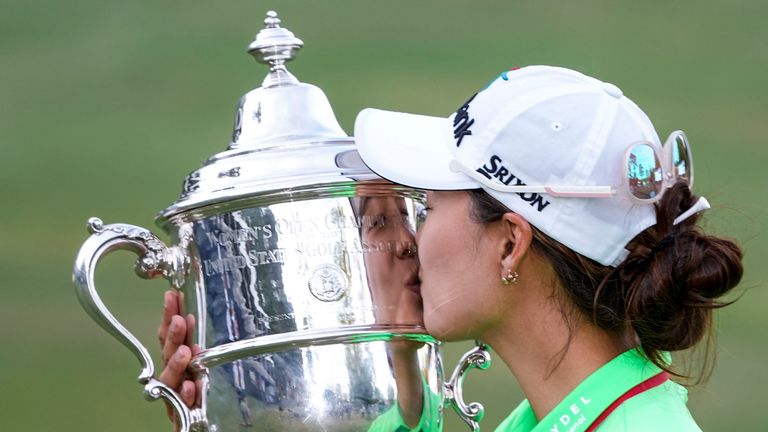 Highlights of the final day at the US Women’s Open at Pine Needles Lodge and Golf Club, where Australia’s Minjee Lee claimed her second major title

Highlights of the final day at the US Women’s Open at Pine Needles Lodge and Golf Club, where Australia’s Minjee Lee claimed her second major title

Lee has set her sights on winning the KPMG Women’s PGA Championship, which begins later this month, and the AIG Women’s Open.

“I have won two major championships and I do want to win the other three, that is probably going to be my next big goal,” she told Sky Sports.

“We have Evian coming up, British Open coming up, so we still have two majors left or three so that is where my goals are going to be. Every major championship is very difficult to win.

“There are so many aspects that go into winning a tournament and everything has to be there so I feel like I can only really prepare for the first shot I hit that week but I will always do my best.

“I will just prepare the way I have been for the other majors and the other events I have been playing and I don’t think many things are going to change.

“I put countless hours into all aspects of my game and just to see it all coming together has been really, really special for me.

“I don’t know if I was surprised, I was just really focused every single day and I had a goal in my mind and that is pretty much what I was working towards.

“I don’t know if it was surprising but I know I had it in me I just didn’t know when it was going to come.”