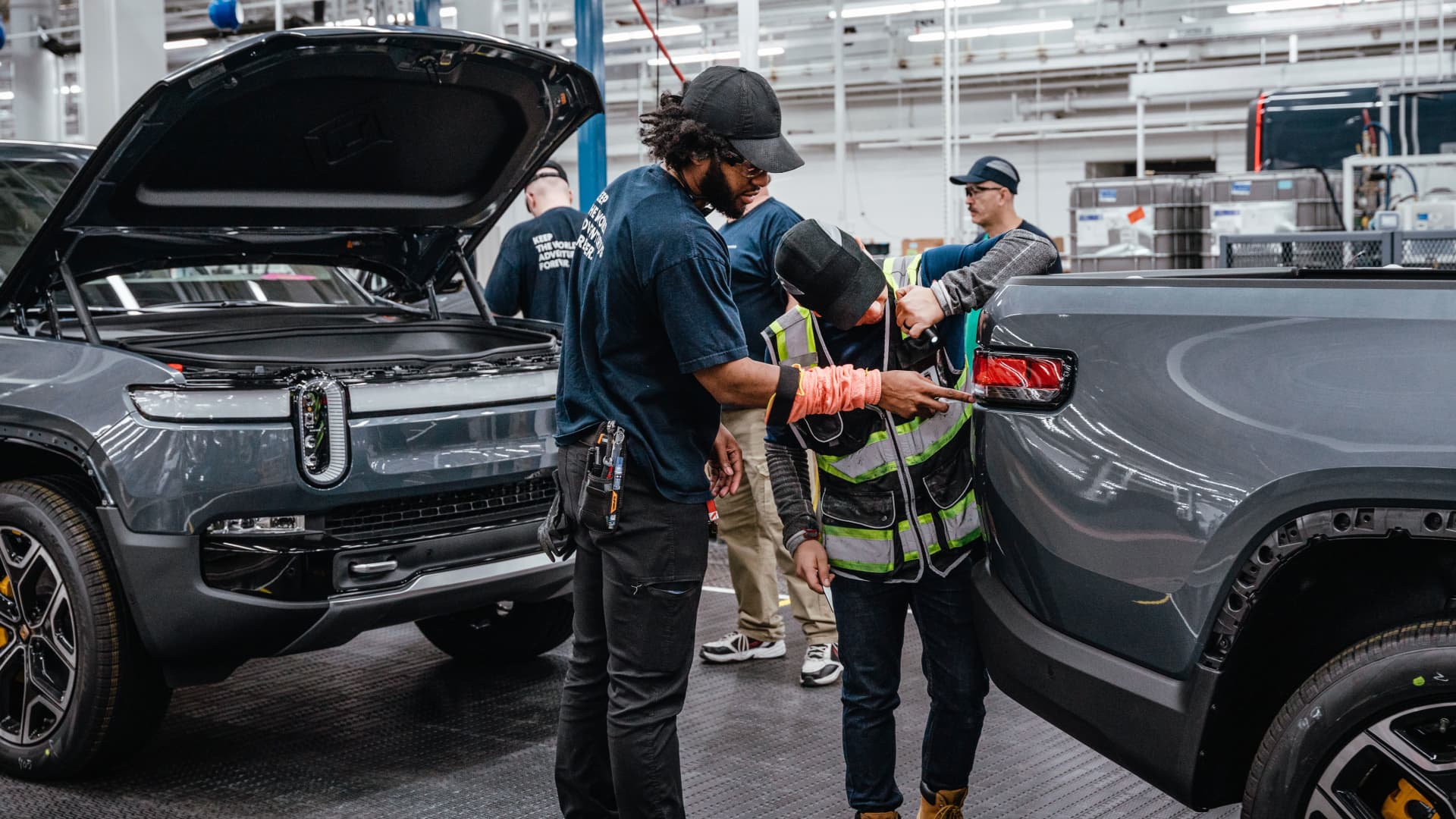 Raw material costs for electric vehicles have doubled during the pandemic

Workers inspect a Rivian R1T electric vehicle (EV) pickup truck on the assembly line at the company’s manufacturing facility in Normal, Illinois, US., on Monday, April 11, 2022.

Raw material costs for electric vehicles more than doubled during the coronavirus pandemic, according to a new report Wednesday by AlixPartners, forcing automakers from General Motors and Tesla to start-ups like Lucid and Rivian to significantly raise prices on new vehicles.

Average raw material costs for an EV totaled $8,255 per vehicle as of May, up 144% from $3,381 per vehicle in March 2020, led by materials such as cobalt, nickel and lithium – all essential for the production of batteries used to power electric cars and trucks. EV-specific costs have increased to $4,500 from roughly $2,000 in the past two years, according to AlixPartners.

The cost increases aren’t limited to EVs: Raw material costs for traditional vehicles with internal combustion engines have also roughly doubled during that time period to $3,662 per vehicle, up 106% from an average of $1,779 per vehicle in March 2020. That uptick is being led by increases in steel and aluminum.

The cost spikes come as automakers aggressively launch new EVs over the next several years. AlixPartners predicts the number of EV models available on the global market to increase from 80 last year to more than 200 by 2024.

As a result, AlixPartners expects the higher costs to force a relative slowdown in EV launches, as automakers move away from pushing electric vehicles to market as quickly as possible and refocus on profitability.

Ford Motor CFO John Lawler last week said rising commodity costs have wiped out the profit it initially expected to make on its electric Mustang Mach-E. While the vehicle was profitable when it was first launched in late 2020, he said that’s no longer the case.

In the meantime automakers are raising prices for buyers.

GM on Friday announced it would hike the price of its electric Hummer by $6,250. The automaker blamed higher prices for parts, technology and logistics. Tesla, Rivian, Lucid and others previously announced notable increases in the starting costs of their EVs.