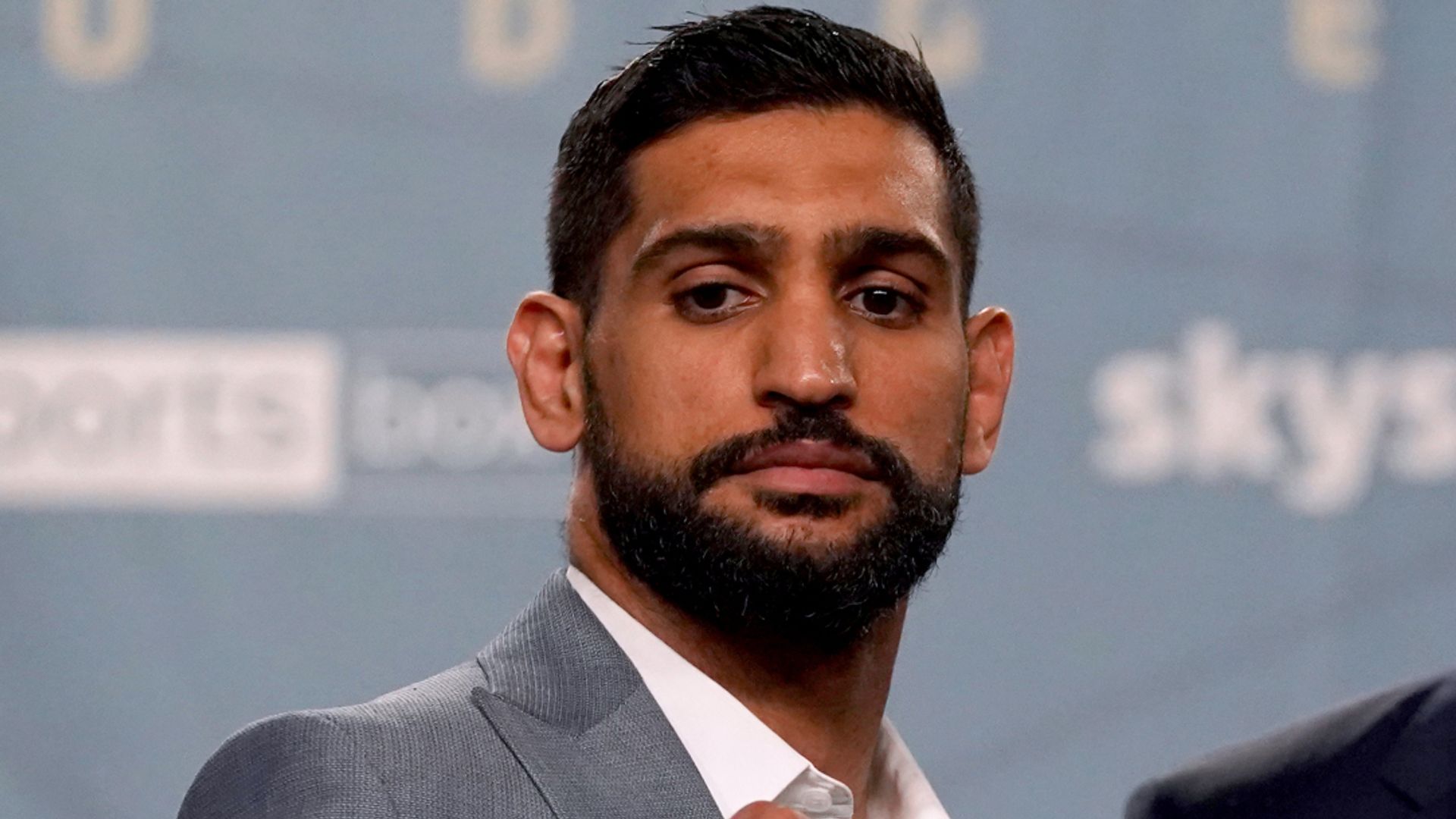 Three men have been arrested after boxer Amir Khan had his £70,000 watch stolen at gunpoint.

The former world champion, 35, and his wife Faryal were threatened by two men in Leyton, east London at 9.15pm on 18 April.

The three suspects, aged 20, 25 and 34, were arrested on suspicion of robbery after warrants were carried out on Wednesday morning, Scotland Yard said.

All three are in custody.

No shots were fired during the robbery and no one was injured.

At the time of the incident, Khan’s custom-made, one-off Franck Muller timepiece was described by police as “easily” recognisable.

“If you, or anyone you know is offered the watch at a discounted price please contact us immediately,” Detective Constable Ben Grix said.

Khan, the former WBA and IBF light-welterweight champion, said he and Faryal were “both safe” following the incident.

He tweeted: “Just had my watch taken off me at gun point in East London, Leyton. I crossed the road with Faryal – luckily she was few steps behind me.

“Two men ran to me, he asked for my watch whilst having a gun pointed in my face.

“The main thing is we’re both safe.”

Speaking on Wednesday, Detective Sergeant Lee Warrington of the Met’s Specialist Crime Command said: “Tackling robbery is a key priority for the Met and these arrests demonstrate our commitment to taking those intent on using violence, or the threat of violence, off of our streets.”