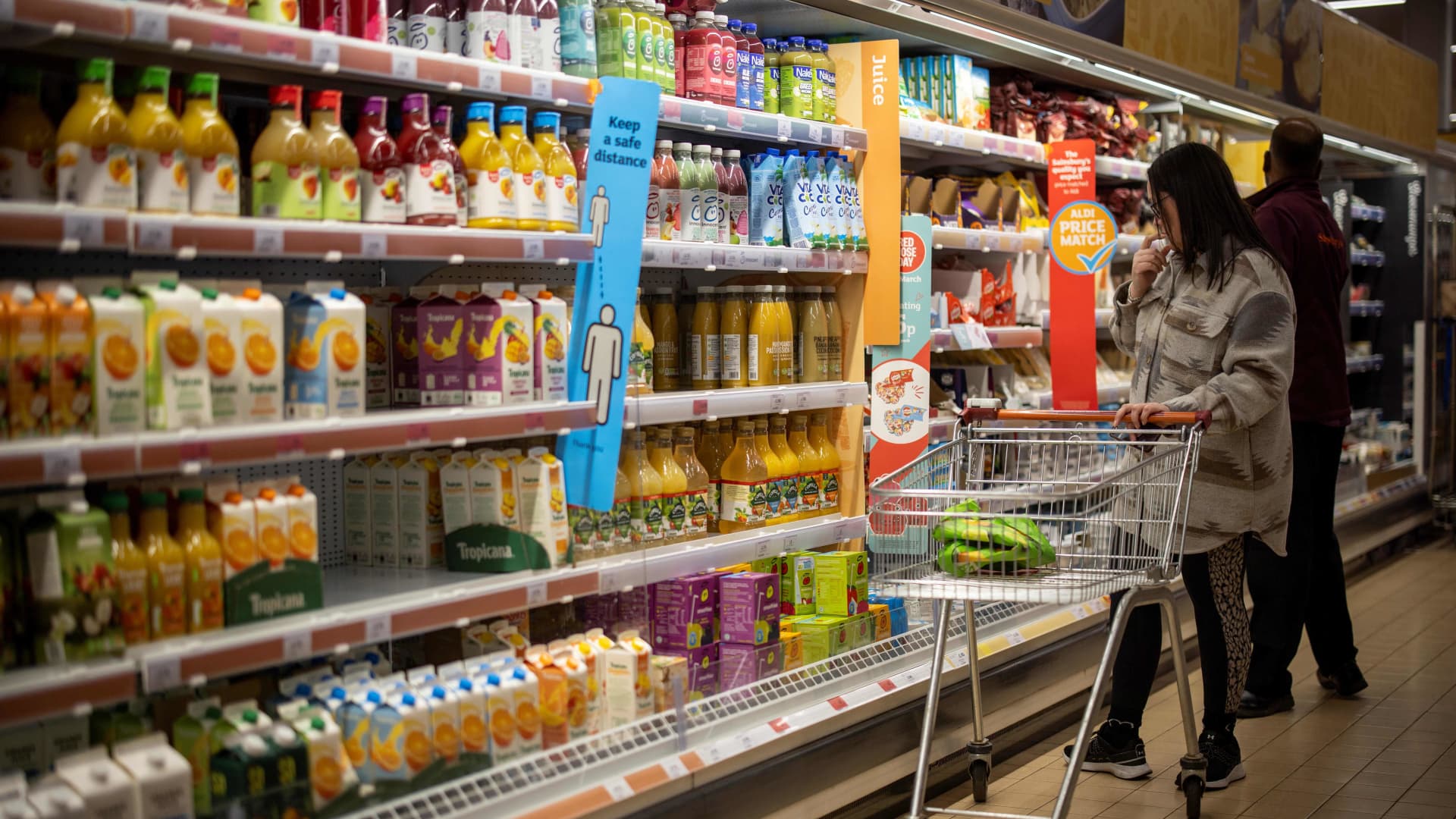 More than four in five people in the U.K. are worried about rising living costs and their ability to afford basics necessities like food and energy over the coming months, according to a new survey.

LONDON — U.K. inflation hit 9.1% year-on-year in May as soaring food and energy prices continue to deepen the country’s cost of living crisis.

The 9.1% rise in the consumer price index was in line with expectations from economists in a Reuters poll and slightly higher than the 9% increase recorded in April, marking the steepest annual climb since records began in 1989.

Consumer prices rose by 0.7% month-on-month in May, slightly above expectations for a 0.6% rise but well short of the 2.5% monthly increase in April, indicating that inflation is slowing somewhat.

In its communications alongside the figures on Wednesday, the U.K.’s Office for National Statistics said its estimates suggested that inflation “would last have been higher around 1982, where estimates range from nearly 11% in January down to approximately 6.5% in December.”

The largest upward contributions to the inflation rate came from housing and household services, primarily electricity, gas and other fuels, along with transport (mostly motor fuel and second-hand cars).

The Consumer Prices Index including owner occupiers’ housing costs (CPIH) came in at 7.9% in the 12 months to May, up from 7.8% in April.

“Rising prices for food and non-alcoholic beverages, compared with falls a year ago, resulted in the largest upward contribution to the change in both the CPIH and CPI 12-month inflation rates between April and May 2022 (0.17 percentage points for CPIH),” the ONS said in its report.

The Bank of England last week implemented a fifth consecutive hike to interest rates, though stopped short of the aggressive hikes seen in the U.S. and Switzerland, as it looks to tame inflation without compounding the current economic slowdown. The main bank rate currently sits at a 13-year high of 1.25% and the Bank expects CPI inflation to exceed 11% by October.

The U.K.’s energy regulator increased the household energy price cap by 54% from April 1 to accommodate a surge in wholesale energy prices, including a record rise in gas prices, and has not ruled out further increases to the cap at its periodic reviews this year.

A recent survey showed that a quarter of Britons have resorted to skipping meals as inflationary pressures and a food crisis conflate in what Bank of England Governor Andrew Bailey has dubbed an “apocalyptic” outlook for consumers.

Along with the external shocks facing the global economy — such as food and energy price surges amid the war in Ukraine and supply chain problems due to lingering Covid-19 pandemic bottlenecks — the U.K. is also navigating domestic pressures, such as the unwinding of the government’s historic pandemic-era fiscal support, and the effects of Brexit.

Economists have also flagged signs of a tightening of labor market conditions and headline inflation filtering through to the broader economy.