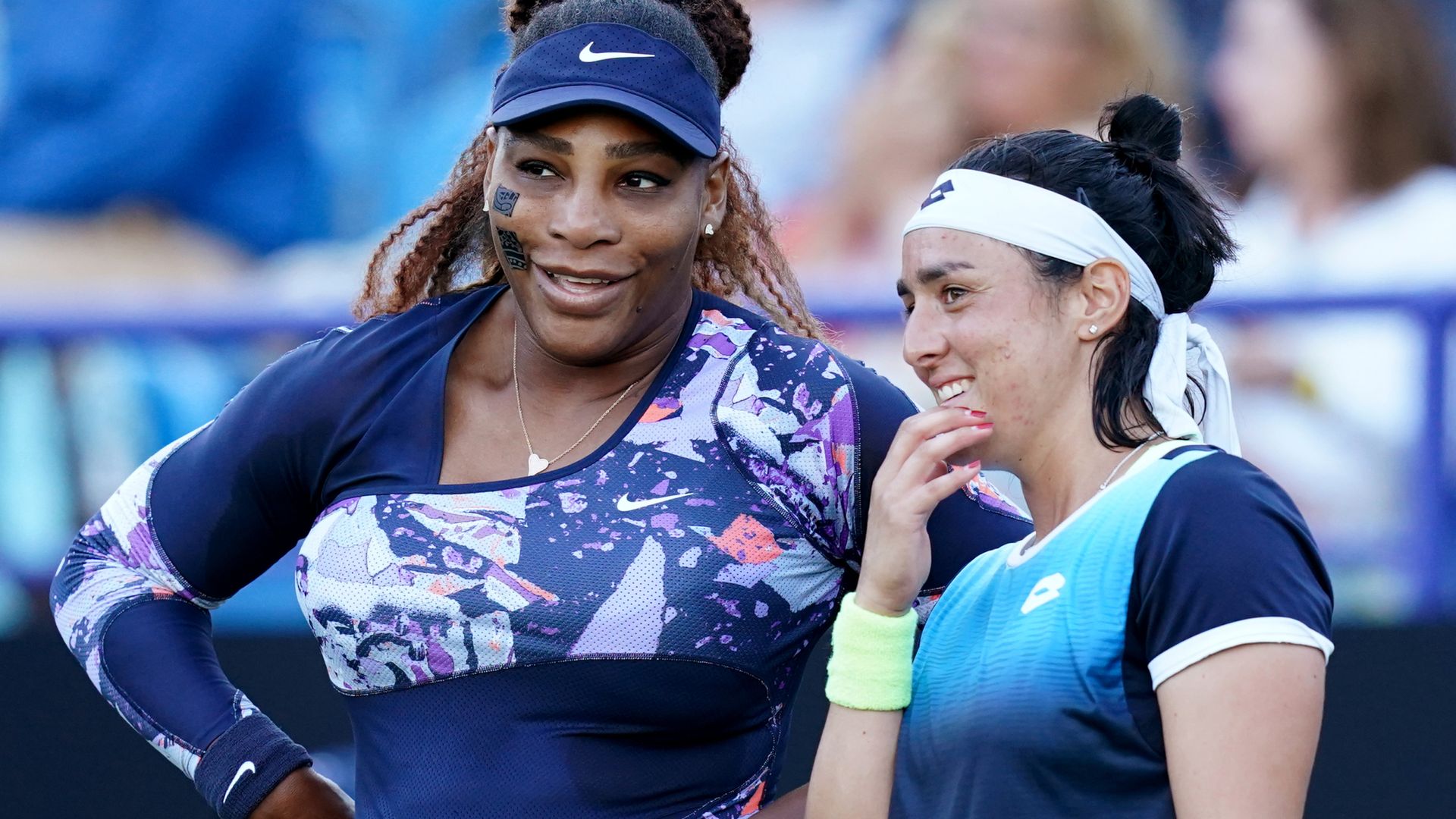 Serena Williams and Ons Jabeur beat Shuko Aoyama and Chan Hao-ching in straight sets to make the Rothesay International Eastbourne doubles semi-finals; Williams is playing her first tournament since Wimbledon 2021, where she retired in the first round due to injury

Serena Williams made it two from two on her comeback from 12 months out after she and new doubles partner Ons Jabeur secured a 6-2 6-4 victory over Shuko Aoyama and Chan Hao-ching in Eastbourne on Wednesday.

The 40-year-old returned to action at the Rothesay International Eastbourne on Tuesday almost a year after suffering an injury to her right leg at Wimbledon, and despite a rusty start she showed flashes of her brilliance.

Williams stepped things up a notch a day later with an array of winners and aces to send a warning to her rivals ahead of a latest pursuit of a 24th Grand Slam title.

It took only two minutes for the American to send down an ace and several volleys minutes later provided the first break.

More followed, with the opening set wrapped up in 25 minutes much to the delight of those still left inside Centre Court with the sun fast setting.

Shadows had engulfed the Devonshire Park venue by now but Aoyama and Chan made more of a fight of proceedings in the second.

Williams had to defend a number of break points on serve and yet showed the type of steel which has made her a fierce competitor for close to three decades.

Another winner from the veteran set up break point in the ninth game of the second and it gave the new-look doubles team a chance to close within one game of the last four.

One more ace for Williams’ tally helped get her and Jabeur over the line and they are now just two victories away from securing silverware.

“I think we played together much better today, although I felt we played really well together yesterday. Ons really helped me out playing so good,” Williams said on court.

Quizzed on how she celebrated yesterday, the seven-time Wimbledon champion joked she went for a dip.

Williams said with a smile: “I went to the beach and for a swim like everyone here in the cold water… no, no way. I didn’t do much. I just played with my baby (Olympia). She is so fun.”

Jabeur and Williams are set to return to Devonshire Park on Thursday for their last-four encounter.

“I didn’t know we are in the semi-final. It is super fast but it is great for us,” Jabeur said.