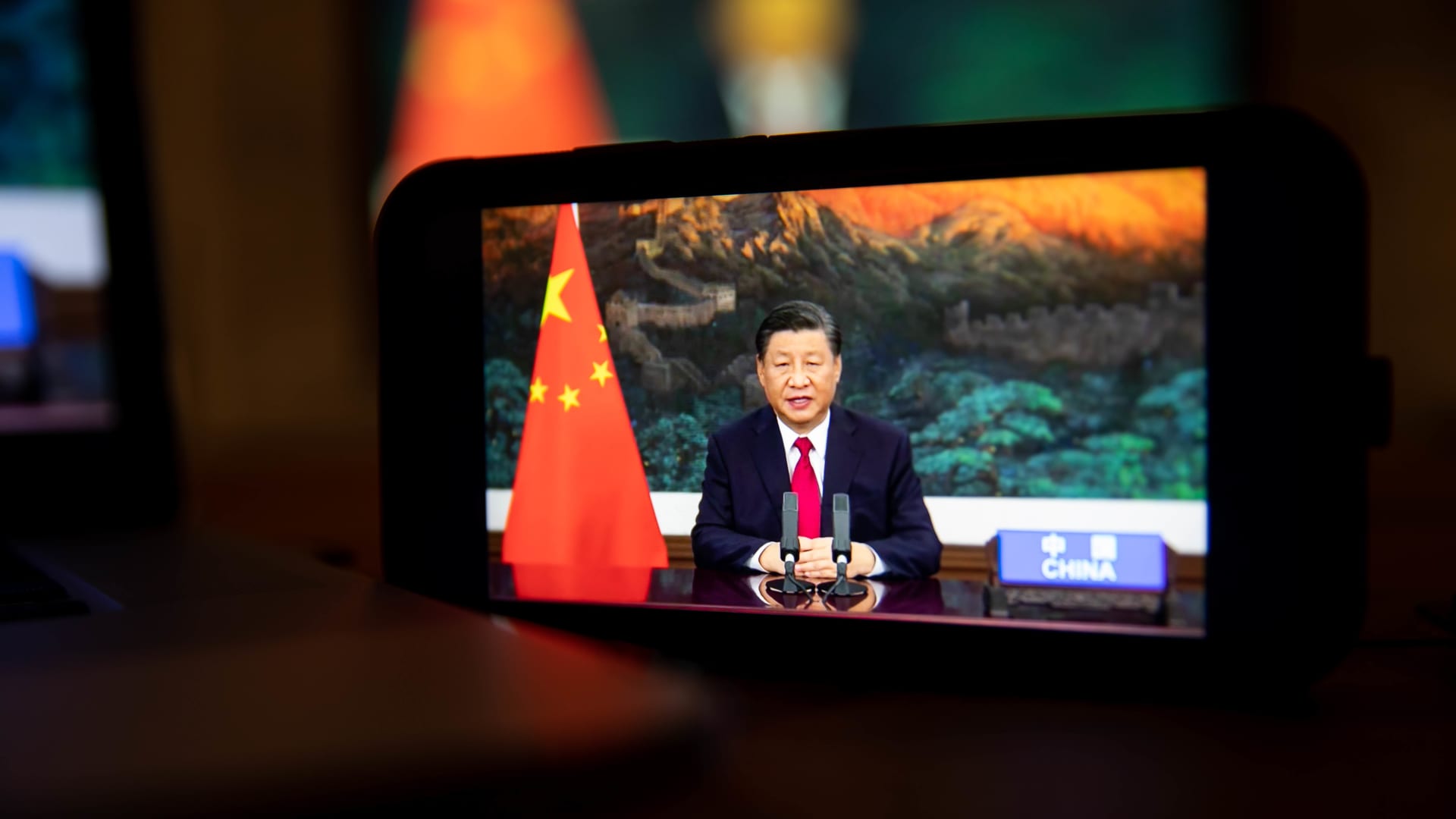 BEIJING — Chinese President Xi Jinping made a rare statement Wednesday about his country’s aims to achieve its economic goals for the year.

Investment analysts have cut their forecasts for China’s GDP growth to well below the official target after stringent Covid controls restricted business activity in the last few months. Government stimulus has been relatively muted so far.

“We will step up macroeconomic policy adjustment, and adopt more forceful measures to deliver the economic and social development goals for the whole year and minimize the impact of COVID-19,” Xi said Wednesday, according to an English-language state media readout.

He did not share details on what kind of measures would be used to support growth. Rather than “more forceful,” Chinese text of the speech published by state media described forthcoming measures as “more effective,” according to a CNBC translation.

However, Xi’s unusually direct language mark a rare public mention by a senior leader of the full-year economic targets since they were set at an annual meeting in mid-March.

Those goals include unemployment in cities of “no more than 5.5%,” an increase in the consumer price index of “around 3%” and GDP growth of “around 5.5%.”

The median GDP forecast among investment banks tracked by CNBC is far lower, at 3.4%.

Bank of America became the latest to cut earlier this week, while Nomura has the lowest forecast of 3.3%. Goldman Sachs is the only major investment bank with a forecast of 4% or slightly higher.

“While growth recovery appears to have accelerated in June, barring dramatically more policy easing, we think the ‘around 5.5% GDP growth’ target remains extremely challenging this year,” Goldman Sachs analyst Maggie Wei and a team said in a note Wednesday.

In May, Premier Li Keqiang called on officials at an unprecedentedly massive videoconference to “work hard” for growth in the second quarter. Economic figures in April and May indicated the slowest growth since the initial shock of the pandemic in early 2020.

Xi on Wednesday was addressing the opening ceremony of the BRICS — Brazil, Russia, India, China and South Africa — business forum. China is hosting the annual gathering of developing countries virtually this year.

During his speech, Xi said China has coordinated both Covid control and economic development, and would protect people’s lives and stabilize the economy as much as possible.

Xi said China’s 20th National Party Congress in the second half of the year would “chart the course for the next phase of China’s development.” He added that China would continue to open up its economy and welcome foreign investment.

The ruling Communist Party of China reshuffles its top leadership at national congressional meetings every five years. Xi is expected to stay on as president in an unprecedented third term.

Separately on Wednesday, Premier Li headed a meeting of the State Council — the top executive body — that noted the importance of consumption for driving economic growth.

The meeting called in particular for measures to support auto sales, and estimated a boost of 200 billion yuan ($29.85 billion) to auto-related sales this year as a result.

That’s about 0.5% of China’s total retail sales in 2021, according to Goldman Sachs.

Correction: This story has been updated to reflect Bank of America was the latest bank to trim its China GDP forecast. A previous version did not account for that cut.