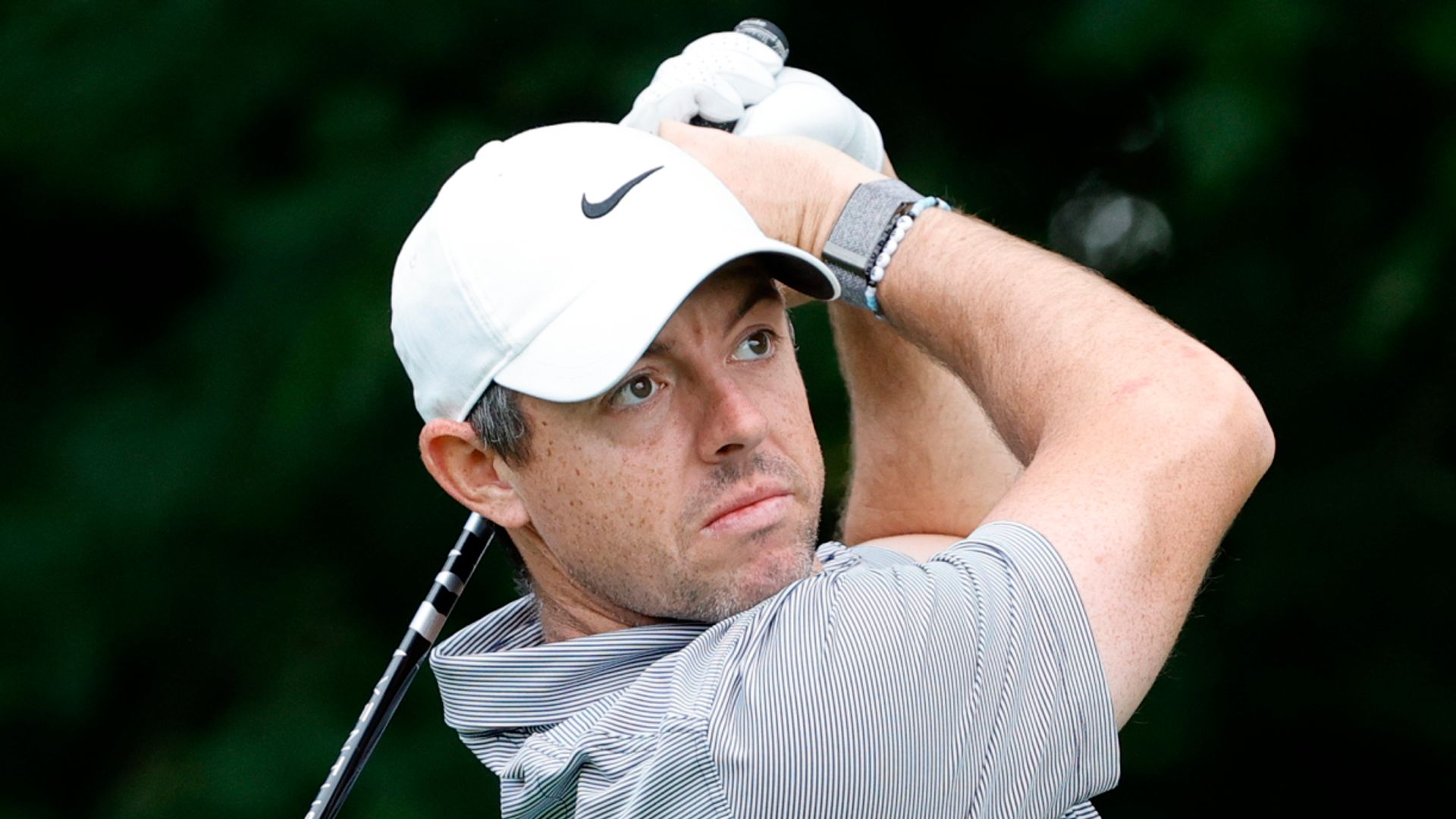 Rory McIlroy roared into the early clubhouse lead at the Travelers Championship as he fired an eight-under 62 in the first round; Xander Schauffele and Martin Laird also started well and are on seven under after the opening 18 holes at TPC River Highlands in Connecticut

Rory McIlroy continued his impressive form as he shot an eight-under 62 to soar into the early clubhouse lead in the first round of the Travelers Championship.

Former world No. 1 McIlroy, who won the Canadian Open earlier this month and was in contention on the final day of last week’s US Open, made eight birdies at TPC River Highlands in Connecticut to tie his lowest opening round on the PGA Tour.

American JT Poston holds a share of the lead after making birdies on six of his first eight holes, one ahead of Olympic gold medallist Xander Schauffele and Scotland’s Martin Laird.

England’s Tommy Fleetwood hit an eagle in his two-under 68.

McIlroy may have only hit seven of 14 fairways but he was happy to have maintained form built up over the last month.

“I think the good thing is I’ve been playing well and you want to ride that wave of momentum you have,” he said in his post-round interview.

“Coming in here fourth week in a row I knew I was going to be a little bit tired but whenever you are playing this well you just want to keep it going.

“If I had taken this week off I’d have been sitting at home thinking it was a missed opportunity.

“My preparation hasn’t been what it would usually be. I got off to a nice start, hit some quality shots early on which gave me some confidence and I built upon that.

“When I got into the second nine I started to play really well and started to hole some putts and when you get on a run like that you just have to try to keep it going.”

The Northern Irishman, starting on the back nine, got his round going with a chip-in birdie at the par-five 13th having blasted his greenside bunker shot into the far fringe.

Two more birdies saw him turn in 32 but he then rattled off four more in seven holes – including a 48-footer on the seventh to take a share of the lead with Schauffele.

However, he saved his best until the par-four last when he cut the corner with a 332-yard drive to leave him 44 yards to the pin and he chipped up for a tap-in birdie to move to eight under.

Schauffele was another player for whom preparation was not what he wanted as a mix-up over tee times meant his arrival at TPC River Highlands was slightly more rushed than usual.

However, it did not affect the American as he hit 18 greens in regulation in a bogey-free 63, a round matched by Laird.

Four-time major winner Brooks Koepka is not competing at the event after joining the LIV Golf Invitational series.

Collin Morikawa has denied he is set to follow, as has Justin Thomas, who is missing the Travelers Championship due to injury.

McIlroy: I’m not trying to prove anything

McIlroy has not held back in his frustrations with top players joining the LIV series in recent weeks.

Ahead of the Travelers Championship he said he found some players’ behaviour and comments to be “duplicitous”.

While the threat of the LIV series appears to have lit a spark under McIlroy, he denied he is trying to prove anything.

“I don’t think so. I just think it so happens that the most protective of the PGA Tour are the best players in the world right now. I’m not going out to try to prove anything to anyone,” he said.

“I’m in a good run of form. I’m playing well. Whether that gives me a little more confidence to speak up on certain issues, maybe. But I’m just going out there trying to play my game and trying to win some more tournaments.”

McIlroy met with PGA Tour commissioner Jay Monahan on Tuesday after he announced plans to increase purse size and add up to three international events to be played after the conclusion of the fall schedule for the top 50 players in the FedEx Cup.

“Some of the things that he said yesterday I think are great. Some of the changes that were made to the schedule…it’ll make the regular season much more competitive.

“I think that’s the thing, I was talking to the guys out there, like everyone starts at zero at the start of the year. Everyone has the same opportunity to make the big events with the big prize funds and whatever. I think it’ll make it more competitive and make it a more compelling product, honestly. I think it’ll be good.”