BREAKING NEWS
GMT+2 06:35
Home Business With recession fears surging, UBS dips into the history books to predict what could happen 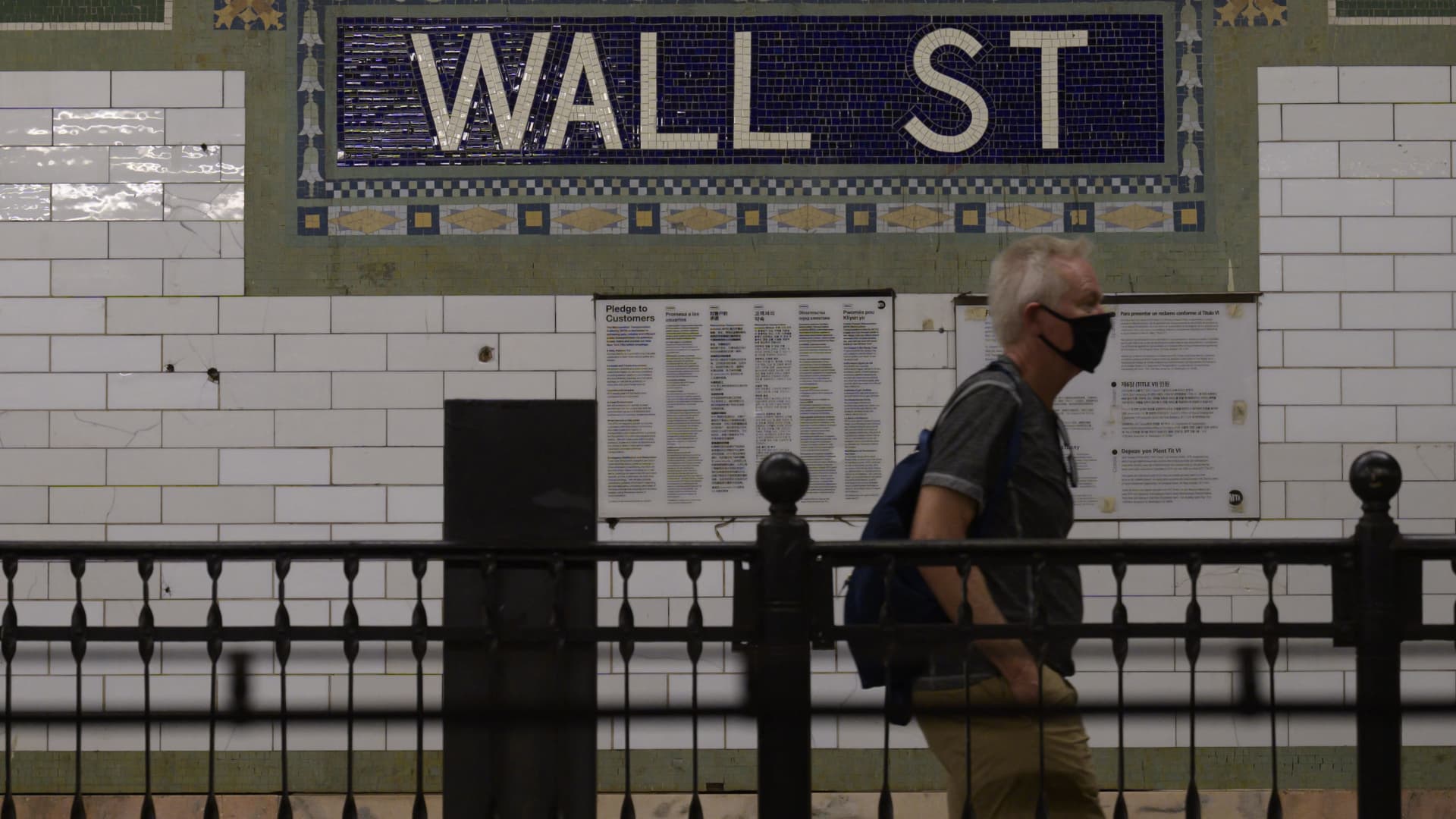 With recession fears surging, UBS dips into the history books to predict what could happen

Is a recession in the cards? Market watchers are split on if, and when, a recession will strike the U.S. The major U.S. averages clocked their 10th losing week in 11 last week on fears that an aggressive rate hike cycle by the Fed to rein in soaring inflation will risk causing an economic downturn. The S & P 500 slipped 5.8% last week for its biggest weekly loss since March 2020, while the blue-chip Dow Jones Industrial Average dipped below 30,000 for the first time since January 2021, losing 4.8% for the period. The tech-heavy Nasdaq Composite slipped 4.8%. Warnings of a looming recession are growing louder. A slew of investment banks — including the likes of Goldman Sachs , Morgan Stanley and Deutsche Bank — now believe a recession is becoming a more likely scenario as the Fed hikes rates and economic growth slows. But UBS is standing by its base case forecast of “no recession.” “We don’t see a U.S. or global recession in 2022 or 2023 in our base case, but it’s clear that the risks of a hard landing are rising. Even if the economy does slip into a recession, however, it should be a shallow one given the strength of consumer and bank balance sheets,” UBS’ strategists, led by Bhanu Baweja, said in a research note on Jun. 21. The bank looked at market and sector return patterns around 17 U.S. recessions in the last 100 years for clues to what may happen should a recession strike. To be sure, history is not necessarily a reliable predictor of future performance, but it could provide investors with an idea of what’s in store next as recession risks grow. What happens in a ‘shallow recession’ Of the 17 recessions studied by UBS, 10 were deemed to be “deep recessions,” when gross domestic product in the U.S. fell more than 3% from peak to trough. The remaining seven were classed as “shallow recessions” — defined as GDP decline of less than 3%. UBS noted that shallow recessions are associated with central banks hiking rates, typically in response to high inflation. The bank’s data showed that a shallow recession typically lasts 12 months, with returns declining by an average of 11% over the period. It noted that sell-offs typically begin eight months prior to the start of a recession, reaching a bottom within four months of the start. This implies that the market sell-off is concentrated in roughly the first one-third, with a recovery through the latter two-thirds of the recession, Baweja noted. On a sectoral basis, share price returns of financials, industrials, and consumer discretionary stocks are notable for being the “most sensitive” to the depth of recession — whose prospects are most improved if one can be confident that a deep recession would be avoided, according to UBS. “In fact, around previous shallow recessions, financials and consumer discretionary stocks have modestly outperformed the market,” Baweja added. UBS’ data also showed that on average, the U.S. inflation rate and the Fed funds rate were 6.6% and 8.1%, respectively, prior to a shallow recession. Following the Fed’s 75 basis point hike last week, the Fed’s benchmark funds rate now stands in the range of 1.5%-1.75%. The U.S. consumer price index rose 8.6% in May from a year ago, the highest increase since December 1981. Core inflation excluding food and energy rose 6%.