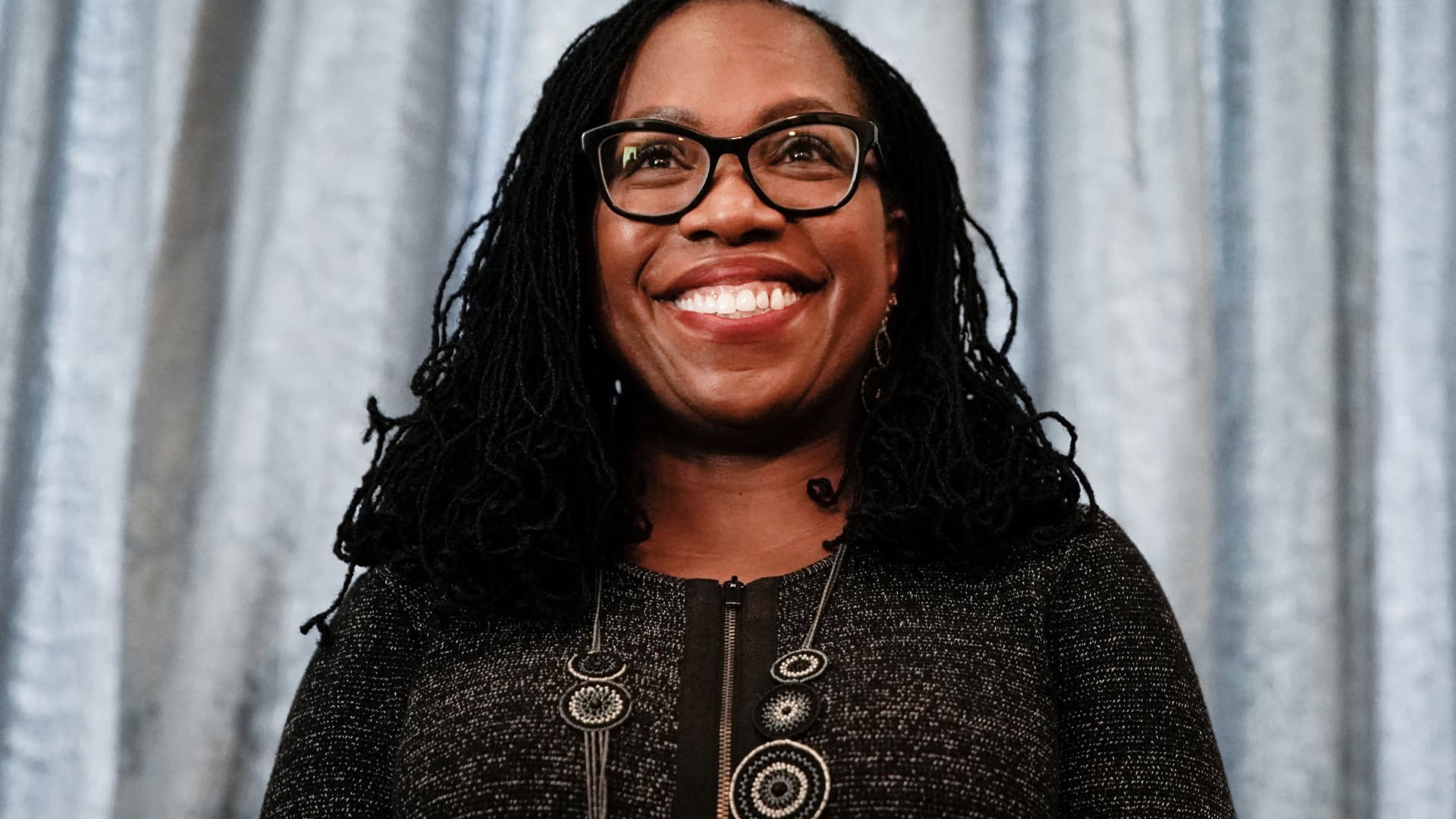 Ketanji Brown Jackson is making history Thursday as the first-ever black woman sworn in as a justice on the U.S. Supreme Court.

Jackson, 51, replaces Justice Stephen Breyer, whose resignation from the Supreme Court becomes effective at noon after his nearly 28 years of service there.

President Joe Biden nominated Jackson for the Supreme Court after Breyer announced in January that he would step down at the end of the court’s 2021 term, which concluded Thursday morning.

Jackson, who previously served as a judge on the federal appeals court for the District of Columbia Circuit, was confirmed by the Senate in April by a vote of 53-47. Three Republican senators joined Democrats to confirm her.

Jackson, like Breyer, is considered a liberal jurist. She joins two other liberal members of the court, Justices Elena Kagan and Sonia Sotomayor.

Another conservative, Justice Clarence Thomas, is the only other black person currently on the court. Thomas replaced the first black man to serve on the court, Justice Thurgood Marshall, in 1991.

Jackson’s elevation comes as public confidence in the Supreme Court has sunk to historic lows following its controversial draft opinion on abortion leaked in May.

Just 25% of American adults said they had a “great deal” or “quite a lot” of confidence in the court, according to a Gallup poll released June 23.

The poll was released a day before the Supreme Court issued its final opinion overturning its 1973 ruling in Roe v. Wade, saying there is no federal constitutional right to abortion.

The new ruling allows individual states to set their own restrictions on abortion without fear of running afoul of Roe, which permitted pregnancies to be terminated in most cases.