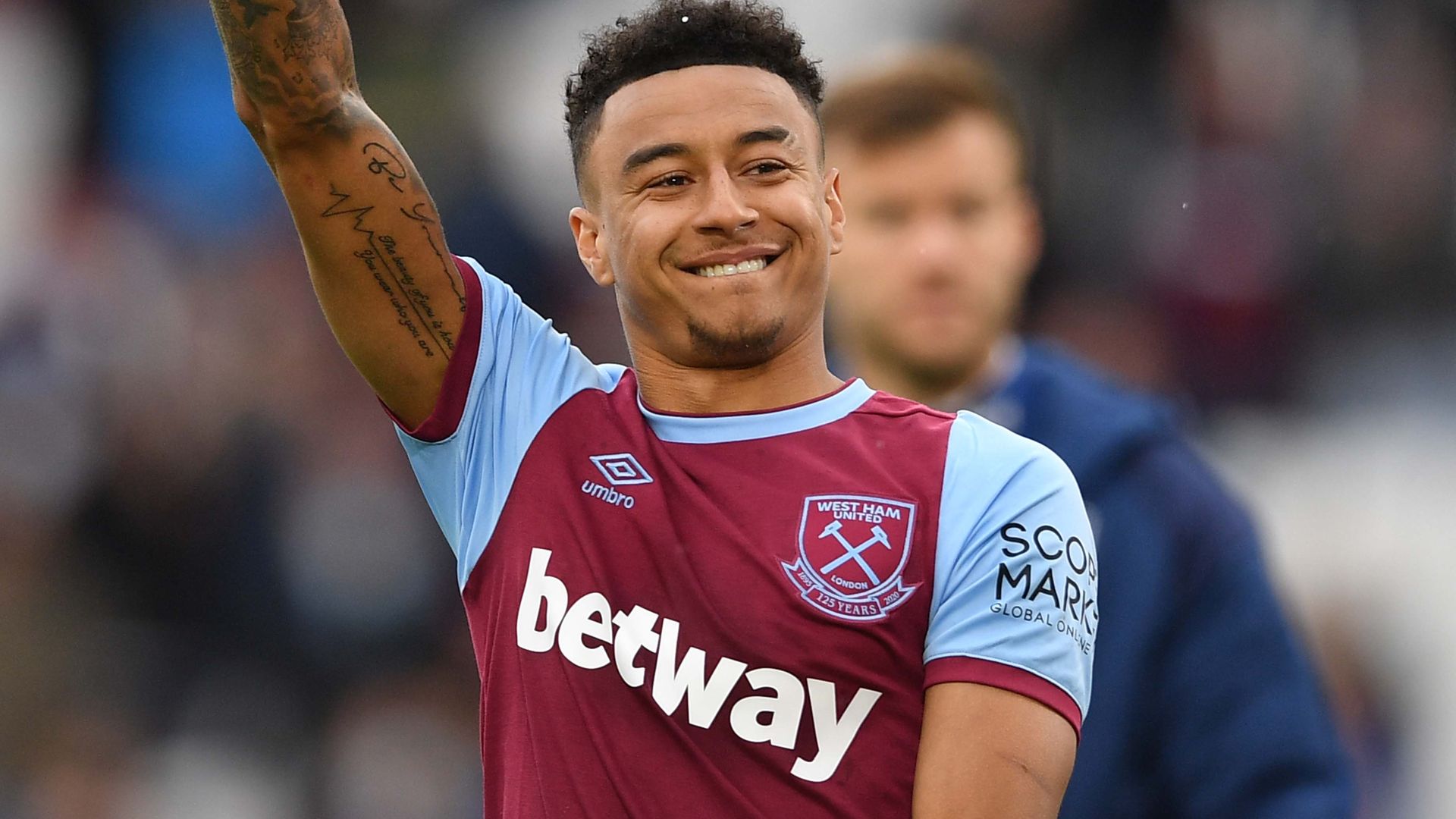 West Ham are still waiting on a decision from Jesse Lingard with the player set to become a free agent on Friday.

The Hammers feel they have made a good offer and remain hopeful he will sign following his release from Manchester United.

Lingard scored nine Premier League goals in 16 starts for West Ham in a loan spell in the second half of the 2020/21 season.

The forward officially becomes a free agent on Friday when his United contract expires. Newcastle tried to sign Lingard in the January transfer window.

Former interim United manager Ralf Rangnick dismissed criticism in May from Lingard’s brother after he failed to give the midfielder an Old Trafford farewell against Brentford.

Gary Neville argued Lingard did not deserve special treatment after he watched two United favourites, Bryan Robson and Steve Bruce, sent on their way without a sentimental send-off.

Speaking on The Gary Neville Podcast, he said: “The nonsense over Jesse Lingard, look, Jesse’s been at the club a long time, done a good job, but I saw Bryan Robson and Steve Bruce not play in their last games and not get a send-off in cup finals.

Gary Neville says Jesse Lingard had no ‘god-given’ right to play in his last game for the club, pointing out that some of the club’s great players have not been on the pitch when their careers at Old Trafford came to an end

“One of them maybe is the greatest captain Manchester United have ever had and other one is one of the greatest and they didn’t get that send-off, a farewell from the fans. I’m not quite sure why Jesse Lingard deserves it.

“I was thrown away at West Brom in a toilet. At the end of the day, it doesn’t work out, Jesse.”

David Moyes is looking to improve his squad ahead of a season that will see West Ham combine Premier League improvement with a first Europa Conference League campaign.

West Ham are set to bid in the region of £30m for Chelsea striker Armando Broja.

The 20-year-old has been identified as West Ham’s top striker target this summer.

The club want to intensify their pursuit of the Albania international, with his future expected to be made by new owner Todd Boehly and manager Thomas Tuchel following the departure of Chelsea director Marina Granovskaia.

Broja impressed on loan at Southampton last season, scoring nine goals in 38 appearances in all competitions, and the Saints have also been keen to sign him permanently.

The Moroccan defender has signed a five-year contract with David Moyes’ Hammers, in a deal that will cost the east Londoners around £30m, including add-ons.

Aguerd is Moyes’ first foray into the transfer window, as West Ham plan to improve their squad ahead of a season that will see them combine Premier League improvement with a first Europa Conference League campaign.

West Ham’s new signing, Moroccan defender Nayef Aguerd says it was an easy decision for him to join the club after speaking with manager David Moyes

“I was really excited when I heard about West Ham United’s interest,” said Aguerd. “When I heard about it, I knew I needed to go to the Premier League, because it’s a dream for every player.

“West Ham is a historic club. I saw a few of their games this year, and I saw the fans and the atmosphere were fantastic, with the bubbles! I talked with the manager and he showed me that he was very interested, so it was easy to choose to come to West Ham.”

Which other positions are West Ham targeting?

David Moyes will be given money to spend to carry on strengthening his squad, with Mark Noble, Andriy Yarmolenko, Ryan Fredericks and David Martin all leaving at the end of their contracts.

One of the sagas of the summer will be the future of Declan Rice. West Ham have made it clear they will not sell him this summer but you would think they would find it difficult to turn down an offer in the region of £100m. Rice has two years left on his contract but West Ham have the option of extending it by another year to the summer of 2025.

They are also interested in Hull City forward Keane Lewis-Potter.