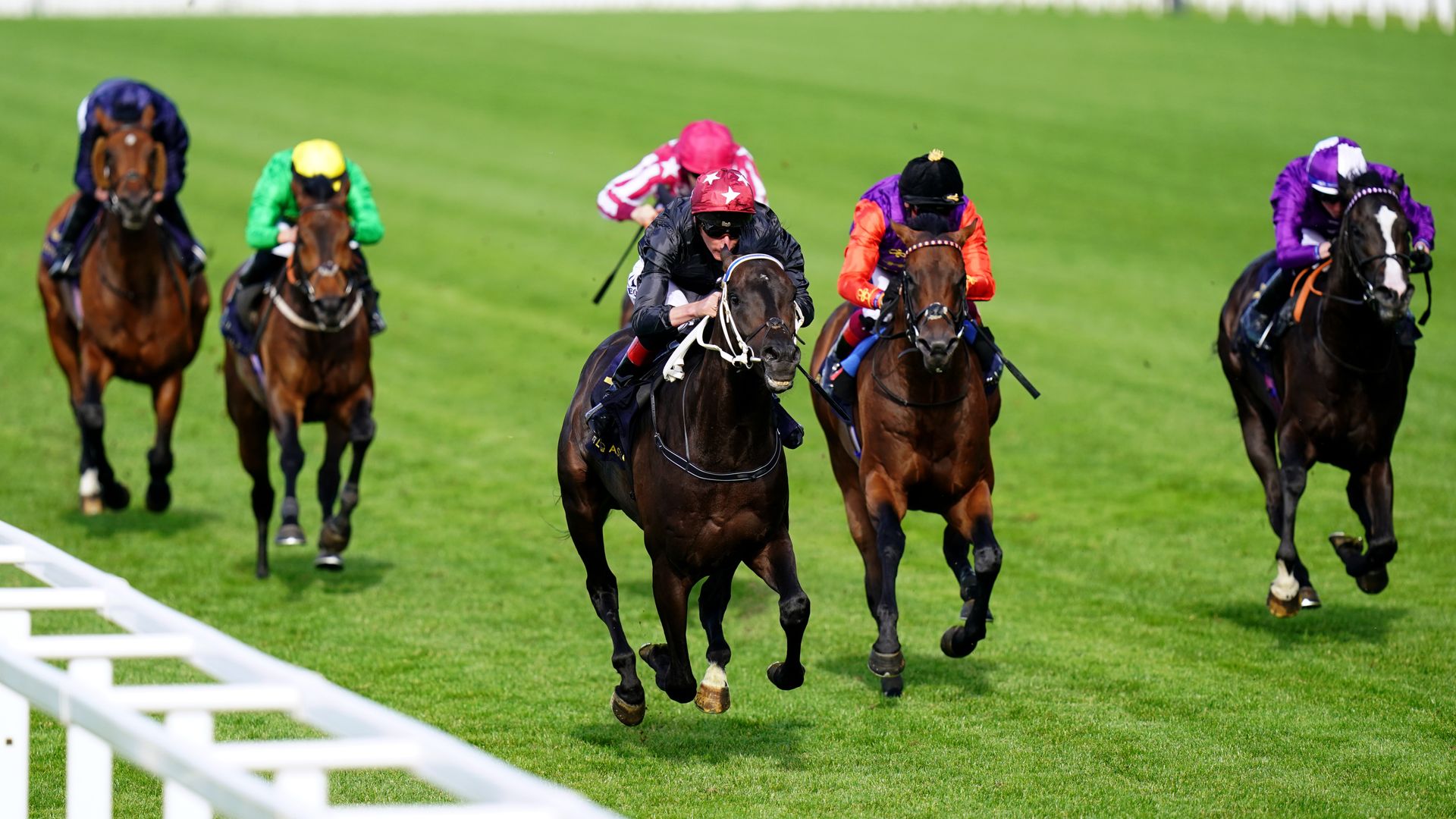 Impressive Royal Ascot winner Claymore will head to the Sky Bet York Stakes next month as he bids for Group Two glory.

The Jane Chapple-Hyam-trained son of New Bay upset the odds when powering to a length-and-three-quarters success in the Hampton Court Stakes, overturning Reach For The Moon, who was odds-on to give the Queen a winner at the Royal meeting.

Claymore had previously chased home subsequent Irish 2,000 Guineas winner Native Trail in the Craven at Newmarket to start his three-year-old campaign, before being beaten by a wide draw in the Poule d’Essai des Poulains at ParisLongchamp.

Yet the Newmarket-based Australian trainer’s faith in the Mary Slack-owned colt was unswerving and he answered every bell under Adam Kirby to take the Group Three prize and a Royal scalp.

“I’m glad I know my horse,” said Chapple-Hyam. “We knew what he was capable of. We knew that he could do it and it wasn’t a surprise.

“If you took Claymore out, Reach For The Moon was still a good winner.”

She quipped: “I’ve still got my head – there have been no Beefeaters banging on the door! But seriously, I’m full-on for the Queen. I love the Queen.”

Claymore will go up in class while remaining over the same 10-furlong trip at York, although plans thereafter remain fluid.

“Claymore is going for the York Stakes on July 23,” she added. “With him, we will take each step as it comes.”

Chapple-Hyam gained Group Two success with Saffron Beach in the Duke of Cambridge Stakes – with her three-and-a-half-length success visually one of the most impressive of the meeting.

Last season’s Sun Chariot winner will now attempt to add a second Group One victory of her career at Deauville next month, where she could meet Australian star Verry Elleegant.

She added: “The plan is the same. Saffron Beach is heading for the Prix Rothschild on August 2. She has taken her race well. There are no problems, no issues, all is good with her.”

Chapple-Hyam almost made it a hat-trick of wins at Royal Ascot, where Intellogent just being touched off by Dark Shift in the Royal Hunt Cup at odds of 40-1.

He was difficult to load into the stalls ahead of the mile handicap and eventually went down by half a length.

“Intellogent has to pass a stalls test,” said the trainer, who has employed specialist help from Marlborough-based Gary and Craig Witheford, who specialise in equine behavioural issues.

“The Withefords worked on him today (Thursday) and if he passes that test, he is in the John Smith’s Cup, over a mile and a quarter, at York on Saturday week.

“I think he will be fine. He might have just been overawed by the day.”