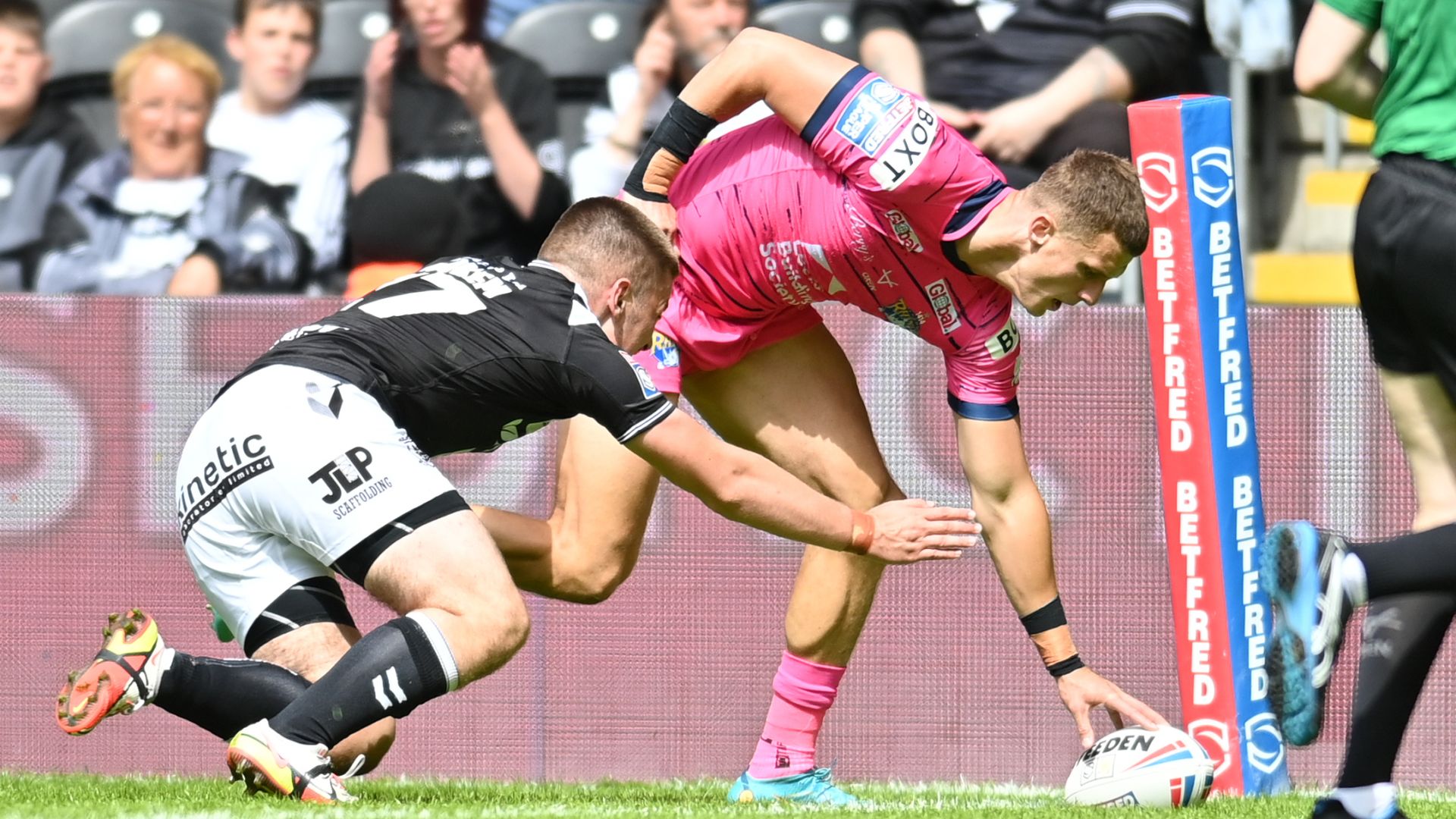 Ash Handley helped himself to five tries, including a second-half hat-trick as a tightly fought, end-to-end first half was soon eclipsed by an alarmingly one-sided second in which Hull had no answer to the Leeds onslaught 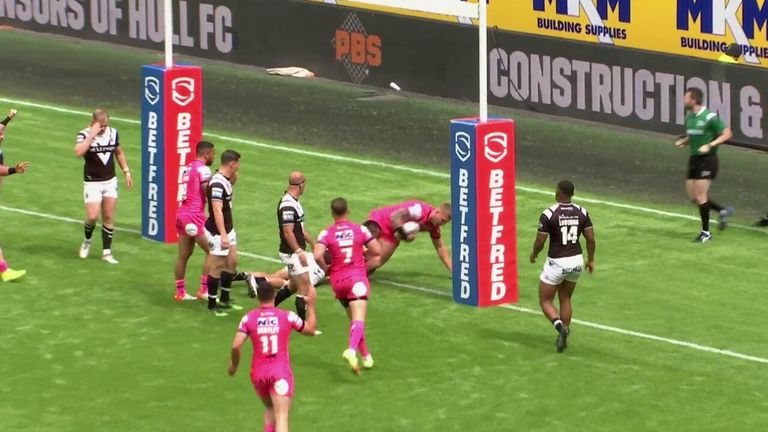 Leeds boosted their Super League play-off aspirations while damaging those of Hull FC as they embarrassed the Black and Whites on their own patch, moving to within just three points of sixth place with a 62-16 demolition.

It has been a frustrating season for Leeds, who have endured poor form, inconsistencies in their line-up and a change of coach so far this year.

However, with a fully-fit spine, they looked impressive in attack, particularly in the second half, blitzing Hull with seven tries after the break and 11 in total to send the hosts crashing to their fourth straight defeat.

Ash Handley helped himself to five tries, including a second-half hat-trick as a tightly fought, end-to-end first half was soon eclipsed by an alarmingly one-sided second in which Hull had no answer to the Leeds onslaught.

It was a landslide that few would have seen coming. The Airlie Birds had cut the gap to just six points 10 minutes after the break, but from there the superior speed and guile from the Rhinos was far too much to handle.

The Leeds spine of Aidan Sezer, Blake Austin, Kruise Leeming and Richie Myler pulled the strings effectively to open up Hull time and time again, and, on the back of that performance, there are plenty of reasons for the Rhinos to be looking up the table, while Brett Hodgson’s side are left looking over their shoulder.

It was the heaviest defeat of Hodgson’s tenure at the club so far and the hosts will have to learn some harsh lessons quickly if they are to bounce back, with an all-important derby clash against Hull KR up next week at the Magic Weekend.

The visitors started well with two quick tries from Mikolaj Oledzki and Handley before Hull worked their way back into the game on the back of an intercept from Darnell McIntosh and a Danny Houghton try.

Handley then grabbed his second and, when Leeming raced over on the next set, the visitors took a 12-point advantage into half-time.

Chris Satae crashed over to give the home side a chance early in the second half, but that was as good as it got as Leeds moved clear with four tries in 10 minutes. Leeming grabbed his second before Myler, Liam Sutcliffe and David Fusitu’a got on the scoresheet without Hull touching the ball.

Hull looked out on their feet as things continued to unravel, with Handley scoring a hat-trick in nine minutes to heap more misery on the home side as Leeds romped to an impressive and important victory in the context of their season.