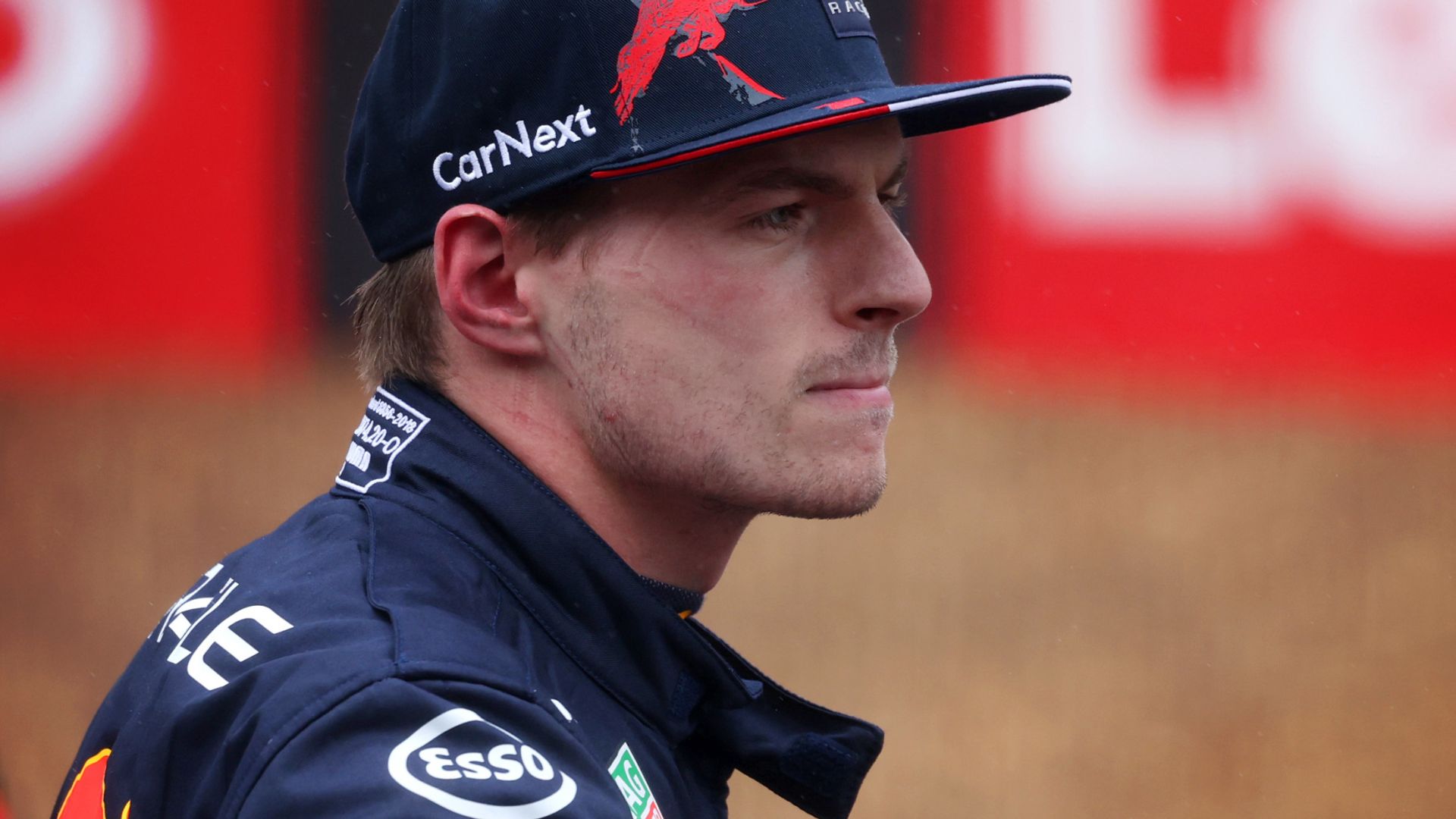 Max Verstappen ruined a flying lap with a spin but somehow kept his car on track on Saturday.

Max Verstappen ruined a flying lap with a spin but somehow kept his car on track on Saturday.

Max Verstappen was “disappointed” to be jeered once again by fans at the British Grand Prix after qualifying second for Sunday’s race behind Ferrari’s Carlos Sainz.

The world champion, who was noticeably booed by the sold-out Silverstone crowd when appearing on Sky’s live F1 Show on Thursday night, was given an even louder negative reaction when being interviewed by Billy Monger after Saturday’s action.

The world champion, who won his maiden title last season following a fierce rivalry with home favourite Lewis Hamilton and a controversial decider in Abu Dhabi, accepts that some British supporters don’t like him, but he is refusing to let it impact his weekend.

“It was a bit disappointing because I couldn’t really understand Billy,” he joked after the session.

“If they want to boo, they do it. I’m always happy to be here, it’s a great track, and a great atmosphere in general.

“Maybe some of them don’t like me, they’re all entitled to their own opinions. I don’t care.”

Speaking after Saturday’s crowd response, Hamilton, who was involved in an infamous collision with Verstappen at this venue last season, called on fans to stop booing the Red Bull driver. 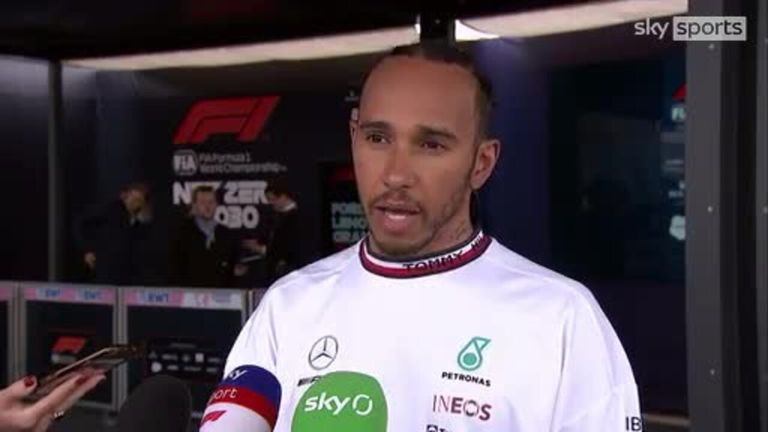 Despite only qualifying fifth for the British GP, Lewis Hamilton is pleased that his Mercedes seems to be showing progress in closing the gap on Ferrari and Red Bull.

Despite only qualifying fifth for the British GP, Lewis Hamilton is pleased that his Mercedes seems to be showing progress in closing the gap on Ferrari and Red Bull.

“I think we’re better than that. I would say we don’t need to do booing,” he said.

“We’ve got such great fans. Our sporting fans, they feel emotions up and down. But I don’t I definitely don’t agree with booing. I don’t think we need to do that.

“We should be here, pushing everybody. I really do appreciate the support that I have here. Maybe some of them are feeling the pain from last year still. Either way, I appreciate it.”

Mercedes team principal Toto Wolff agreed, saying: “I think we shouldn’t be seeing any booing in any sports, I think that’s unsportsmanlike.

“It’s clear we love the support the drivers have here and the team, that’s fantastic. But if you’re not into the other guys, remain silent.

“The booing, I don’t think any drivers deserve that, whatever happened last year, whatever the competition is.” 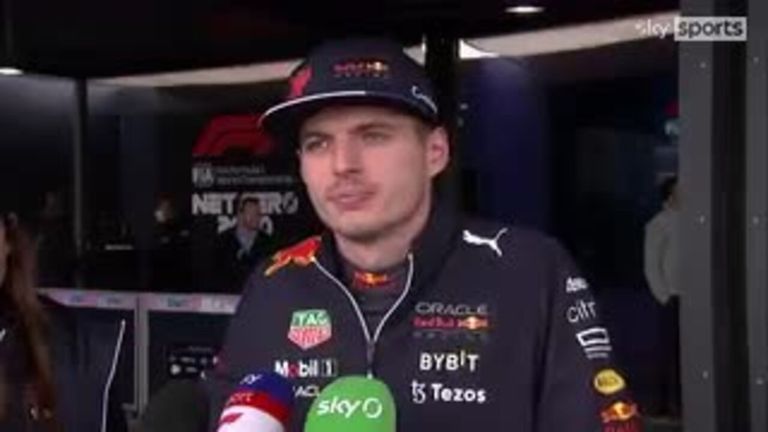 Verstappen is still confident he can win the British Grand Prix, despite starting second.

Verstappen is still confident he can win the British Grand Prix, despite starting second.

Verstappen had been the firm favourite to take pole position for Sunday’s race but heavy rain saw him struggle at times – he made an excellent recovery after spinning during one flying lap – before finishing less than a tenth behind Sainz.

He was forced to briefly lift under a yellow flag on his final lap, but he still believes his Red Bull could be the car to beat in conditions that are expected to be much drier on Sunday. 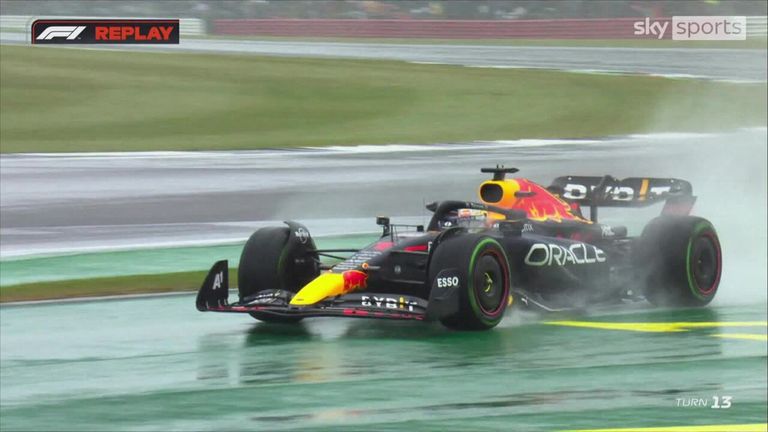 Verstappen also went off the track in torrential conditions during Q2.

Verstappen also went off the track in torrential conditions during Q2.

“It was quite a tricky qualifying, with the rain,” he added.

“It was raining, drying, so you had to be on the track at the right time. I think overall the car was working really well.

“In Q3 it’s always a bit of a lottery sometimes, when you have to put the fastest lap in.

“I got a bit hindered on my final lap with the yellow flag unfortunately, but I think still to be on the front row is very good for us and we have a good race car in the dry and the wet.” 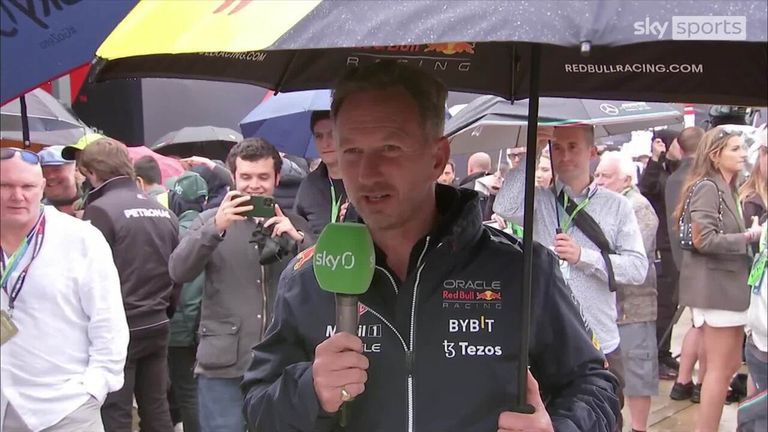 Red Bull team principal Christian Horner says that they will take the fight to the Ferraris tomorrow.

Red Bull team principal Christian Horner says that they will take the fight to the Ferraris tomorrow.

Red Bull team principal Christian Horner, who on Friday said it was “never nice” for a driver to be booed, said he was also satisfied with Verstappen’s position on the front row.

“Charles (Leclerc) had what looked like a half-spin, Max lifted for the yellow and I think he gave up about three or four tenths for it,” Horner told Sky Sports F1.

“Congratulation to Carlos, he’s always been a demon in the wet. When he was a junior for us, he was always very strong in these kind of conditions, so congrats to him.

“We’re just pleased to be on the front row and with Checo [Perez] up there on the second row as well.”