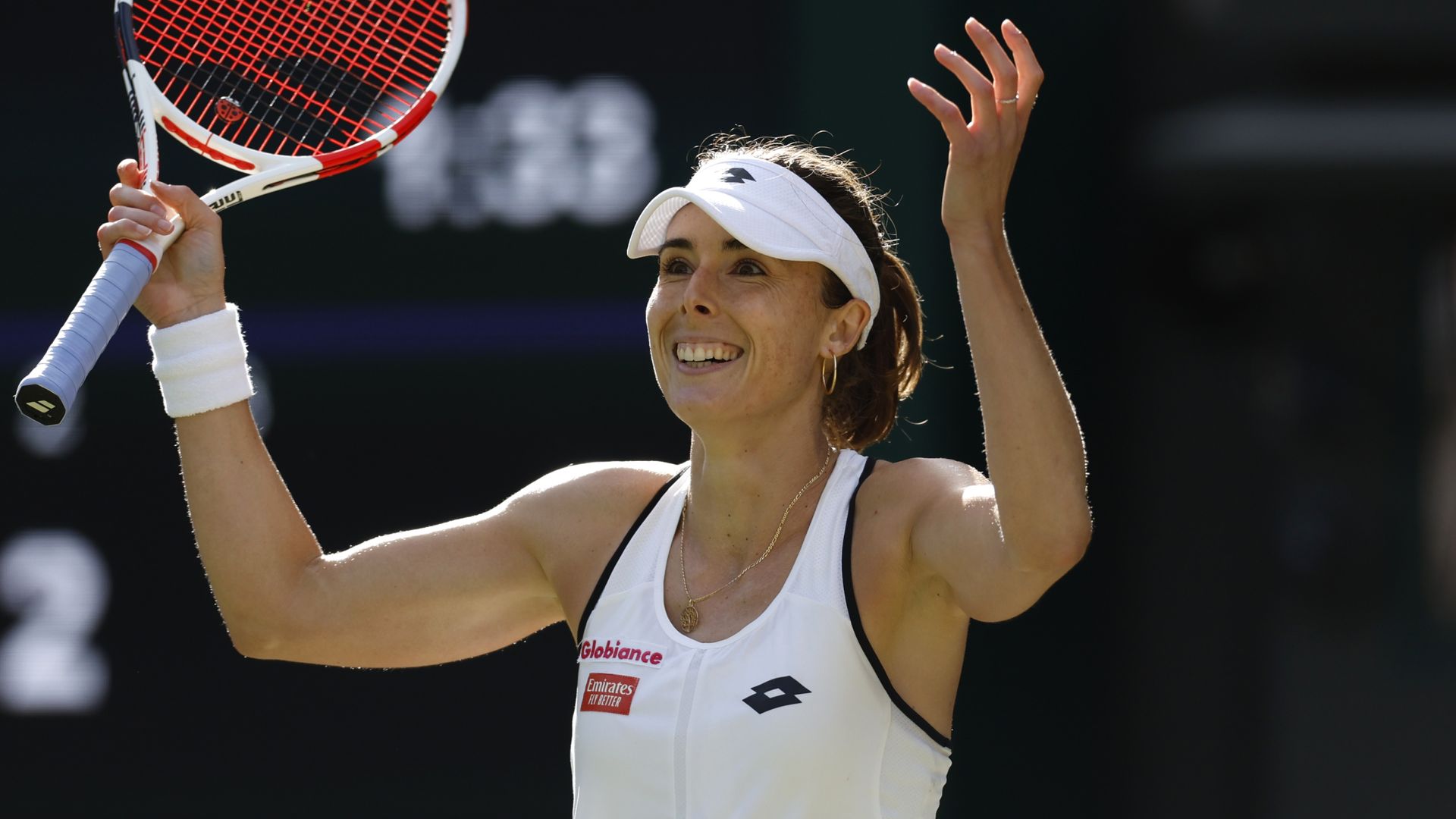 Unseeded Frenchwoman Alize Cornet stuns world No 1 Iga Swiatek to end the Polish player’s 37-match winning streak and reach the last 16 at Wimbledon for first time since 2014; Amanda Anisimova, Harmony Tan and former champion Simona Halep also through to the fourth round

Iga Swiatek suffered a shock straight-sets defeat to Alize Cornet at Wimbledon as her 37-match winning streak came to a stunning end.

The world No 1 had not lost since February when she went down to Jelena Ostapenko in Dubai but was out of sorts against her French opponent on Court One.

Swiatek made 32 unforced errors to lose 6-4 6-2 in one hour and 32 minutes in the third round at the All England Club.

An upset was on the cards early on when Cornet, who made the quarter-finals of the Australian Open in January, broke the first seed twice early on.

Even though Swiatek did break back, it was the experienced Frenchwoman who held her nerve to win the opener in 52 minutes with a forehand smash.

When Polish star Swiatek moved 2-0 up at the beginning of the second, the comeback seemed on but Cornet continued to force the French Open winner into long rallies and eventually wore her down to secure a memorable victory.

It brought back memories for the 32-year-old after she also stunned Serena Williams on this court back in 2014.

Cornet said on-court: “I have no words. It reminds me of the time I beat Serena on this court eight years ago so you guys are lucky for me.

“I just want to say I am a huge fan of Iga. I am very flattered I got to beat her today.

“I am like the good wine in France. Good wine always ages well.”

Coco Gauff suffered a third-round exit after she went down 6-7 (4-7) 6-2 6-1 on Centre Court to fellow American Amanda Anisimova.

French Open runner-up Gauff was able to win a hard-fought opener on a tie-break but could not keep up with the level of the 20th seed thereafter.

Anisimova, who won the 2017 US Open junior final between the duo, clinched victory with a backhand winner to make the last 16 at the All England Club for the first time.

This meeting between the Americans was a repeat of the 2017 US Open junior final, which Anisimova won, but it was Gauff who won a close opening set here.

Gauff edged the tie-breaker but had little answer to the world No 25 who claimed success with a fine backhand winner.

It has put Anisimova, who made the semi-finals at Roland Garros in 2019, through to the fourth round at Wimbledon for the first time.

The 20-year-old was full of emotion as she lay down on the grass at the conclusion of two hours and seven minutes of tennis.

Anisimova was able to compose herself for an on-court interview where she admitted: “It is the most special day of my career.

“It is just a huge privilege to play on this court, I was so excited and to play Coco, an amazing player.

“Before I was just trying to prepare myself to take it in, win or lose, so to win is so special.”

Next up for Anisimova is Harmony Tan after she breezed to victory inside an hour against Britain’s Katie Boulter.

Former Wimbledon champion Simona Halep soared into the fourth round with a commanding 6-4 6-1 victory over Poland’s Magdalena Frech.

The 30-year-old Romanian, who returned to the All England Club this year for the first time since winning here in 2019, said: “It has been a good match. It’s always difficult to play on grass. Today with the wind it was not that easy.

“It’s always a pleasure to play at Wimbledon and I have great memories, so I’m trying just to enjoy every day.

“It helps a lot that I could win this tournament, I have confidence but every match is difficult and every opponent is tough.”

Last year’s quarter-finalist Ajla Tomljanovic rallied from a set down to complete a 2-6 6-4 6-3 victory over 2021 French Open champion Barbora Krejcikova.

Join us for coverage from the All England Club with our daily live blog through skysports.com/tennis our Twitter account @skysportstennis & Sky Sports – on the go! Available to download now on – iPhone & iPad and Android