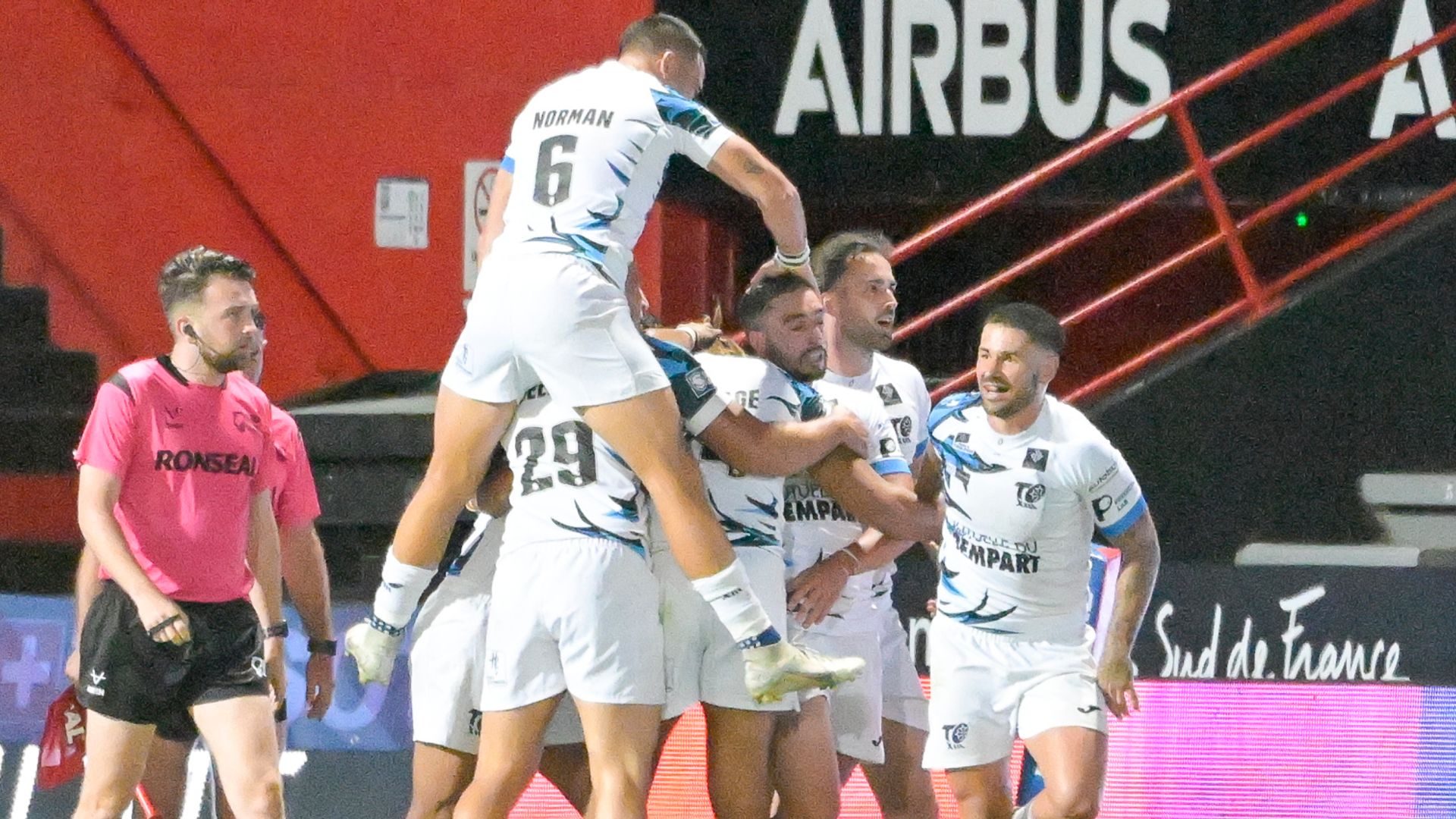 A depleted Rovers side beaten at Stade Ernest Wallon, with the loss of star full-back Lachlan Coote to a foot injury prior to the trip to France being compounded by the loss of Matt Storton in the opening stages of the match with the same issue

Toulouse boosted their fight to avoid relegation from the Betfred Super League with a 28-6 victory over Hull KR.

The division’s bottom club are hoping that four home fixtures in July can give them the points needed to escape the drop and they got off to the perfect start with a Tony Gigot-inspired performance which could be the turning point for their season.

A depleted Rovers side wilted in heatwave conditions at Stade Ernest Wallon, with the loss of star full-back Lachlan Coote to a foot injury prior to the trip to France being compounded by the loss of Matt Storton in the opening stages of this match with the same issue.

Toulouse were first to score with winger Latrell Schaumkel crossing in the left corner following great work by full-back Olly Ashall-Bott, with Chris Hankinson converting from the touchline to make it 6-0 after 15 minutes.

The hosts continued to push and Hankinson added a penalty from the halfway line before Schaumkel dropped the ball with the line at his mercy and Australian prop Daniel Alvaro was held up over the line.

But despite a series of promising attacks from the French side, orchestrated by Gigot and half-back partner Corey Norman, they could not improve their advantage and it remained 8-0 at half-time.

Ashall-Bott was held up once more after he crossed the line early in the second half but Toulouse took advantage of the field position to spin the ball wide to right winger Paul Marcon who scored in the corner.

Hankinson was again on target from out wide and he added a second penalty moments later when Rovers were penalised for interfering at the play the ball in front of their own posts.

With the match fast slipping away from his side, Rovers centre Sam Wood thought he had turned the tide in the 55th minute when he broke through the Toulouse line from short range, but referee Marcus Griffiths ruled a forward pass in the build-up.

A 40/20 kick from Gigot then put the home team back in the ascendancy before Joe Bretherton made ground before releasing Hankinson for a 50-metre sprint over the line to score a try which he also converted.

At 22-0 up Toulouse looked home and dry but Robins prop Albert Vete had different ideas with a short-range burst, carrying three defenders with him on the way, to score the visitors’ first points of the night.

That try was converted by Will Dagger to make it 22-6 but Toulouse responded immediately with a dazzling side-stepping strike by Ashall-Bott with just nine minutes left, and Hankinson again converted to wrap up the scoring.

Toulouse will hope to take confidence from this victory into next week’s crunch clash with Wakefield Trinity in the Magic Weekend at Newcastle, a fixture which could have huge significance on the end-of-season battle against the drop.

As for Rovers, coach Tony Smith will be hoping for a miracle recovery from some of his missing first teamers before the Hull derby next Sunday.