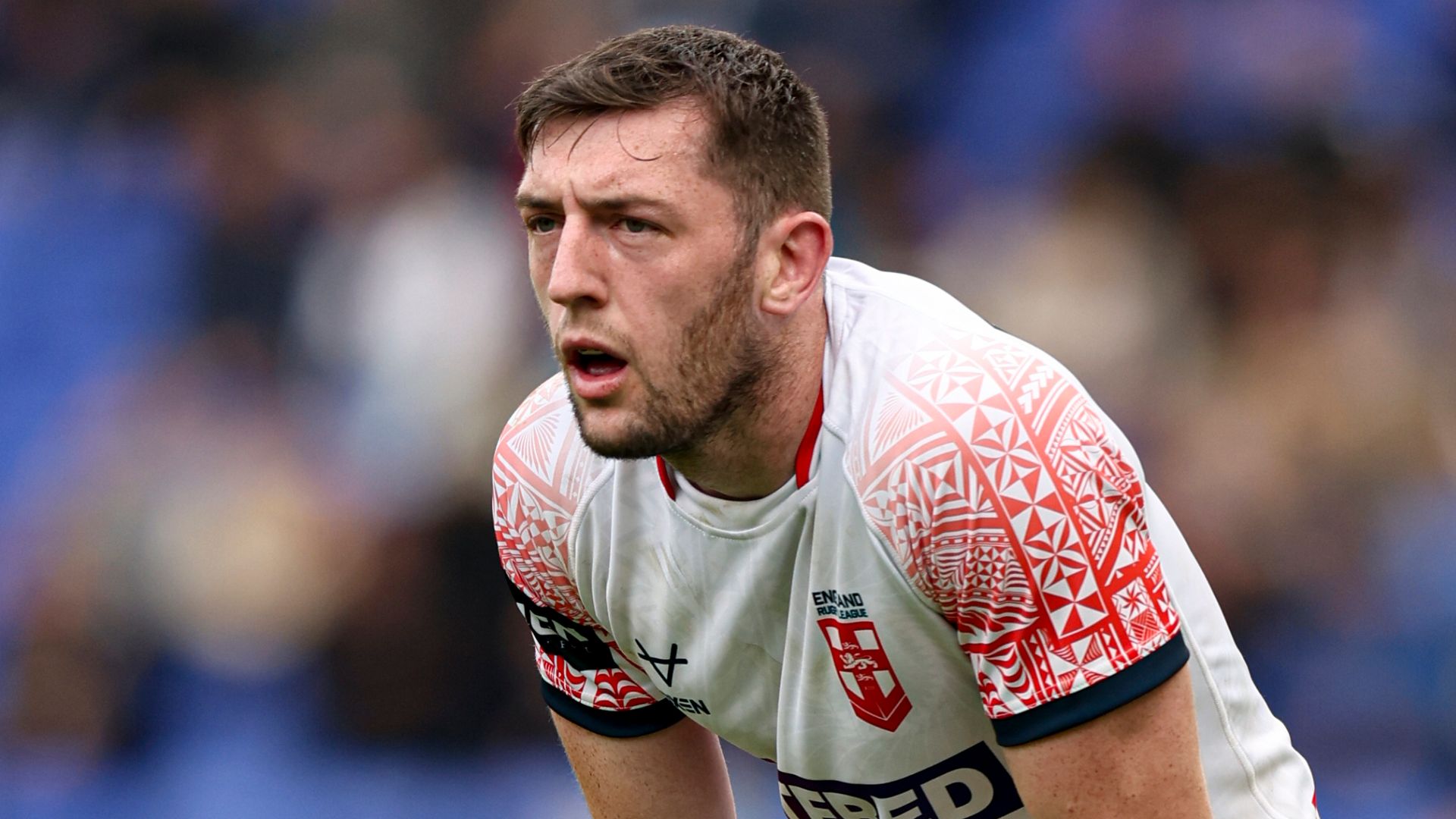 We look at what is being said and team news as Round 17 of the Super League regular season closes with two games on Sunday afternoon, with Wakefield Trinity hosting Wigan Warriors and Warrington Wolves welcoming Salford Red Devils…

Willie Poching is seeking a much more stoic showing from Wakefield as they aim to put to bed last week’s heavy defeat away to Salford.

Trinity went down 74-10 at the AJ Bell Stadium in Round 16 and now face an onerous task when they welcome Challenge Cup winners Wigan Warriors to the Be Well Support Stadium on Sunday.

Head coach Poching is in no doubt his players are showing the right attitude, but knows they cannot afford any slips against one of Super League’s leading lights in 2022 as the 11th-placed side aim to improve on their record of just five wins from 16 matches so far.

“We have got to be workmanlike, and we are a squad which needs a high percentage of people on the field to be performing well,” Poching said.

“I have seen enough over the course of the season to know we have got the right attitude. If it wasn’t we look at that and it starts with me.”

Wigan go into the match with an unchanged 21-man squad from the 40-6 win at home to bottom side Toulouse Olympique last Friday. 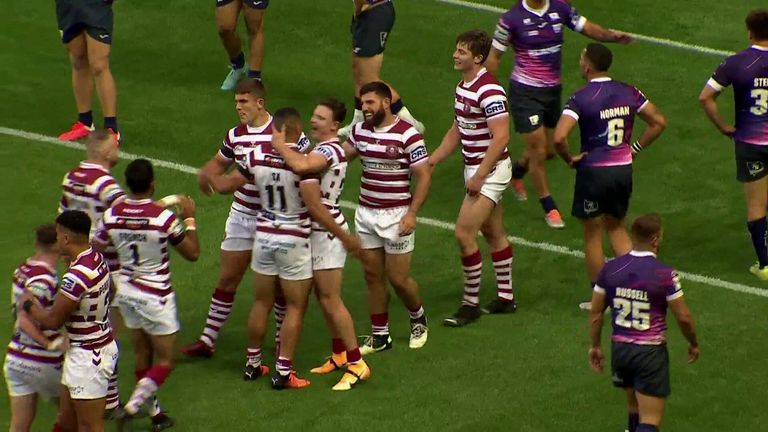 But while Wakefield sit just one place above the French side, Warriors head coach Matt Peet is not underestimating them even though they have beaten the same opponents in both the league and Cup already this year.

“They’ll be a very motivated team at the start, and we’ve got to be focused on our own standards,” Peet said.

“If we play to the best of us, we can get the job done but anything less and it can soon turn for the worst particularly in that ground more than any other.”

Paul Rowley believes his Salford team are showing all the qualities the club should expect of them as they head to Warrington buoyed by last week’s 13-try rout of Wakefield.

The 74 points scored marked the highest points total the Red Devils had ever reached in a Super League match, although head coach Rowley knows it will be a different story against Warrington.

Nevertheless, he is proud of what he is seeing from his side and is eager to build on that victory as they head to a Wolves team they sit above on points difference, with both sides having won six of 16 Super League games so far this year and just four points outside the play-off places. 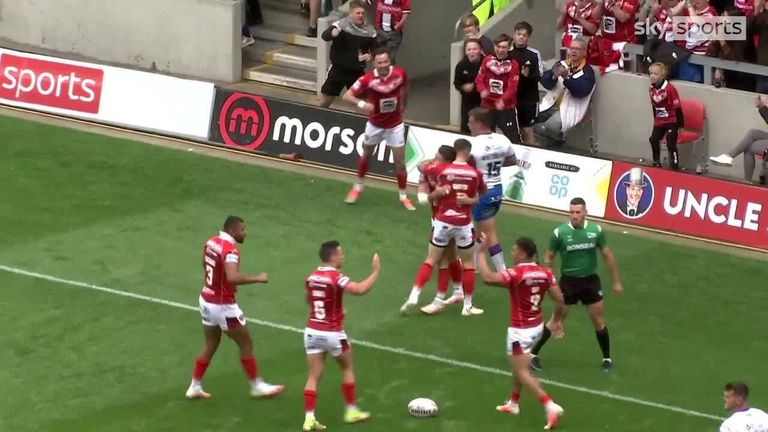 Highlights of the Super League match between Salford Red Devils and Wakefield Trinity.

Highlights of the Super League match between Salford Red Devils and Wakefield Trinity.

“We are a team that looks forward and we keep fighting. I think this team epitomises everything that Salford should be about.”

Salford head to the Halliwell Jones Stadium without inspirational captain Elijah Taylor, who has picked up a one-game ban for striking with the knee in the win over Wakefield.

Warrington, meanwhile, could have debuts to recent signings Jake Wardle – who scored on this ground on his England debut against the Combined Nations last month – and Matty Nicholson, plus off-season recruit Greg Minikin following his recovery from an ACL injury.

Wolves head coach Daryl Powell is expecting Salford to pose plenty of questions to his side which ground out a try-less 4-0 win at home to Hull FC in Round 16. 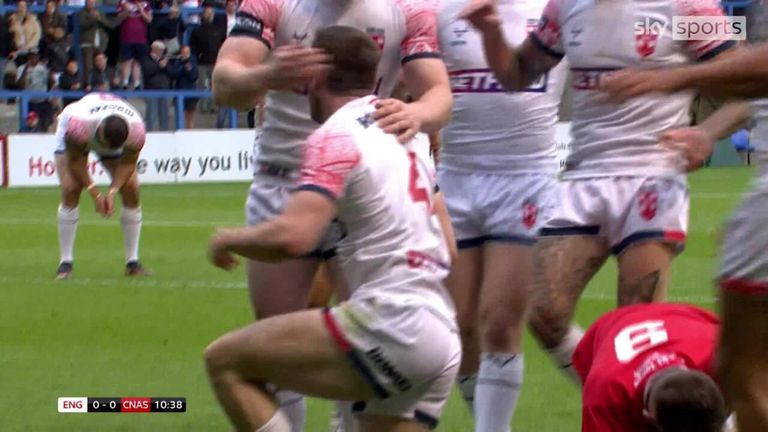 “They’re one of those teams who, on their day, are exceptionally good from an attacking perspective,” Powell said.

“They play a high-risk kind of game, they move the ball a lot and they really challenge you. They’ve looked at it in terms of thinking where their strengths are and that is speed on the edges.”