BREAKING NEWS
GMT+2 05:34
Home Sport ‘A one off’ – Goram remembered at unique funeral 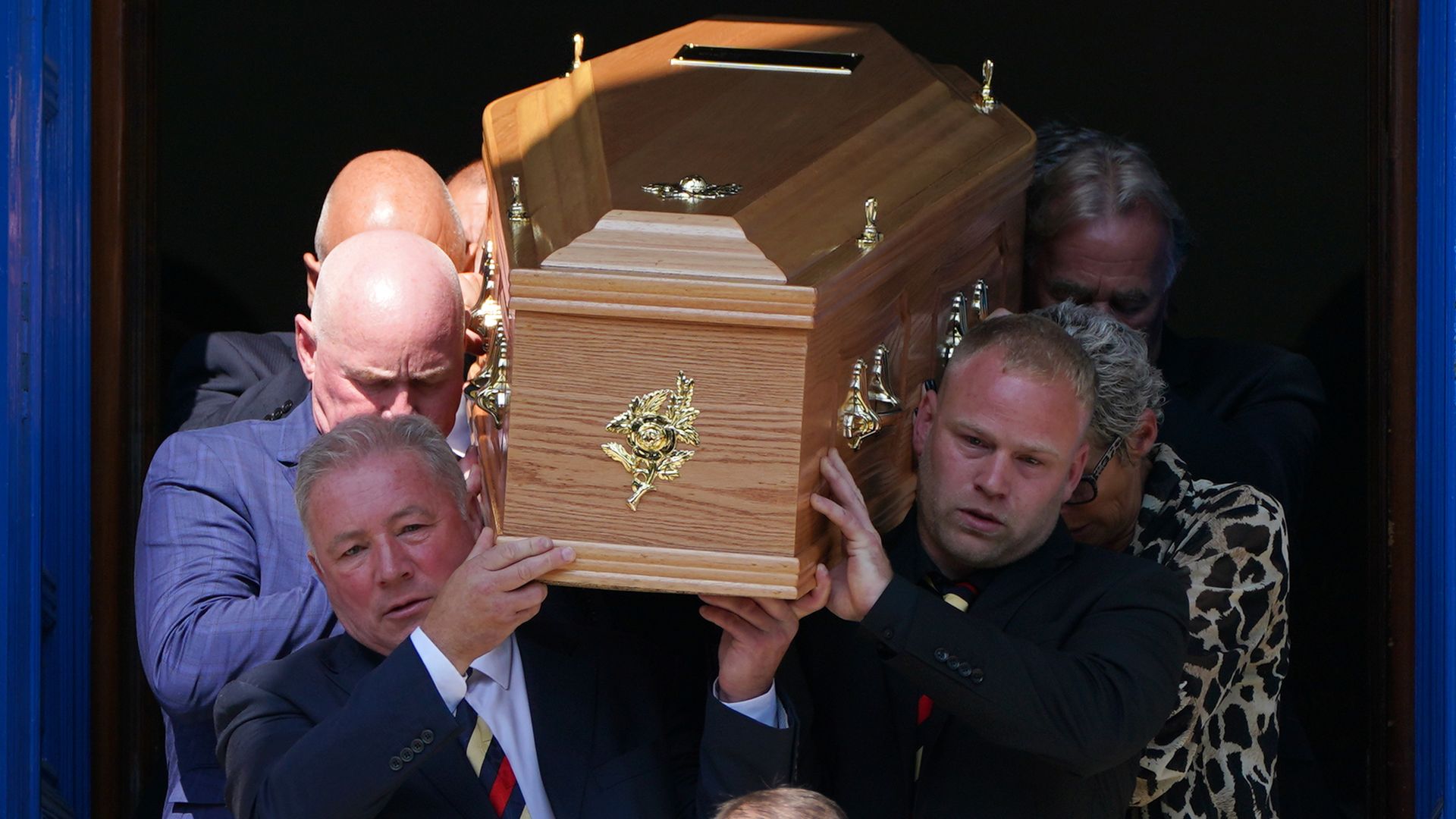 ‘A one off’ – Goram remembered at unique funeral

Rangers players and fans have paid their last respects to goalkeeper Andy Goram as his funeral took place in Glasgow.

The former Scotland international footballer and cricketer died aged 58 earlier this month after a short battle with oesophageal cancer.

Goram’s former Scotland and Manchester United manager Sir Alex Ferguson was among those who attended the funeral at Wellington Church in the city’s west end on Monday afternoon.

Former Rangers players Ally McCoist and John Brown and ex-goalkeeper Alan Rough, who played alongside Goram for Scotland and Hibernian, were among those who carried the coffin into the church.

Former Scotland manager Craig Brown said he felt the service was a “one-off”. 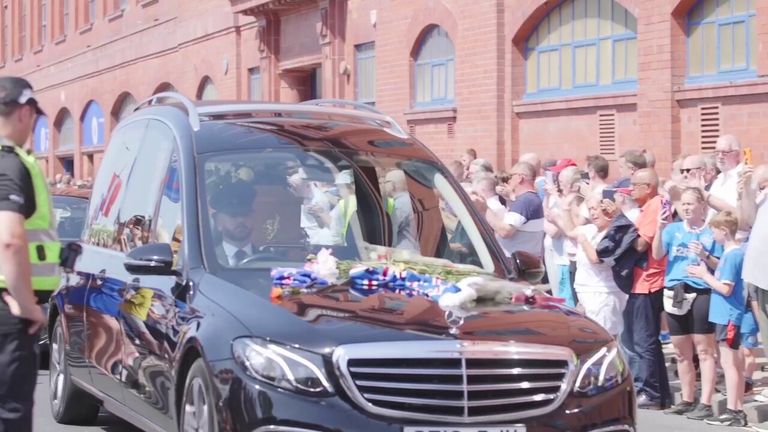 “He was a guy who was loved by everyone. Even opposing players and managers, they respected Andy Goram. He was an outstanding goalkeeper,” said Mr Brown.

“Not only that, he was a wonderful personality. He wrote me a letter, which I still have, when he was leaving the (training) camp in America, and it’s a delightfully written piece of prose, and from his heart. And I think you could sense today that he was in everyone’s heart.

“It was a superb celebration. The sincerity, the touch of humour, it was very apparent.

“It was a unique service, I haven’t been at a similar service in the past. Andy had a big say in that apparently. He knew what he wanted for his service and I think he got it.”

A floral tribute from Sir Rod Stewart was placed inside the hearse. “One of Scotland’s finest. Rest in peace Andy,” it said.

About 20 fans who had gathered to pay tribute outside the church were ushered inside to hear the service after the coffin was carried in.

As the procession made its way along the road, fans applauded with many throwing flowers on to the passing vehicle.

Floral tributes were left on the main steps of the stadium, including one in the shape of a pair of goalkeepers’ gloves and others that spelled out “Goalie” and “Papa”.

Born in Bury, Goram began his career at Oldham Athletic before moving north to play for Edinburgh side Hibernian, then signed for Rangers.

After his time at Ibrox, he played for a number of teams in Scotland and England, including Notts County, Sheffield United and Motherwell for three seasons, as well as spells at Manchester United, Coventry, Queen of the South and lastly Elgin City.

As well as representing Scotland at football, he also played cricket for the country – and is the only person to have played a first-class international match at cricket as well as a major international football match for Scotland.