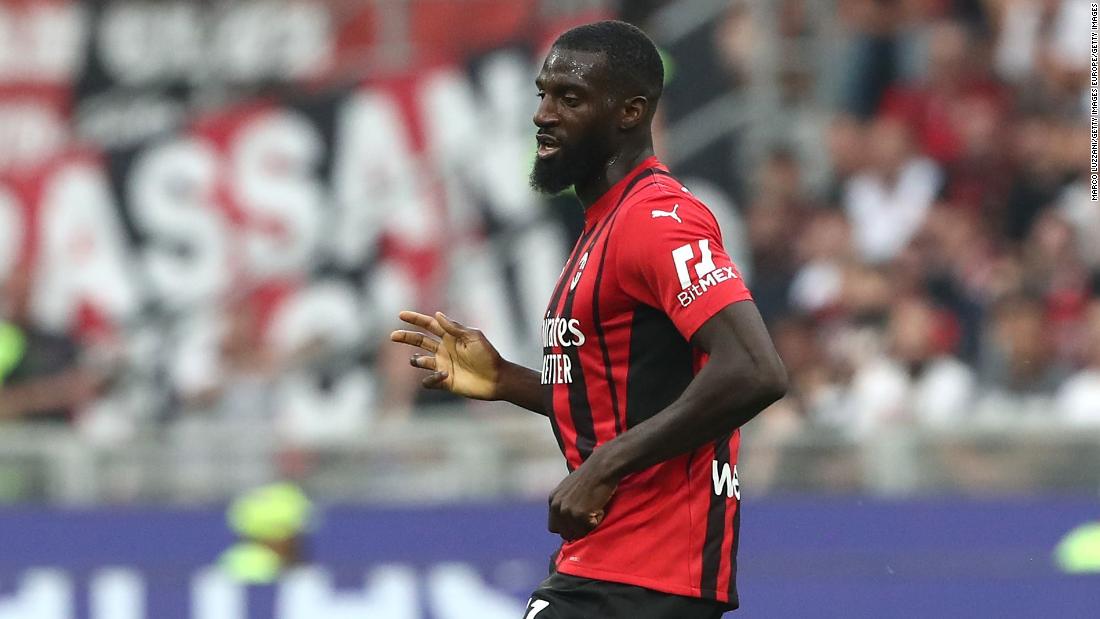 (CNN)Italian police say AC Milan midfielder Tiémoué Bakayoko was stopped by officers in what they called a “misunderstanding” before being released.

A video of the July 3 incident has been widely circulated on social media. It shows the 27-year-old French national being searched by an officer next to a police vehicle, while another officer points a gun at another car.

AC Milan confirmed to CNN that it is Bakayoko in the video but will not officially comment on the matter.

In a statement to CNN, the Milan Police press office said: “With reference to the video released today, related to a police check carried out against the Milan player Tiémoué Bakayoko, we underline that the check — occurred during an operation whose context justified the adoption of the highest security measures, also for self-protection purposes — was carried out in a manner that was absolutely consistent with the situation of danger.

“Once the person was identified and his being unrelated to the facts had been clarified, the police duties resumed regularly, without any kind of complaint on behalf of the person involved.”

The police added: “It was a misunderstanding, but colleagues behaved correctly.”

The midfielder is currently contracted to Chelsea but joined the Italian club last season on a two-year loan. He made 14 appearances in Serie A last term, helping Milan win its first league title in 11 years.