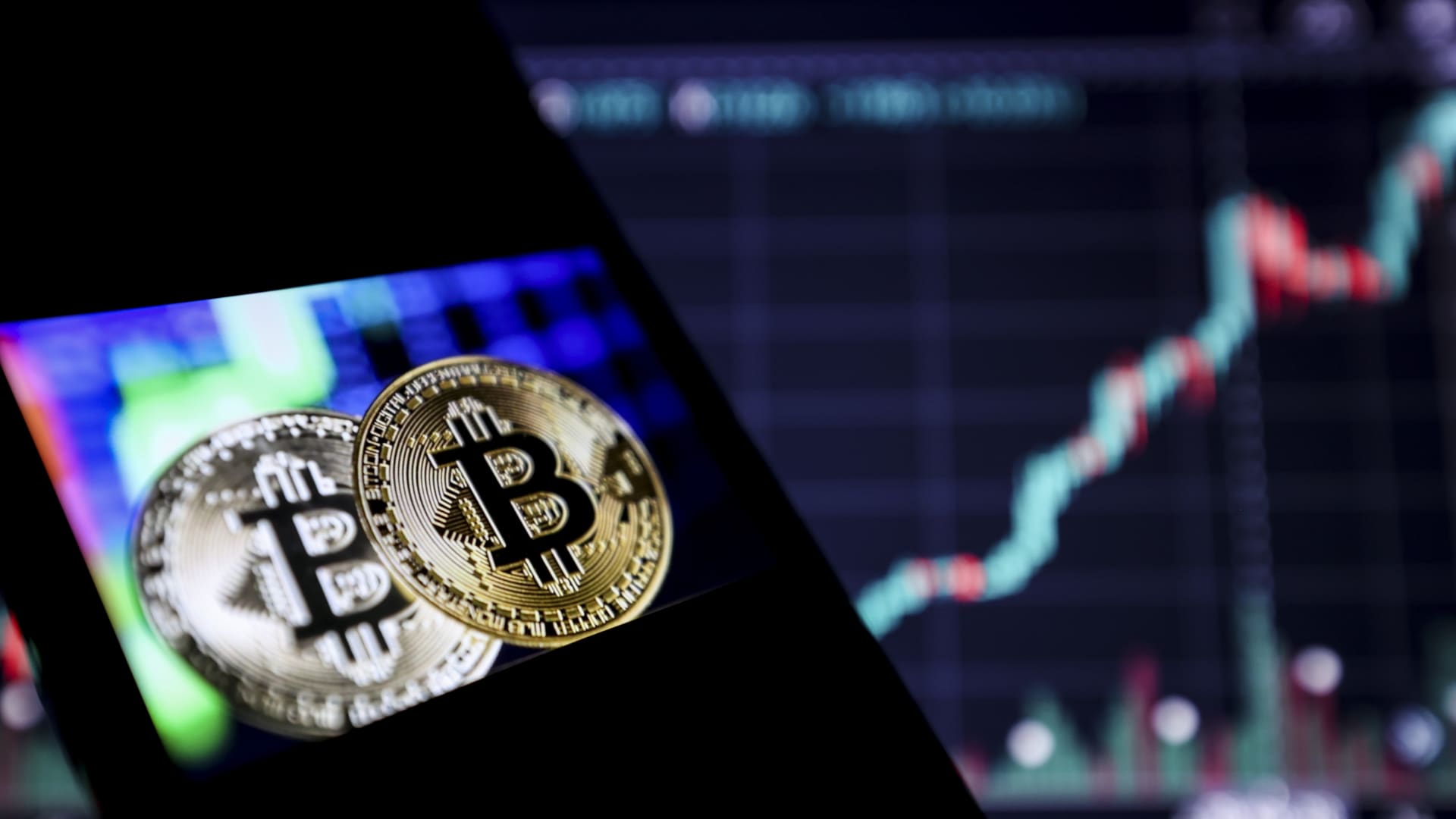 Bitcoin tops $22,000 as crypto market hopes contagion and shakeout is over; ether jumps 9%

Bitcoin and cryptocurrency prices have been under pressure in 2022 with traders feeling the fallout from a number of major collapses in the industry.

Bitcoin bounced above $22,000 on Monday, hitting its highest level in more than a month as the cryptocurrency market held out hope that the contagion and shakeout over the past few weeks is nearing its end.

Other cryptocurrencies also bounced with ether up more than 9% versus the price 24 hours ago and Polygon’s MATIC token up 16%.

The bullish sentiment was helped by a rally in stock markets in Europe and Asia. U.S. stock futures were also higher. Cryptocurrencies, in particularly bitcoin, has been closely correlated with equity market trade. Often, a rise in stocks will also lift sentiment in the crypto market.

But investors are also watching whether the carnage over the last few weeks, which has seen bitcoin near 70% off its all-time high that was hit in November and billions of dollars wiped off the market, might be over.

The price crash has brought the downfall of several high-profile companies in the space, most notably hedge fund Three Arrows Capital and crypto lender Celsius, both of which have filed for bankruptcy.

These collapses have caused contagion across the industry and seen other associated companies come under pressure.

Much of this has been caused by the huge amounts of leverage and borrowing that has taken place in this latest crypto cycle. Three Arrows Capital for example took out loans it was unable to pay back once the crypto collapse took place. Celsius, which offered customers yields over 18% for depositing their digital coins, took on high risk trading activities to earn the interest to try to give back to its users.

Crypto companies have been selling off whatever assets they have to try to meet their liabilities which has put pressure on the broader market.

Analysts say there are signs this contagion could be slowing.

“The worst of market contagion has likely run its course, with the majority of forced selling behind us,” David Moreno, research analyst at CryptoCompare, wrote in a research note.

Despite the rally, the crypto market is still suffering. Both bitcoin and ether are down more than 50% this year. Bitcoin had its worst quarter in more than a decade in the second quarter.

Analysts are still not convinced of any significant move higher in the near term.

“Given the severely negative performance in Q2, it is unsurprising that a ‘relief’ bounce has occurred. We believe the market will continue range-bound over the coming months,” Moreno said.