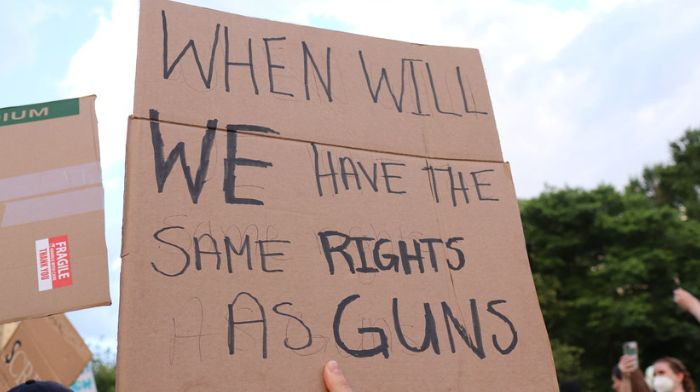 Do Democrats Value Abortion More Than the Constitution?

By Frank Miele for RealClearPolitics

In the days after the Supreme Court overturned Roe v. Wade, did you hear that former Vice President Mike Pence had called for a national ban on abortion?

That’s why I was all set to write a column lambasting Pence for taking an unconstitutional approach to the abortion issue. After all, one of the repeated arguments against Roe v. Wade was that the Constitution is silent on abortion, and that therefore the issue should be returned to the states for their individual decisions.

RELATED: Conservative Americans Can No Longer Conduct Business — And Commerce — As Usual

But then I decided to look up the dangerous pronouncement by Pence, and I discovered that he never called for a national ban on abortion. It was just more fake news from the mainstream media.

“Having been given this second chance for Life, we must not rest and must not relent until the sanctity of life is restored to the center of American law in every state in the land.”

In other words, he was imploring his fellow citizens not to be satisfied with abortion bans in Republican states, but to fight in every state to convince legislators that the life of the unborn is precious.

That is the appropriate battlefield for the post-Dobbs debate about abortion because if, as liberals have been telling us for the last 50 years, abortion is a health issue, then the federal government has no business writing laws about it.

Unfortunately, President Biden and the Democrats don’t understand that basic principle. Biden has gone so far as to demand that Congress enshrine the principles of Roe v. Wade by passing federal legislation to protect abortion rights nationwide.

“I believe we have to codify Roe v. Wade into law. And the way to do that is to make sure Congress votes to do that,” Biden told reporters in Spain last month.

But Congress has no such ability.

Article 1, Section 8 of the Constitution enumerates the powers of Congress. They are remarkably straightforward – and limited. Raise taxes, borrow money, regulate international commerce and commerce among the states, establish a process for naturalizing citizens, coin money and punish counterfeiters, establish post offices, establish copyright and trademark laws, establish lower courts, regulate pirates, declare war, raise armies and a navy, provide for calling forth the militia to execute the laws of the Union, suppress insurrections and repel invasions, and create and maintain a small district that shall be the seat of government.

In essence, that’s it.

And yet somehow now the Congress of the United States has the power to establish a massive bureaucracy to sell and regulate health insurance, control pollution, intimidate business, spend billions of dollars on something called COVID relief, send billions more dollars to Ukraine and other nations around the world, and of course if Democrats have their way, assume total and complete control over how elections are run.

These are just a few examples of an out-of-control Congress that hasn’t obeyed the limitations of the Constitution for well over a hundred years, probably more.

Abortion is a perfect illustration of how the courts, Congress, and the executive branch have all conspired to change, without amendment, the very nature of our country from a loose collection of states held together by the need for a common defense to a monolithic dictatorship. Regulation of health services such as abortion is reserved to the states, not to the federal bureaucracy.

That’s because the Constitution does not give Congress any authority on health issues, and the Tenth Amendment says that unenumerated rights are retained by the states and the people.

Remember, before 1973 there was no constitutional right to have an abortion at all. That right was discovered by the Supreme Court in 1973 as part of a “penumbra” of privacy that had been “divined” in the Constitution a few years earlier, even though it had evaded discovery for the previous 175 years.

Now that Roe has been overturned, it doesn’t mean that abortion has been outlawed, as some alarmists would have you believe. Rather, it simply returns the right to regulate this medical procedure to the states, where it had always been handled before 1973.

Democrats are unhappy with that solution because they know that many states, perhaps a majority of them, will not approve of legal abortion. They claim that Republicans or the Supreme Court are trying to thwart democracy, but it is Democrats who don’t want voters to decide.

The question that needs to be posed to all the left-wing politicians and protesters lamenting a world without Roe v. Wade is, “Which is more important – the Constitution or the right to abortion?”

Frank Miele, the retired editor of the Daily Inter Lake in Kalispell Mont., is a columnist for RealClearPolitics. His new book, “What Matters Most: God, Country, Family and Friends,” and his earlier books are available from his Amazon author page. Visit him at HeartlandDiaryUSA.com to read his daily commentary or follow him on Facebook @HeartlandDiaryUSA or on Twitter or Gettr @HeartlandDiary.