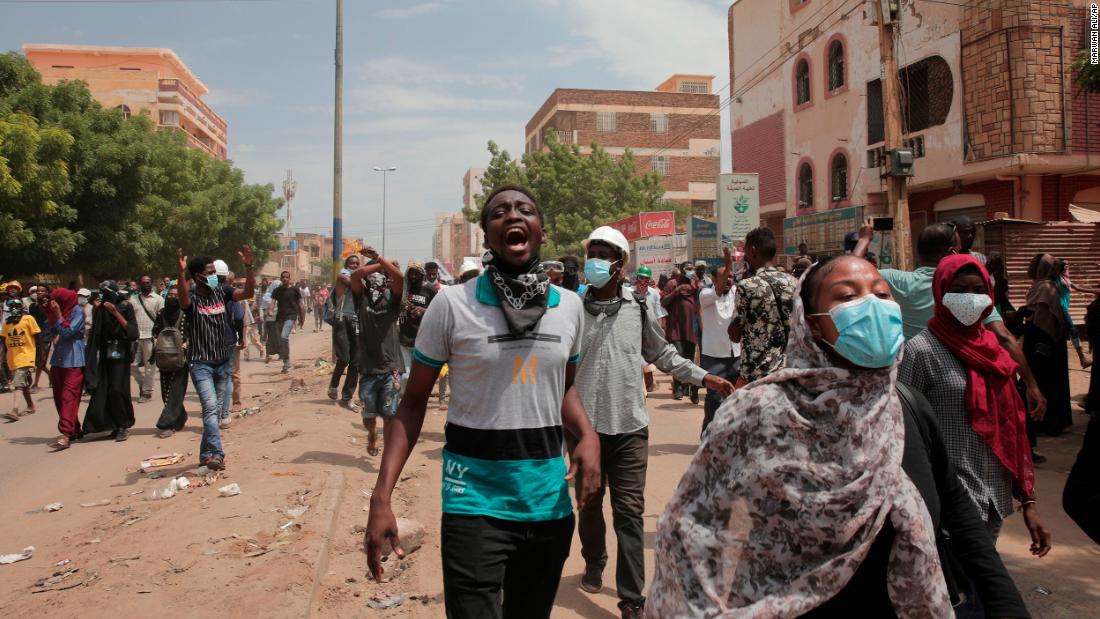 Khartoum, Sudan (Reuters)Security forces fired tear gas as Sudanese protesters marched in the capital Khartoum on Sunday against the country’s military leadership, holding it responsible for an outbreak of violence in Blue Nile State.

More than 30 people were killed and 100 injured in tribal clashes that started last week between the Hausa and Fung tribes in the southeastern state, close to the border with Ethiopia, according to Sudanese officials and the United Nations.

Authorities said on Sunday they would reinforce the security presence in the state and investigate the clashes. A curfew has been declared in two towns.

Protesters in the capital carried signs reading “Stop Civil War,” “Blue Nile is Bleeding,” and “Cancel the Juba Peace Agreement,” as they marched towards the presidential palace.

There have been sporadic outbreaks of violence in several parts of Sudan including eastern coastal regions and western Darfur, despite a nationwide peace deal signed by some rebel groups in Juba in 2020.

The anti-military movement, which has carried out a campaign of protests since a coup in October 2021, has accused the military of stoking internal conflict and failing to protect civilians.

“The continuation of the coup means more death as we saw in Blue Nile, Darfur, and other places,” said Mohamed Idris, a 43-year-old protester in Khartoum.

Military leaders have said their takeover was necessary to preserve Sudan’s stability amid political infighting, and that they are working to build on the peace deal in Darfur and other regions.